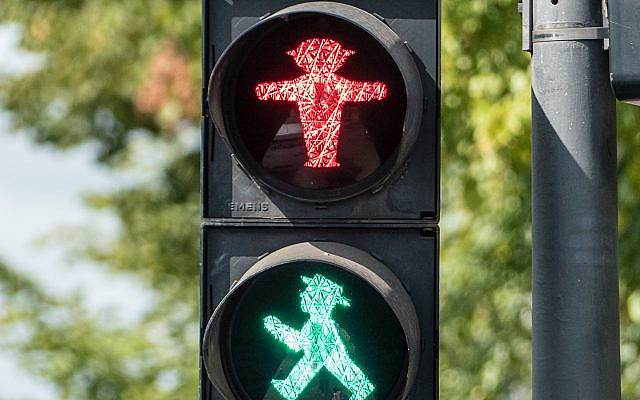 Today, I had a run in with the police. Luckily, the policeman who stopped me was open to reason.

I had driven through a red light. Most readers will, of course, see this as an illegal act – a crime. But I belong to a Group that does not accept the country’s traffic lights. We believe in personal freedom, the right to decide for ourselves which colour light means stop and which means go. It is not for the government to dictate which colour means what. After all, we do not live in a dictatorship.

Of course, this is not my personal decision. In my Group, we all abide by the decree of our leader, a man of many years and much wisdom, even if he has never driven a car.

The policeman listened to my explanation. The traffic light is there to ensure your safety and the safety of others, but I will check with my superiors, he said, pulling out his radio. It did not take long. Are you with the Northern Branch Group or the Southern Branch Group, he asked with his notebook ready in his hand?

The Northern Branch, I replied confidently, even though I knew that neither Branch accepts the country’s dictates.

The policeman snapped his notebook closed; he was not going to go against the Leader of the Northern Branch; that could cost him his job.

We in Israel are most fortunate that the country is run by the wise leaders of the Northern and Southern Branches. We see the sad state of the world’s so-called democracies. (It is a little-known fact that the very word ‘democracy’ comes from a subtle twist of ‘crazy demon’, a reference to the madman who thought up the demonic idea.)

Can you imagine a world where the colour of traffic lights is set by a bunch of nobodies sitting in a draughty old building whose main claim to fame is its picture on a bottle of sauce? (That’s HP Sauce for the non-Brits among my readers. Named for the Houses of Parliament, this iconic British sauce is now made in the Netherlands by an American company.) Many, if not all, of these nobodies have drivers who obey their commands without question, however absurd they may seem to be, and have no personal experience of traffic lights, red or green.