“In the shuffling madness
Of the locomotive *breath*,
Runs the all-time loser,
Headlong to his death” …

Yes, this pandemic in Israel is hurtling along like a runaway train and we have lost control.

On Wednesday night, Israel announced 6792 daily infections. In the last 24 hours, 37 more patients finally succumbed to this deadly virus after months of lying in limbo between Heaven and Earth, on ventilators.

God promised Abraham that his children will be as numerous as the stars in the sky. Last night, thirty-seven new stars rose to the heavens, and if you gaze up after sunset you will see them shining brighter, glinting with freshness in their newfound place of rest.

I think about 37 families left devastated. Children left without a father or a mother. I am filled with a deep sadness when I think about a grandmother who will never hug her young grandchildren again, and a grandchild whose memory of her is already beginning to fade until it becomes hard to remember the feeling of her soft embrace or the way her cheeks crinkled when she smiled.

It was against this backdrop that last night out Prime Minister addressed the nation. It is obvious that something has to be done. However, doing something just for the sake of showing that you are doing something, without a plan and without a strategy about what will change during this lockdown, seems more like just another sleight of hand by “the magician”, acting out of panic, trying to buy more time, in an attempt to put off actually doing something which can change the trajectory of this crisis. And as usual, he offered nothing material to help us see where we go from here. He gave us nothing to hope for, except for an empty, ephemeral promise in Trumpian fashion about a vaccine – “It’s coming! You’ll see. Very soon”.

This address was nothing like the smug, self-satisfied press conferences he held in March and April on a regular basis to congratulate himself on his leadership and boast about how other countries are phoning us, Israel, to get advice on how to deal with the pandemic.

No, this address came after six months of mismanagement, mixed messages, and a complete lack of leadership.

It came after our bloated government, formed specifically to deal with the Coronavirus crisis argued and negotiated about every single issue under the sun except the Coronavirus.

It came after six months in which instead of devising a calibrated and organized exit strategy from the first lockdown, he arranged for himself a million shekel tax rebate, and indulged in arm wrestling with Gantz about the budget and maneuvering for a fourth round of elections. Not to mention the usual demagoguery about his trial. All this as if we weren’t afflicted by a deadly virus with a burgeoning infection rate and a collapsing economy.

It came after almost all the cabinet ministers (and you have 36 to choose from) were exposed for the pompous pretenders they are, filled more with their sense of self-importance than their sense of service to the public. It came after it was clearly demonstrated that personal example was not part of their playbook. Whether it was Netanyahu hosting his son, who lives away from home, for the Seder night after telling us we couldn’t spend the Seder with our families – and Rivlin doing the same, or Miri Regev hosting an ostentatious ceremony to open a junction on the very day restrictions were announced, or Minister of Health Edelstein celebrating his wife’s birthday with 47 “close friends” (47??), after announcing to the public that public gatherings were to be limited to no more than twenty – whatever it was, the message was clear. The edicts our leadership passes down to us, their subjects, do not apply to them. And this was made abundantly clear when after these incidents were made public, not one of them was publicly reprimanded – let alone dismissed! This is Israel, not Europe, after all. 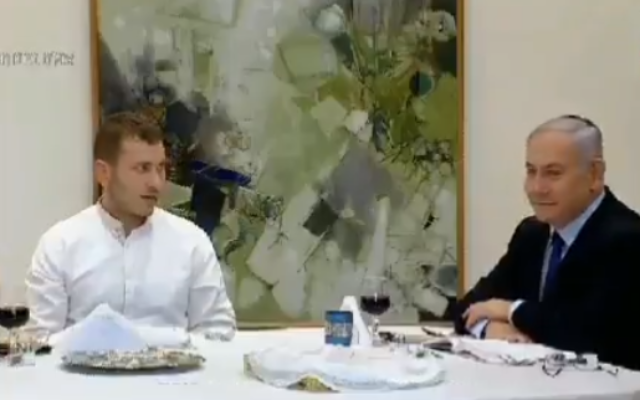 Netanyahu hosting his son on Pesach after telling Israel not to invite family for the Seder (Courtesy timesofisrael April 8 2020, video screenshot)

In light of this, it would be reasonable to expect that Netanyahu, after his typical Hebrew imitation of Marc Anthony’s salutation “Ezrachei Yisrael!” would begin his speech with some humility, a form of apology, an admission of remiss, or perhaps a taking of responsibility. But no! Not one word about how he has failed us in our time of need. He launched straight into admonishing us.

He berated us for our lack of discipline and disobedience. He blamed us for being careless, not keeping social distance, and not wearing masks (as if we didn’t see him at the White House, without a mask and not keeping social distance). He went on about how the demonstrations are Coronavirus hatcheries (convenient, but unsupported by any empirical evidence). He rebuked us that because of our behavior the health system is straining, and hospitals are bursting at the seams, and how irresponsible that is of us (when for more than a decade there has been no investment in health, no increase in job slots for medical and nursing staff, and no extensions to provide for more beds, despite the increase in the population of about two million). And therefore we have brought this lockdown on ourselves.

And yes, many of us have been ill-disciplined and cavalier. We, the public must bear some responsibility.

But that is also like blaming the passengers on a rudderless ship for drifting astray. What do you expect when our leadership, by their own behavior has lost all credibility? How can they expect us to adhere to the rules when they don’t? They have lost all moral authority to tell us what to do. And when that happens, you need to revert to the enforcement of the law, because there can no longer be any expectation of voluntary adherence to the law. At least not for those whose businesses have gone bankrupt, or who have lost their jobs and they need to feed their families.

He concluded with a witty allusion to the Yamim HaNora’im which fell flat and it struck me as I watched him and the brazen, unapologetic manner in which he preached to us that with three days to Yom Kippur his speech should have been different. 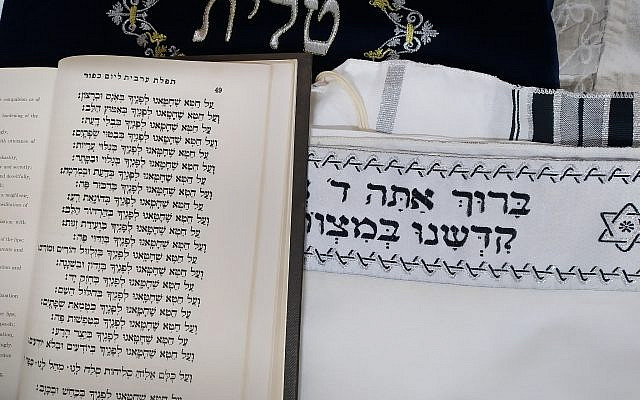 The על חטא prayer for Yom Kippur (Own album)

The following is what I think he should have said:

Pardon, I beseech thee, my iniquity. I place myself at your mercy and ask you to forgive me.

(And while pounding his chest, instead of the podium),

ועל כולם אזרחיי סליחות. סלח לי. מחל לי. כפר לי
And for all of these sins my citizens, forgive me, absolve me and grant me atonement.