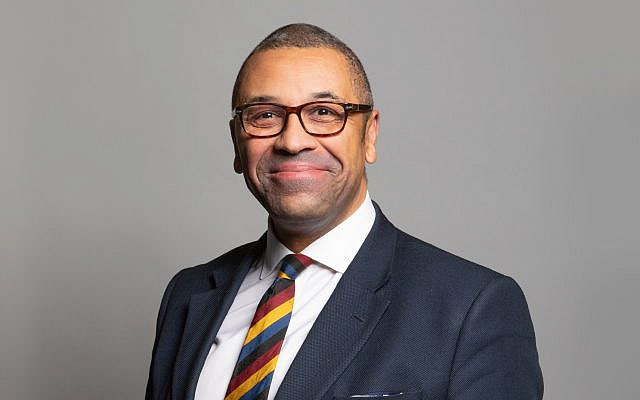 On Thursday 24 September 2020 a debate took place in the House of Commons on a motion proposed by Labour MP Stephen Kinnock, asking the House to consider the “settlement and annexation of the Occupied Palestinian territories.”

Mr Kinnock did not beat about the bush. He damned with faint praise the recent ‘normalisation’ agreements signed by Israel, the United Arab Emirates and Bahrain, because these so-called Abraham Accords did not address the apparent root cause of the Arab-Israeli conflict, namely “illegal Israeli settlements” on the West Bank. Nor would building the route to peace be facilitated by asking the Palestinians to compromise: “the Palestinians have already ceded 78% of their land to Israel. How much more can they be asked to compromise?”

When Mr Kinnock had unburdened himself of these sentiments other mainly (it has to be said) Labour MPs spoke in his support. It was left to Conservative MP Christian Wakeford to offer a spirited critique.

In due course Mr James Cleverly, the Minister of State for the Middle East, replied on behalf of Boris Johnson’s government. It was the most important speech of the debate. But before I explain why I need to fill in some historical background.

The Arab League’s refusal to support the Palestinians on 9 September means that what we have all customarily referred to as ‘the Arab-Israeli dispute’ is more or less over. Four Arab states (Egypt, Jordan, Bahrain & the UAE) have now concluded peace agreements with Israel. Others, that have not yet concluded formal agreements, do however enjoy de facto diplomatic, security and economic relations with the Jewish state. The only regional ally of any significance that the Palestinian leadership can now rely on is the Islamic Republic of Iran (which is not of course an Arab state) – and the more it does so the greater will be its isolation in the Arab world.

That is the grim reality that the Palestinian leadership now faces. But this reality was not reflected in the debate that took place in the House of Commons on 24 September. Nor, in his response to the debate, did Mr Cleverly give any indication that the present UK government welcomed or even recognised this reality. It was, nonetheless, a very important speech.

On 23 December 2013 the Security Council of the United Nations passed, by 14 votes to zero, with one abstention, Resolution 2334, the wording of which amounts to a sweeping condemnation of  Israeli (by which is of course meant Jewish) settlements on the West Bank, specifically including East Jerusalem. The resolution declared that these settlements had “no legal validity,” were “a flagrant violation under international law,” and “a major obstacle to the achievement of the two-State solution.”

The explicit mention of East Jerusalem had a purpose, which was to indicate that those countries that supported the resolution did not recognise the legality of Jewish control either of the entire City of Jerusalem, or of the Old City or its Jewish Quarter or the Western Wall. Indeed the resolution went out of its way to unambiguously refer to East Jerusalem as “occupied Palestinian territory.”

Normally such resolutions would have attracted customary veto by the United States of America. But in an act of spite against Israeli prime minister Bibi Netanyahu, the US president, Barack Obama, in the final days of his presidency, declined to authorise such a step. Instead the USA merely abstained. The UK, as a fellow permanent member of the Security Council, could also have exercised a veto. Its government declined to do so. Indeed even an abstention was considered out of order. The UK government – the government of prime minister Theresa May and then foreign secretary Boris Johnson – voted for the resolution.

In the aftermath of the passage of Resolution 2334 some hilarious attempts were made by elements of the British government to explain away British support for 2334 as a most unfortunate accident. There had – I was told – been a breakdown in communications between the Foreign Office in London and the UK’s ambassador to the UN across the pond. Downing Street – I was told – wanted a British abstention, but, most lamentably, Mr Johnson could not be contacted to convey this message to New York.

Even if this were true, a British abstention would still have permitted the resolution to pass. In fact, seasoned UN observers were adamant that the UK was actually a prime mover in terms of drafting, promoting and chaperoning the resolution. Its Conservative government did so because 2334 reflected and encapsulated Tory policy towards the State of Israel and its Jewish identity.

And so we return to the debate launched by Labour MP Stephen Kinnock in the House of Commons on 24 September last. In reply to this debate a Minister of the Crown, James Cleverly, speaking in the name of the British government headed now by Boris Johnson, warmly praised 2334 and British government support for it. He said (and I quote):

We want to see a contiguous west bank, including East Jerusalem, as part of a viable sovereign Palestinian state, based on the 1967 borders. In 2016, the UK supported UN Security Council resolution 2334, which states that Israeli settlement activity “constitutes a flagrant violation” of international law and “has no legal validity”. This is the long-standing position of the UK Government…”

Apologists for the present Tory government’s policy towards the Jewish state need to read Mr Cleverly’s words that I’ve just quoted, mark them, learn them and inwardly digest them. That they were uttered at all we owe to the initiative of Labour MP Stephen Kinnock. And so it is to him, on this occasion, that I extend my thanks.