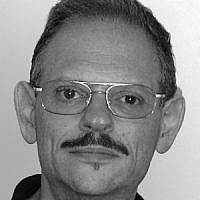 The Blogs
Don Radlauer
Apply for a Blog
Please note that the posts on The Blogs are contributed by third parties. The opinions, facts and any media content in them are presented solely by the authors, and neither The Times of Israel nor its partners assume any responsibility for them. Please contact us in case of abuse. In case of abuse,
Report this post. 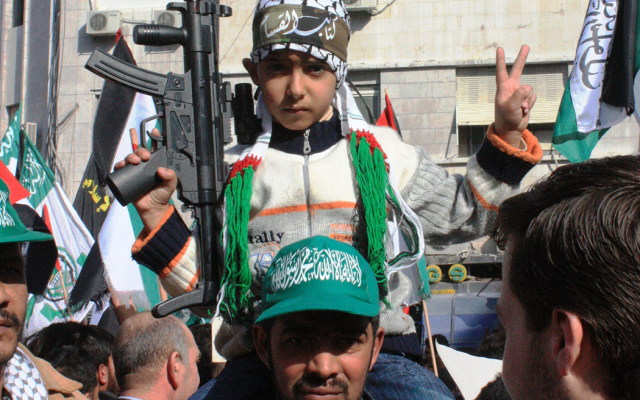 I recently engaged in a rather vigorous online debate with someone who complained bitterly that Israel, under pressure from the new US administration, had been forced to reach a ceasefire with Hamas before we could achieve a satisfying victory. Finally, he asked the following: “I’m really amazed that you don’t think we can make Hamas surrender — that you won’t even consider the possibility. Why don’t you think that’s an option?” Considering how many times I’ve heard similar questions over the years, here’s my response:

Asymmetric conflict and asymmetry of goals

Surrendering is what an army or government does when it perceives that defeat is inevitable, and it no longer has sufficient capabilities even to effectively negotiate a peace agreement. (It’s basically the equivalent of a dog rolling over and exposing its belly and throat.) Why does someone surrender? Because at a certain point, they judge that it’s the only way they can preserve something — their life (if it’s an individual) or some form of integrity (for a military formation or a government). Surrender is a viable strategy when the alternative to surrender is even worse than giving up the fight.

The problem in asymmetric conflict with an organization like Hamas is that on the one hand, they have very little positive motivation to preserve anything by surrendering; and on the other hand, as an organization whose whole existence is predicated on the idea of “muqawama” (typically translated as “resistance”), they would lose literally their entire claim on legitimacy were they to surrender or even negotiate a full peace agreement with Israel. Either option would be contrary to their classic “long war” strategy, which encourages them to go from defeat to defeat in pursuit of an imagined eventual total victory.

The cult of martyrdom

Why do I say that Hamas has little motivation to preserve anything by surrendering? There are several reasons. For one thing, much of their ideology is based around “martyrdom” — even if their senior leaders aren’t personally very enthusiastic about becoming “shahids,” the organization lionizes those who “achieve martyrdom” and, to the extent that the “martyrs” are Hamas members, uses their “martyrdom” as proof of the organization’s purity and dedication. Preserving the lives of innocent Palestinian civilians is not a priority: they, too, are “shahids,” and their deaths are useful to the organization and its cause. Saving lives is one of the best reasons to surrender once you know you’re beaten — but it’s simply not a priority for Hamas.

It’s also worth noting that since Hamas is not legally recognized as a government, and its forces are not a traditional uniformed army, they can basically “fade into the woodwork” when necessary — again, a factor that significantly reduces the motivation for surrender, since they can effectively disappear and reappear when they deem it advantageous to do so.

Another factor is that both military and civilian infrastructure in the Gaza Strip is funded by overseas actors — nowadays, principally Qatar and Iran, with additional civilian aid from multiple sources. To the extent that such infrastructure is destroyed in combat with Israel, it will be replaced at no cost to Hamas — so again, what motivation would they have to surrender? (At some point, of course, “donor fatigue” can set in — but it’s worth noting that Hamas will typically wait some time between major confrontations with Israel, so the average annual reconstruction budget doesn’t get too high. And so far, they’ve always managed to find new donors when old donors get disenchanted.)

Prospering in the ecosystem of resistance

Finally, there’s that business about “muqawama.” Remember, again, that Hamas’s “customers” are not the residents of the Gaza Strip; they are the nations that fund Hamas, and to a degree Palestinians residing outside the Strip (and other “pro-Palestinian” activists) who look to Hamas as the leader of the “resistance” but do not actually have to live under Hamas rule. The “product” that Hamas is “selling” is not peace, prosperity, good government, or any of the other things that an ordinary government attempts to provide; it is “resistance” and only “resistance,” and thus to surrender would mean abandoning any claim to legitimacy. When your only product is resistance, you can’t surrender (that is, abandon resistance) without ceasing to exist! And no organization surrenders just so it can die.

So yes — “getting Hamas to surrender” is an impossible, foolish, fatuous notion; and anyone who thinks it is an achievable or reasonable goal fails to understand the first thing about “long war” theory. We can learn to live with occasional outbreaks of Hamas violence; we can take measures to reduce the damage Hamas can do; and we can try to make some kind of peace with the Palestinians, leaving Hamas as an embittered, increasingly irrelevant husk — but whatever we do, Hamas will not surrender. They simply can’t.

About the Author
Don Radlauer is a veteran international lecturer and author on fatality statistics in low-intensity conflict, virtual communities as pathways to radicalization, rational-choice deterrence and its applicability to counter-terrorism, and the laws and philosophy of warfare.
Related Topics
Related Posts
Comments