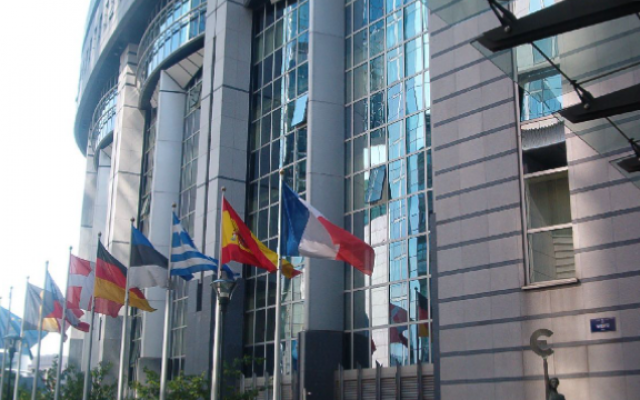 Yair Lapid is seeking to open a new chapter in Israeli – EU relations, after the EU took action against Israel related to the territories.

In fact, enshrined in the EU-Israel association agreement, is an article that says both sides will hold formal political dialog every year. But since 2012 there has been no “Association Council”, until of course this week.

Economically, things continued as normal, but politically, relations deteriorated and the EU were not willing to improve the relationship or hold an association council meeting, as long as Netanyahu remained prime minister.

The EU had previously linked relations with Israel, to the Palestinian “peace process” which came to a halt in 2014 after Mahmoud Abbas announced he would not return to the table.

The last document Israel signed with the EU was in 2004. Lapid will be looking to upgrade this trade agreement on the basis that 70% of the Israeli economy is “services”.

The EU recognise that Israel is a developed country and half of Israel’s exports to the EU come from service sector. So Lapid’s objective is to increase the economic prosperity for both sides. But this is an extremely ambitious aim, because some of the EU’s most fierce critics have an agenda against Israel.

The EU wish to be part of the Middle East peace process and have a decisive say. Lapid told foreign ministers in Brussels, “It is no secret that I support a two state solution. “But if there is a Palestinian state, it must be a peace loving democracy. “We cannot be asked to take part in the building of another threat to our lives” he said.

The EU don’t know Bennett. They have heard he is a right-wing extreme religious figure, mostly from journalists and NGO’s. But the EU also recognise that because the government is made up of parties from the extreme left to the right, it is extremely fragile. Therefore it will not push too hard on the Palestinian issue, or the government may fall apart.

However because the EU was quite happy to oppose the Netanyahu government, the EU is currently challenged.