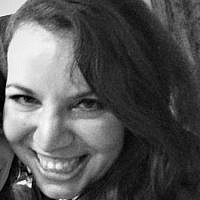 The Blogs
Ariella Newberger
Apply for a Blog
Please note that the posts on The Blogs are contributed by third parties. The opinions, facts and any media content in them are presented solely by the authors, and neither The Times of Israel nor its partners assume any responsibility for them. Please contact us in case of abuse. In case of abuse,
Report this post. 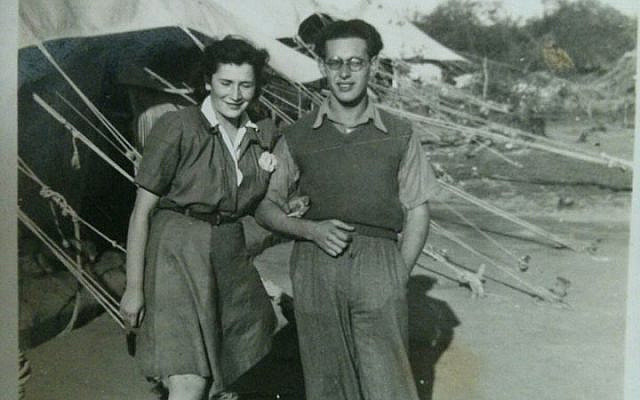 In the era of Covid-19, and the tremendous amount of premature losses therein, it feels like the loss of a 92-year-old Holocaust survivor barely warrants notice… But for our collective sake, I hope you’ll indulge and perhaps even benefit from my sharing with you the tale of a most formidable female in the person of my beloved Savta, how she never lost fascination with the world around her; and how she modeled to us the beauty of a life in which darkness and light continually intermixed.

Savta was a force to be reckoned with. Hailing from the same town as Eli Wiesel, Sighet, Hungary, she lived through the worst that humanity could inflict upon one another. She endured the same torturous trajectory that he did, from thriving countryside Yiddishkeit to sudden ghetto confinement… to cattle car… to selection line… to Auschwitz barrack… to Death March… to miraculous Revival. Astoundingly, not only did she survive, but all three of her sisters did as well, and their mother. Her father Rabbi Yaakov Reisel, a proud and brilliant scholar and fruit trader, did not. Though he could have hidden his family among the non-Jewish farmers he did business with, he chose not to, and was murdered upon arrival at the notorious death camp. The fate of their extended family was equivalent to his – seven out of nine branches of a thriving Viznitz Chassidish family tree were severed “c. 1944”, upon arrival at Auschwitz.

The two slender branches that continue to the present day consist of our third cousins descending from my great-grandfather’s sister that moved to Brooklyn before the Holocaust, and the descendants of Rabbi Yaakov Reisel himself and his wife Raiza — us.

In her survival, my grandmother designed her own rebirth at 18 years old, renaming herself Tirza; leaving behind the Hungarian name Rosalia and all that name endured. She never would tell us the specifics of what she heard, saw, smelled, and feared… which only caused us to be ever more curious.

We knew certain facts that made us proud and hunger for more —  that they somehow got her youngest sister Yaffa moved from a different barrack to theirs the night before she would have been gassed; that she survived a bombing by the British Airforce of the gun factory that she was forced to labor in; that during the Death March she, out of all her sisters, was the one to carry her mother on her back and somehow was not shot for doing so.

And though these are mental images evocative of Wonder Woman, these were not the things that my Savta wanted us to think of when we spent every summer with her and my beloved grandfather. She wanted us to eat chocolate cake and grilled cheese, play chess with Saba, swim, draw, and sing.

The summers we spent visiting my grandparents in Jerusalem are without a doubt the best memories of my life – filled with vivid sights, sounds and smells I eagerly consumed and imprinted upon my emerging consciousness. Gentle breezes flowing into their fourth-floor terrace while the August day cooled into evening, clear smells of pristine Jerusalem air, warm sticky sand in playgrounds, cottage cheese in halved green peppers, tall bookshelves stacked with Talmudic volumes, a crystal chandelier, European tourist trinkets, Saba’s infectious laugh, the rich alto notes of Savta’s melodic singing, her perfume, and so much pure grateful love.

My grandparents’ love story is, in fact, one for the ages. The Shabbat before my bat mitzvah, as twilight fell on Staten Island in late May, my Saba shared it with me. Tirza Reisel met Avigdor Bittmann in 1946 at a DP Camp in Europe that was focused on training youth for life in the anticipated Jewish state. He was sent by his superiors to scold her for being a snob who did not get along with the other young women in the camp. Instead, he fell in love with the striking, sharp-eyed, intelligent and dark-haired beauty. She loved the way he beautifully led prayers with depth of feeling, though she and God were not on speaking terms. The two young vibrant survivors got engaged on a ship to Haifa, and were tear-gassed at the port. They waited out the declaration of a new Jewish homeland among the dusty tents of Cypress, and then waited out my grandfather’s service in the War of Independence to get married.

Despite the joy my Saba brought into her life, my Savta was still burdened with understandable melancholy… and the medical advice she got at the time was to have a child. Along came my mother, named in the vein of what her birth was hoped to bring to my grandparents – a new era of personal peace and pleasantness. In other words, Naomi. As their only child for 8 years, my mother has memories of a childhood surrounded by adults both old and young, some of whom would talk about their harrowing experiences and some of whom would not. All of them were obviously deeply altered people, and my mother remembers vividly that my great-grandmother Raiza Reisel always wore a black tichel… Why? Because she had vowed in Auschwitz to never wear a beautiful sheitel again if her husband did not survive.

To be born with the responsibility to be The Pleasantness in the lives of the many traumatized adults around them is no easy role for a child, and my mother assumed it with grace. It informs everything about her. She modeled to us as children what it means to lead a community by opening our hearts and home to the people that my father was the rabbi of in our Staten Island congregation. We know how to lead with all the discrete strength of true compassion for the needs of others due to her example.

To say that the women in our family are strong is too simplistic. Resilience, vulnerability, love, darkness, overwhelming responding light – they all course through us. We know heartbreak. We know defeat. We know our resulting skepticism. We know our nevertheless enduring commitment. We know how to actualize our own revival, with help from just the right people at just the right time. How could we not when we have such DNA running through our veins?

The shadows of the Holocaust and their long psychological reach have impacted our family in a very deep way. We know what it means for there to be inherited trauma, and post-traumatic stress never dealt with. Those are the very things that in turn inform our concern for all groups that suffer, Jewish or not.

In every day of her post-Holocaust life, Tirza Bittmann lived according to her own rules and could never be prevailed upon to reconsider them. Yes, this was often just as frustrating as it was admirable. She attained degrees as an adult and built a career she was incredibly proud of, representing the government of the State of Israel in business auditing. She was interested in everything, and always knew the state of politics in Israel and the wider world. She doled out coveted dating advice and provided sharp insights into the character of all her grandchildren while loving every bit of them fiercely. She gloried in becoming a great-grandmother. We gave her great joy, and I will always be fulfilled in knowing that.

On Friday April 10th 2020, 92-year-old Tirza, who was being hospitalized for pneumonia, decided it was time to join the husband she loved so, and was parted from nearly 20 years prior… just as she had decided everything else in her life on her own terms. We mourn the vacuum of her gravitational force departing from our world.

In this era of tremendous, senseless loss, she is but one of many to be lost to Covid-19. Next week on Yom HaShoah we will mourn the loss of six million souls that did not have the opportunity of revival that she had, all while our collective grief knows many current sources. For our family, Tirza Bittmann commands our full focus and our deepest hope for a world in which Formidable Compassion is the governing force of our future – perhaps even at the hands of some wise women that know how to enrich the lives of many with subtle indomitable strength, and is given all the longevity to thrive it deserves.

About the Author
Ariella Newberger is an educator living in New York City. She is a traditionally observant Jew committed to a Judaism informed by feminism and awareness of its social responsibility towards all humanity.
Related Topics
Related Posts
Comments