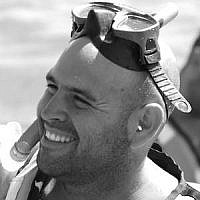 The Blogs
Benzi Green
Apply for a Blog
Please note that the posts on The Blogs are contributed by third parties. The opinions, facts and any media content in them are presented solely by the authors, and neither The Times of Israel nor its partners assume any responsibility for them. Please contact us in case of abuse. In case of abuse,
Report this post. 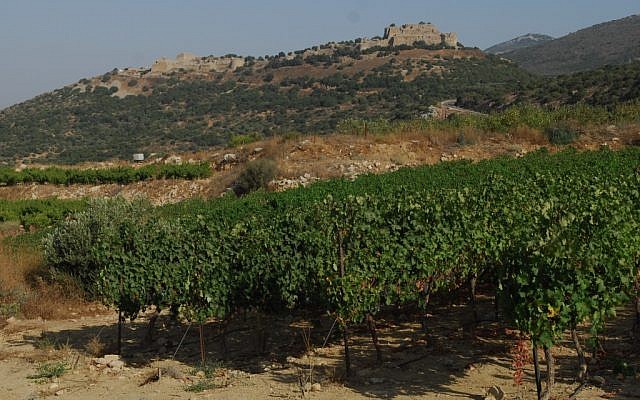 This week, Jews around the world will observe the holiday of Passover. Traditionally, during the course of the seder the participants drink four cups of wine. If you take notice, during times of sanctification we use wine. Yet, when was the last time one really took the time to think about the significance and origins of the wine that we drink? More specifically, the wine that comes from the land of Israel.

In biblical times, the role of grapes and wine in Jewish culture was culturally and religiously significant. In addition to Talmudic texts discussing the importance of wine in Jewish culture, Greek sources point out the high class taste of wine coming from the lands of Israel. However, beginning with the Muslim conquests in the seventh century, the landscape and culture of cultivated Israeli grapes almost became extinct.

The idea of trying to trace the indigenous grape strands unique to the land of Israel began a few of years ago with Dr. Shivi Drori, a researcher at Ariel University and the Samaria and Jordan Rift Research and Development Center. A research team under his auspices began tracking and mapping the grape strands found in the wild across Israel trying to trace their origins.

Today, a few years and a couple of hundred samples later, DNA sequencing and genetic analyses are being conducted, drawing up a genetic map of the various strands found across the land. Cross examination with grape strands from Europe showed that over 40 percent of the strands found in Israel are unique to the land of Israel, establishing phonological independence from the European strands.

Further research conducted on specific strands has revealed a correlation to grape strands mentioned in the Talmud, which were known in the production of local wine. This ultimately led us to produce wines based on some of the ancient strands that were found. Based on scientific research, we were able to re-establish a link thousands of years old, enabling us to produce modern-day wine based on strands mentioned in Jewish sources.

Another field of research involved in the discovery and analysis of ancient grape strands lies in the field of archeological DNA. A year ago, during archeological excavations in the City of David, an intact wine vessel with the seal of Yayin Nesach (Libation wine) dating back to the time of the first temple was discovered. Hidden inside the container were raisins. The raisins together with seeds discovered at various ancient wine presses around the land were gathered, and DNA sequencing has begun. A dedicated staff has begun the work of extracting DNA from these specimens. It is our goal in this project to be able to extrapolate the DNA sequence of these ancient native Israeli strands, which will reveal the exact type of grapes served at the king’s table and used for worship at the Temple. In the future, after completing this sequencing, we hope to be able to plant vines from the specimens collected.

A third area of research is in the field of grape physiology and wine quality. It commonly understood that good grapes are required to make good wine. However, growing good grapes isn’t as simple as it sounds. There are many parameters to be considered in growing quality grapes. For example, canopy and cluster thinning, otherwise known as “green treatments,” are examined in order to understand and determine the best conditions for producing quality grapes. Dr. Yishai Netzer is conducting cutting edge research in the area of water irrigation in vineyards and its influence on grape quality. A sub-category of agricultural research correlates to matters of science and Halacha. Dr. Drori has conducted extensive research on grape pruning during shmita. While observing the biblical commandments of not working the land during the seventh year, fields still need to be tended. Research has shown that there are ways to prune vines without violating the prohibition.

Lastly, this unique combination of research projects constitutes what we believe makes us stand out. The use of scientific tools leads us to a clearer and deeper connection and understanding of our past and heritage. Through agricultural research, we are partially able to understand the way of life cultivated by the Jews who inhabited the land of Israel thousands of years ago.

Wishing you and your loved ones a very happy and healthy Passover.