The Blogs
David Bernstein
Free speech proponent in the Jewish world
Apply for a Blog
Please note that the posts on The Blogs are contributed by third parties. The opinions, facts and any media content in them are presented solely by the authors, and neither The Times of Israel nor its partners assume any responsibility for them. Please contact us in case of abuse. In case of abuse,
Report this post. 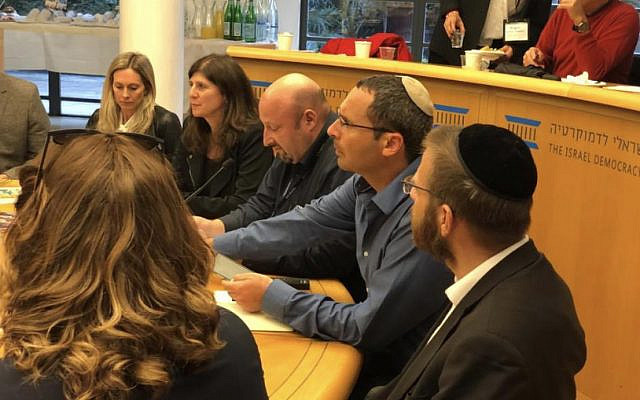 JCPA participants at a session at the Israel Democracy Institute. Photo by Haya Luftig.

My organization, the Jewish Council for Public Affairs, is on the final stretch of its annual mission to Israel. The next time you go to Israel, here are some mindsets you might want to bring with you:

A Rabbi friend once told me of his participation in a philosophy conference in Jerusalem. He said “I went there confused, and I left confused, but at a higher level!” Your trip to Israel cannot possibly resolve all uncertainty in a country replete with dialectical tension, multiple narratives, and downright contradictions, but you can leave with a better understanding of those tensions. Don’t be in a hurry to make judgments–there’s always time for that later–and come back confused at a higher level.

There’s a tendency among Americans, in particular, to come to other countries with a heavy bias toward the American system of democracy. Israel, however, is a very different place with a different national model, and applying these American standards will be decidedly unhelpful. For example, some American Jews may find Israel’s separate school systems for secular Israelis, religious nationalist Israelis, Haredi Israelis, and Palestinian Israelis to be discriminatory in nature. In the American context such a system would be dubbed “separate but equal.” However, unlike in the US, each of these segments of the Israeli public wants and even demands to have separate schools. They don’t want to be integrated in that manner. What works in one context may make no sense whatsoever in another. Be alert to these differences.

Soak in the culture

Being in Israel reminds us that Israel is a country, not a cause. When we are in the US, reading the newspaper or following social media, Israel is reduced to the story of the day. A conflict in Gaza. An election. A religious-secular dispute. Doom-and-gloom from our favorite columnists. It’s easy to reduce Israel to a headline. But when we come here, breathe the Meditarnean air, ride in a taxi, eat a falafel from the street, do a shabbat dinner with an Israeli family, we see a people living their lives in a dynamic, ever evolving society. We then can realize that no matter the controversy de jour, Israel is a nation and Israelis are a people. And they’re a pretty awesome (but imperfect) place and people at that. When we go back to our newspapers and smartphones, we will be better able to put it all in the proper perspective.

Don’t get caught up in a Jewish Disneyland

While some Jews come here judgmental and angry that Israel fails to live up to their highest ideals, others come here in perpetual awe, thinking Israel can do no wrong. As former Israeli Ambassador to the US once said, Israel is both a work in progress and a work of progress. Be on the look-out for both. 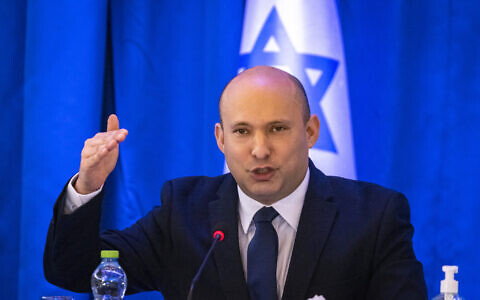 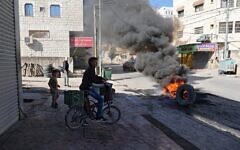 Iraqi culture official: We will push for peace with Israel until our leaders act
Lazar Berman