It finally happened. A journalist recognized Bethlehem for what it was — a tourist trap for anti-Israel activists from the West.

In a one-hour documentary “Battle in Bethlehem,” that aired on Sunday night, Fox News’ Pete Hegseth did what dozens of other journalists have failed to do: discover that most Christians in Bethlehem are a beleaguered population who must demonize Israel, remain silent about the sins of the Palestinian Authority and acquiesce to the notion that Jesus was a Palestinian (and not a Jew) if they are to live in peace with their Muslim neighbors.

Hegseth had some help from Jerusalem Journal editor Brian Schrauger who has been living in the West Bank for the past few years to highlight the atmosphere anti-Christian hostility in of all places, the city of Christ’s birth.

In sum, Hegseth was able to produce a Christmas miracle by telling the truth of what is actually happening in the city.

The odds of Hegseth pulling it off were pretty steep. Bethlehem has become a central part of the infrastructure the PA has built to demonize Israel.

Every year around Christmas time, Western devotees and admirers of Palestinian Christian Dhimmitude – an anti-Christian heresy that portrays the faith as an antisemitic submissive slave religion – start with the cartoons showing Mary and Joseph being unable to get into Bethlehem because of the security barrier. The implication is that Israel, the Jewish state, is an obstacle to God’s salvific plans for humanity by preventing the birth of the baby Jesus in the Holy City of Bethlehem.

Let’s call it “The Bethlehem Formula.”

Its overall effect is to portray Israel as an oppressor nation – akin to the Roman Empire – that offends Christian sensibilities by mercilessly recreating the conditions that made life difficult for the Holy Family. The practitioners of The Bethlehem Formula hit pay-dirt in 2012 when 60 Minutes Correspondent Bob Simon reported in a segment that the security barrier turned “the ‘little town’ where Christ was born into what its residents call ‘an open-air prison.’”

If anything is imprisoning the residents of the city of Bethlehem, it’s not the checkpoints, it’s not the security barrier, it’s not the guard towers, and it’s not the Israeli soldiers. It’s the corruption and cynicism of the corruptocrats in the Palestinian Authority who have successfully deployed Israel- and Jew-hatred as a unifying agenda to stay in power even as they silence and steal from the people they are supposed to serve and uplift. 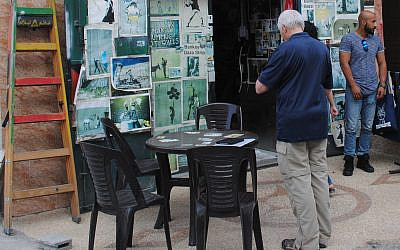 A more recent example of the Bethlehem Formula manifested itself came when Banksy, a grifter who has turned anti-Israel propaganda into a money-making proposition, created a nativity scene with the backdrop of the security barrier calling it “Scar of Bethlehem” and was covered by numerous news outlets.

Like I said, it happens every Christmas. When good Christians are supposed to be expressing thanks for the Incarnation, propagandists like Banksy and a whole bunch of others want us to offer up an imprecatory prayer that begins with the phrase, “Those Damn Jews and Their State!”

The fact that Christians affiliated with institutions such as the Bethlehem Bible College cooperate with this campaign is the true Scar of Bethlehem. Every even numbered year, the school hosts an event called Christ at the Checkpoint where speakers from the Palestinian Authority inveigh against Israel and Christian leaders from organizations like the World Evangelical Alliance allow themselves to be corrupted by PA propaganda. 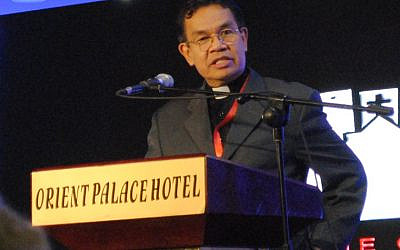 Ephraim Tendero, General Secretary of the World Evangelical Alliance at the 2018 Christ at the Checkpoint Conference hosted by Bethlehem Bible College. During his talk, Tendero called Mahmoud Abbas, a man who has inveighed against Jews, a “man of peace.” (Photo: Dexter Van Zile)

In 2018, Bishop Efraim Tendero, secretary-general of the World Evangelical alliance called Mahmoud Abbas, “a man of peace in this land.” It’s a questionable thing to be saying about a man who complained about Jews desecrating the Temple Mount with their “filthy feet” a few years ago.

The persistent deployment of the Bethlehem Formula has turned the city where Christ was born into a capital of anti-Jewish contempt and hatred.  It’s part of a campaign to bring money into the coffers of the PA. The fact is, Christians in Bethlehem are beholden Mahmoud Abbas, whose family is well known for living the high-life while rank-and-file Palestinians suffer from the economic effects of PA misrule.

Abbas needs the conflict with Israel to continue so he can stay in power and to that end, he keeps it going by refusing to negotiate with Israel in good faith, teaching young people to hate, rewarding families when their children murder Jews and by deploying a stable of privileged Christian dhimmis from Bethlehem to undermine support for Israel in the United States. The goal is to convince Christians in the West to embrace the anti-Israel propaganda and speak no ill of the Palestinian Authority.

The grift hit a road block on Sunday night when Fox News aired Hegseth’s one-hour titled “Battle In Bethlehem.” In this one-hour long documentary, Hegseth did what good journalists are supposed to do – dig.

Yes, Hegseth let Palestinian propagandists complain about the security barrier and declare it’s not about security but about control. But Hegseth also let Israelis explain why the barrier was built in the first place — because of terrible acts of violence perpetrated during the Second Intifada — attacks that were brought to an end by the construction of the barrier.

Hegseth even had the temerity to ask the proprietor of the Walled Off Hotel, a crypt of anti-Zionist propaganda located near the security barrier, about problems with the Palestinian Authority, whose leader, Mahmoud Abbas hasn’t been subjected to an election since 2005. The response was a weak and predictable, “it’s the occupation,” and “that we have no problems with the PA.” Why should an anti-Israel propagandist have problems with the PA? He’s onside!

Left unspoken is what happens to people who do talk about having problems with the PA. One poor guy was arrested and imprisoned a while back for liking a post critical of Abbas on Facebook.

The most crucial part of the documentary came when Hegseth exposed how Bethlehem has become ground zero for the “Jesus is a Palestinian” narrative that Evangelicals are starting to recognize as an insult to their faith.

Just to prove how committed some Bethlehemites are to the “Jesus is Palestinian” narrative, Hegseth did a man-on-the street interview with a coffee shop owner and asked him if Jesus was a Jew. The answer was appalling: “If you studied all religion they want to kill Jesus,” the man said. “He is Palestinian.” 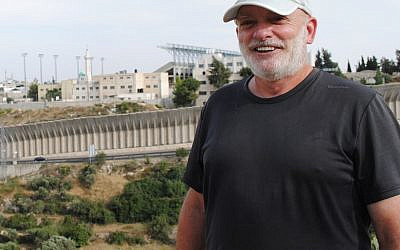 An interview with Brian Schrauger revealed why Christians cooperate with efforts to broadcast this narrative — because they have to if they want to maintain good relations with the PA. “So long as Christians are willing to allow, or even promote this narrative, they are OK,” Schrauger said, adding that Christians who don’t have a tough time. To confirm this point, Hegseth interviewed one pastor of a Baptist church in Bethlehem who adheres to the truth that Jesus is a Jew. This pastor’s church has been bombed multiple times.

If Hegseth decides to return to Bethlehem for a follow-up, he should investigate how Christian institutions such the Diyar Consortium and Dar al-Kalima University College of Arts and Culture assist in the campaign to demonize Israel. In particular, he should look into the work of anti-Israel Pastor Rev. Dr. Mitri Raheb who in one of his books called Israeli Jews “an invented people.”

But Hegseth might want to wait a while before returning to Bethlehem because thanks to him, the city got the scrutiny it has needed for so very long.