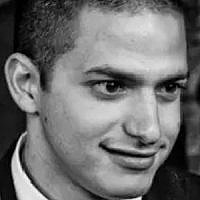 The Blogs
Yoel T. Israel
Apply for a Blog
Please note that the posts on The Blogs are contributed by third parties. The opinions, facts and any media content in them are presented solely by the authors, and neither The Times of Israel nor its partners assume any responsibility for them. Please contact us in case of abuse. In case of abuse,
Report this post.

The tragic news of Islamists storming the offices of magazine Charlie Hebdo in Paris and murdering innocents has the entire free world mourning. The greater tragedy is that people throughout the world were not surprised to hear that terrorists targeted a French magazine that made fun of Mohammed. The greatest tragedy is that France will continue to do nothing.

But there is another story that must be told about France and her future, and that is freedom of speech and civil liberties, a very delicate balance, especially in Western Europe.

Jewish French Member of Parliament Meir Habib, who became a target after the terror attack on the Jewish Center in Toulouse, said that the ‘writing was on the wall’ and that France has kept its eyes closed for a long time now. For example, Islamists would gather in downtown France and chant “death to the Jews”. French authorities downplayed the blatant Jew-hatred as anti-Zionism. If you are looking for a correlation between anti-Zionism & straight up Jew hatred, you can thank the French authorities for pointing it out.

The French don’t care much about liberty and freedom of Jewish Frenchmen. Jews continue to be attacked in France and instead of cracking down on the freedoms of the radical Islamists, the authorities crack down on people who take pride in being French, Jewish and/or western.

Unfortunately, many French wanted to deny the free speech and free press of Charlie Hebdo Magazine for being ‘provocative’. However, they will support the speech of bigots in downtown Paris chanting “death to the Jews” and the incitement of genocide, just like they supported the chanting of “death to the Jew” during the Dreyfus Affair.

The country now stands at a crossroads. France can either continue to promote and defend the speech of those who incite hatred and violence or it can choose to defend the speech and the rights of westerners such as Charlie Hebdo Magazine and the Jewish community. It is troubling that France has put herself in such a position where in order to restore peace and community cohesion, it must choose the civil liberties and freedom of the good over the freedom to incite hatred of the evil.

It is clear that France needs to turn back the clock to when it held the values of its national motto Liberté, Égalité, Fraternité (Liberty, Equality, Fraternity). At this point in time it’s apparent that France has decided to turn the clock back too far, back to the Dreyfus Affair and the guillotine.

About the Author
Yoel Israel is a digital marketing expert and real estate investor. He earned his MBA from Bar-Ilan University in finance & international business and lives with his wife Dara and daughters in Pardes Chana.
Related Topics
Related Posts
Comments