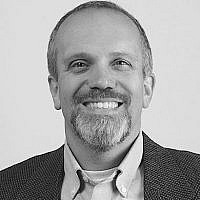 I think the precarious nature of life in Israel really hit me for the first time when I was enjoying dinner and listening to a poetry reading at Tmol Shilshom in Jerusalem one evening this February. I had been soaking up the experience and culture that is Israel. It was hard to put into words, but I had a real sense of what makes Israel such a special, almost magical place. It happened again, one evening a week later when I was sitting outside in a café in Tel Aviv, eating dinner and drinking Goldstar.

In both instances I could hardly believe I was in the Middle East. And then I realized that I was having this great experience in a place where ISIS is less than 100 miles away in both Syria and the Sinai Peninsula. Hezbollah is hovering in Lebanon and Syria. Hamas and its rockets are in Gaza. Israel is surrounded by all the turbulence and instability of the Middle East. The threat this region represents is far more than an existential one. Yet, throughout the fifteen days I spent exploring the country, meeting with people, riding public buses, exploring cities on foot, I saw the the resilience of the Israeli people, living their daily lives, undeterred by the the very real prospect of a third intifada (this was four months into the terror wave that began in October).

I gained a strong sense of empathy for the Israeli people, for their desire to live a “normal” life. I realized that freedom for Israelis is really about the desire to live a life free from the threat of terror. That is something most Americans only grasp in an abstract way. For an Israeli, it is woven into the fabric of life.

My empathy is not limited only to Israelis. It extends to Palestinians as well. I can’t help but think about the challenges faced by my young Palestinian friend in Hebron. A man in his 20s, who is committed to peace, yet who struggles with the daily conflicts that are part of life for him. Freedom for Palestinians is something different. It is about the universal desire for self-determination, and the ability to live a life in which you control your own destiny.

Self determination is about more than electing political leaders, and having a say in how one is governed. It is about having dignity. Early into my most recent trip to Israel, I was privileged to spend almost two hours in dialogue with the Palestinian human rights activist Bassem Eid. I listened to not just his story, but his sense of angst for his people, and his frustrations with the corruption of the Palestinian Authority.

In my opinion, talking with people in refugee camps, in the cities in the West Bank, the majority of the Palestinian people are looking for dignity, rather than identity. I have no problem wherever I go saying  ‘I am a Palestinian.’  People recognize me as such.  But dignity comes from economic prosperity.

Dignity is about seeking a better economic future.  “And this is why I am always trying to encourage the Israeli government to increase the number of work permits inside Israel.” If there is more cooperation between Israelis and Palestinians, economic prosperity can only improve.

But today’s politics is doing the opposite, and is keeping us far away from each other.  In my opinion, the biggest mistake of the international community is that they invest more in politics rather than in the economy.  We are at a time when we need to start building a strong economic prosperity for both sides.

The challenges to a future Palestinian democracy are highlighted in Bassem Eid’s stinging critique of the human rights abuses of the Palestinian Authority, and the consequences they raise for the prospect of peace. The problem goes beyond economics, and includes arbitrary arrests, interference in press freedom, lack of democratic process, incitement to terrorism, and much more. Combined with the lack of economic hope, the situation admittedly looks bleak. Yet, this doesn’t mean that the door has shut on a two-state solution. To the contrary, it is even more important for there to be large scale investments in the Palestinian economy and international pressure for political reform. The foundation for a free-market system will provide Palestinians with a political environment in which democratic values can flourish.  When young Palestinians can visualize such a future, they will be far less enticed to militancy.

I firmly believe that the two-state solution is the path towards freedom for both Israelis and Palestinians.  And freedom is the path to peace.