My experience traveling from Israel to Dubai, and the week spent at the Emirates International MUN, could perhaps best be summed up as ironic and symbolic. To be sure, we had a wonderful experience overall; Dubai is a great city and the other participants, hailing from the UAE, India, Indonesia, Pakistan, Russia, Saudi Arabia and Switzerland were all wonderful. However reflecting back upon my experiences is a bittersweet exercise.

To me it is a tale of the importance of open dialogue, freedom of speech, and freedom of expression, values which Model UN conferences do much to promote, and which were lacking at times during the EMIMUN conference. Of course one of the topics which we discussed in committee was the need to protect freedom of speech via social media. But that is still just an intermediate level to the irony.

As a Jewish New Yorker of Italian descent speaking my mind is probably ingrained in me; living in Israel for much of the last five years has not helped matters much. Thus despite my better intentions, it did not take very long before I had told most of my fellow participants that while I was an American, I lived and studied in Israel and had traveled to Dubai from Tel Aviv. This was not, nor should have been such a big deal. Dubai feels like a major international city, much more like New York City than Tel Aviv or Rome do to me, and I did not get the impression that many there cared that much about Israel one way or another. Publicly diplomatic relations between Israel and the UAE have not been patched up since the odd alleged Mossad assassination in Dubai two years ago, but privately I doubted very much whether most living there, majority foreign workers from South Asia, cared much one way or another.

In full anticipation that my friend Ezra and I would be the only representatives there from Israel, and finding Israel to be an overall more compelling country to present than the US, I brainstormed about what I might bring to the ‘Global Village’ – a celebration of different cultures that allows delegates to share their rich backgrounds and heritages with one another, something that epitomizes what Model UN conferences are all about. I felt that it would be inappropriate to make it seem that my own views in any way represented those of Israel or Israelis, when I myself had only been exposed to the country and culture fairly recently. Instead I asked some friends to help out. Turning to a friend who teaches middle school children in Jerusalem and my own MUN students from an Israeli Arab town in the north-west of the country, I asked Israeli students to share their own perspectives as children growing up in the country.

Naturally I got a number of interesting responses, and was excited to present them to my newfound friends. Until that is, I was approached by the conference organizer, who urged me not to so much as mention Israel. The Russian school hosting the conference was concerned about running afoul of the UAE authorities for promoting Israel, or so I was told. I offered to show them the presentation beforehand to determine if it was appropriate, but this too was met with a flat rejection. Even Jewish symbols could not be displayed we were told by the organizers, a decision that seemed to me to be more ignorant than anti-Semitic.

My reaction to this censorship was a combination of disappointment and exasperation. I was disappointed for the students- for those who had taken their time and made an effort to write their thoughts and all of the wonderful and open-minded new friends who were not allowed to read those thoughts. I was also exasperated as this was exactly what MUN was about—and in a conference that had chosen to discuss freedom of speech we were being silenced.

Both experiences were heightened when I read what Nooralhoda, an observant Muslim student of mine with much pride in her religion and culture, had written. In a candid and moving letter she had written about some of the challenges she has personally experienced as a member of a minority group, while at the same time paying tribute to the rights afforded by a democratic state, in contrast to many of the Arab regimes. With equal candor she sent me an email a few days later asking about the trip and expressing her wish that she and her fellow students would get to go on such an adventure.

I was disappointed with the conference organizers, and possibly the authorities, for essentially censoring the voice of a young Arab girl fighting pressure from so many sides not to have her opinion heard. I was exasperated by the idea that sharing what she had written would somehow be promoting Israel. And most of all I dreaded having to return and tell her that beautiful as her letter was it had only moved me, that international diplomacy conferences can be stymied by mistrust, free speech stopped by intolerance. I was genuinely embarrassed to come back and tell her that I had been told that the UAE authorities would not tolerate her praising the freedom of expression she enjoys in Israel.

If the story ended there, it would be depressing indeed. Thankfully we live in a cyber-generation, where international conferences can be the start to long friendships. I had barely returned to my apartment in Tel Aviv when I posted my contraband material—the notes from the students—on facebook for my new friends, and hopefully their friends and friends’ friends, to see. Social media stepped in to ensure freedom of expression.

Where do I go from here? This trip brought a wide range of emotions, and it still bothers me to write about what transpired. That leads me to one of the lessons that I have taken from my trip—the knowledge that the road to improving diplomatic relations, even in a Model UN, can be difficult, and even hypocritical at times. But while frustrating, my experience made me ever more committed to improving international dialogue, ever more determined to the grass-roots approach to international cooperation that MUN represents.

Another important message that I have taken home with me is the importance of freedom of speech and how much it must be treasured—and protected. When you spend 99.9% of your life in situations where you can speak your mind freely, it takes that other .1% when your right to speak is restricted to make you understand how irreplaceable the ability to express oneself, and how such a cardinal right must be safe-guarded. I have all the more empathy now for those who may not have the ability to do so for whatever reason, just as I sympathize with those who may have what they see or hear censored for political reasons.

For more than a month now my fellow MUN teammates and I have been working with two groups of high school students, teaching about international diplomacy, debate skills, and how to express themselves and represent countries. One group is comprised of Jewish students who wish to represent Israel abroad. The second is an Israeli Arab group of students who come after school to improve their English.

Understandably, the two groups of students have shown to have very different perspectives, and with both groups we experienced challenges initially when trying to see other perspectives on such emotionally and politically divisive issues as a UN vote to create a Palestinian state. Yet one very important lesson that I have learned from my students is that the ability to understand other perspectives, even those we may ultimately disagree with, is something that any young student can tap into, simply by making the effort. Both groups of students showed me that they were very capable within a matter of minutes of being put to the challenge.

To me that is the ultimate benefit of Model UN conferences, and the ultimate challenge of international diplomacy and conflict resolution. The first step must be the understanding that there is always another side to the story; there will always be different perspectives, including and perhaps especially those with which we may disagree. This is a lesson that I have learned from my students, and it is something that would have been lost from the conference if not for the wonderful ability for virtual communication that social media offers. I believe that the skill to see other views is in fact an ability that everyone is capable of inherently, and that social media amongst other aspects of globalization offers a huge opportunity in this regard.

Ultimately freedom of speech and expression are important rights—we should protect these rights, but we should also utilize them to learn from others.

About the Author
Steven Aiello has a BA in Economics, MA in Diplomacy and Conflict Studies, and MA in Islamic Studies. Steven has served as Chief of the Middle East Desk Head for Wikistrat, interned for the Jerusalem Center for Public Affairs and the American Islamic Congress, and founded Debate for Peace (debateforpeace.org). He can be reached via email at sra252@nyu.edu.
Comments 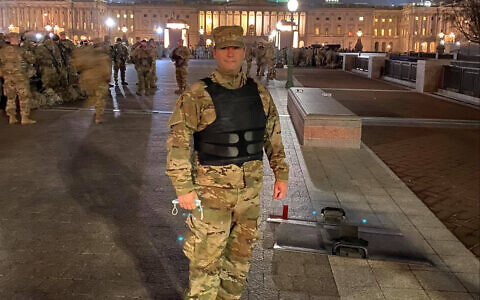 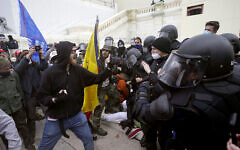 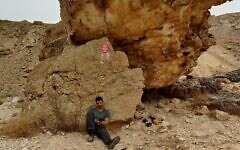 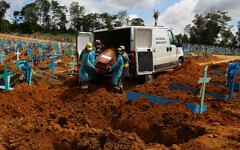