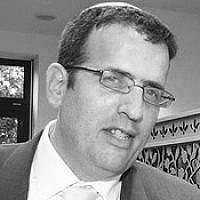 In 1999 I was privileged to attend a six month Ulpan course in Jerusalem. Among the many conversations I had then, one in particular stands out. It involved an Australian who, while relaying her experiences in Johannesburg, where she was graciously hosted, gratuitously and indignantly grumbled about the spoilt South Africans who had been raised with maids. Eager to defend my fellow countrymen I suggested that had she been raised in South Africa she most certainly would have hired domestic help. “No”, she said, “I would like to think that had I grown up in Nazi Germany, I would not have been a Nazi”

Though insulted and irritated by this woman, it never occurred to me that she deserved sanctions for what she had said. Even if unable to articulate it then, I agreed with what Salman Rushdie and many before and after have said: “There is no right not to be offended”. Indeed extreme worshippers of G-d, Gaia or Allah would do well to internalize the absence of such right. They cannot continue to verbally assault the heretic, skeptic and infidel and simultaneously silence any opposition, whether it be in the public square or on campus.

Not everyone would agree with this sentiment, especially those who think serving in Government provides them with an extra entitlement that the mere citizen does not likewise enjoy. As reported in various news outlets, Likud MK Miri Regev posted an uncomplimentary comment on her Facebook page criticizing former President Shimon Peres. That of course is her right, and likewise a reciprocal right is enjoyed by those who think she erred. The problem is that one person was offended to the point that he thought calling her a “whore” in the comments section would elicit a reaction.

Indeed it did and instead of fighting fire with fire and trying to outwit her critic in a verbal match, the Knesset member decided instead to alert the authorities. In response, the police, in somewhat robotic fashion, summoned the commenter for questioning, after which he had to post NIS 5,000 bail and was warned not to approach Ms. Regev over the next 14 days. Many of us might question under what right this elected official could abuse her power and report a citizen who did nothing more than offend her personal integrity. Does this appear to be something that could happen here in Israel? Unfortunately it can thanks to very archaic legislation.

Section 288 of the Penal Law states in part:

If a person by gesture, word or deed insulted a public servant, judge, officer of a religious tribunal, … who was engaged in the discharge of his duties or in connection with them, then he is liable to six months imprisonment.

If this clause sounds undemocratic and an offense to liberal society, that is because it is. Indeed it has been criticized by the Israel Democracy Institute who six years ago called for its repeal. Arguably movements and parties to the right of the IDI should have the same reaction. Professor Mordechai Kremintzer has shown that both Zeev Jabotinsky and Menachem Begin, spiritual fathers of Regev’s Likud, were firm believers in freedom of expression and of the sanctity of the individual above that of the state.

In the posthumously published works of Jabotinsky, he discusses two aspects of the then envisioned state, or commonwealth as he prefers to call it:

A statutory provision which limits the liberty of an individual by imposing six months imprisonment for insulting and criticizing a public servant would not be enforced by the democratic commonwealth of which Jabotinsky dreamed. Such a statute allows the state, on the one hand to direct what can or cannot be stated in a Facebook comment, hardly a matter of public security; on the other hand it severely curtails “public criticism”, or more accurately criticism of a public official. Certainly such a clause would fail both tests and thus honest members of Knesset from both the coalition and the opposition must fight to preserve Israel’s democratic character and repeal this draconian section. The sooner the better.