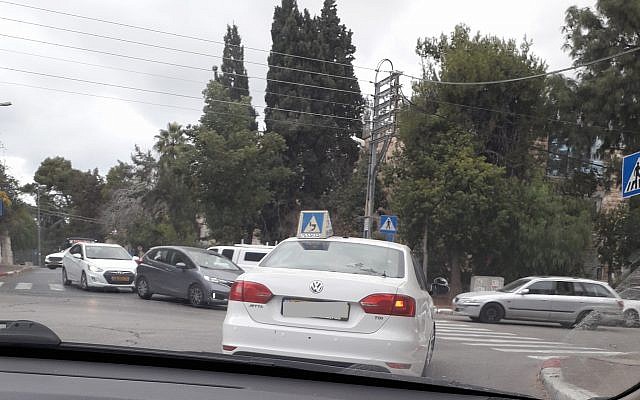 “Our streets have become massive driving schools and people have begun to protest.”

There is a law in our country that is broken every day, at every hour.  Because of this, our local roads are extremely dangerous, and for unsuspecting drivers, the huge unnecessary delays pile up at rush hour and rob them of their time.  I am referring to what is now a chronic propensity for driving instructors to use hundreds of residential roads to give their lessons. To be caught in such a situation is more than frustrating; it is outrageous. On the hours that they (the instructors) make their living, they deprive you and me from our freedom of mobility AND our veritable “panassah” (livelihood).

What makes the situation even MORE scandalous is that the police know this; they turn a blind eye and do NOTHING about it.  Even when signs are posted making it crystal clear that such use of the roads is illegal, the signs are often painted over and/or removed by the driving companies or their representatives.  In such areas as Talpiot, Jerusalem (and hundreds like it) the situation has become insufferable. Residents are now bonding together to do something about it.  Things are heating up. Road rage can be contagious. The driving teachers do NOT pay for “rental” of the streets — or do they? Why ARE the authorities ignoring this gross violation of the law?

To make things worse, most of the students on the roads are rank beginners, and at every corner, the instructor has them stop and for a few minutes, before they drive on, he gives them part of their lesson. Sometimes the lamid (learner) cars form a line of four and five at a time! To make things worse, even the Registry of Motor Vehicles uses the same areas for testing!  Meanwhile drivers have to diligently stop (it’s the law), and behind them cars pile up, sometimes loudly honking. Many even try to pass the learners, taking chances that endanger themselves AND others. These city-wide invasions have made the roads UNSAFE for both drivers and pedestrians, especially in the busiest hours, which for some neighborhoods are 24/7!

The “chutzpah” of these instructors is INFURIATING. They know the law. They take their time. They make generous fees, while we lose our time, nerves AND money. Citizens are frustrated. In our neighborhood a think tank is formulating strategies. And when the “shit hits the fan,” the “powers that be” will blame someone other than themselves.

With all the above, we are witnessing another vivid case of gross insensitivity, selfishness and lack of caring in our society. Has personal profit become the norm, replacing the greater good?   Are the authorities who turn their eyes away also becoming part of the norm? After all, if they stood by the laws they are sworn to enforce, I would not be writing these words.

This entire situation is dangerous and appalling (and heaven forbid, if and when the next accident occurs, who will be blamed?)…. But all this can be avoided!  Why not ship all the learners out to Teddy Stadium, or to somewhere in the Judean Desert where they can linger and learn to their heart’s content?  We can then say to the driving teachers: “zay g’zunt“, “gay g’zunt-er re“, “happy trails to you”, bon voyage, “see you in September “(hopefully not), “go to the other place”, etc….because here in this tiny corner of Israel we will not and cannot tolerate it any longer.