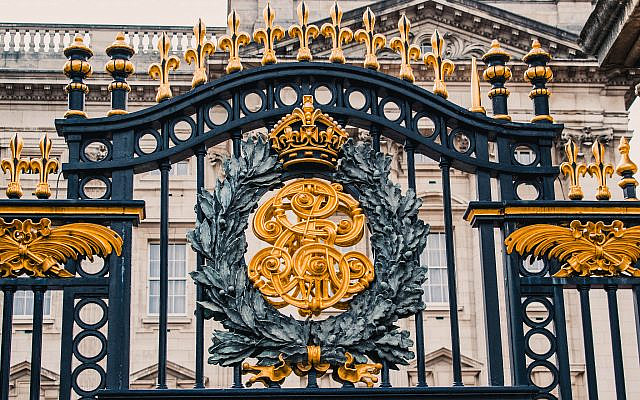 Buckingham Palace - All Are Welcome? (Free for Use Photo by Roméo from Pexels)

On a recent visit to London, I found myself strolling past Buckingham Palace. On a whim, I decided to go in; I hadn’t seen the Queen for some time. I nodded at the guard and walked in.

It was not my first visit to a head of state’s house. I had walked into the White House a couple of years ago. I was not impressed, the Élysée Palace in Paris had been much more suited to someone at the top of the tree.

A couple of days ago, walking around Jerusalem, I came across the Prime Minister’s residence, on Balfour Street. Why not see how our prime minister lives, I thought.

To my astonishment, the entire street was closed. Police, border police, troops, everywhere. All that was missing were a couple of main battle tanks. Come to think of it, there was an APC, an Armoured Personnel Carrier parked on the pavement.

What’s going on? I asked one of the milling hordes of people standing around the nearby streets.

We are demonstrating against Netanyahu, I was told. We have been here for nearly a year. He must resign and be brought to justice.

I looked at the protestor. He, and his fellow protestors, looked, as did Jonah deep inside the whale, cheerful, hearty, even hale.

He had clearly been eating well, there was no lack of weight on his frame. His clothes were clean and looked as if they were fresh out of a box. He was clean-shaven and his hair had recently seen a hairdresser. And yet, by his own admission, he had done nothing but stand outside the Prime Minister’s office for the last twelve months.

Where was his money coming from? Perhaps he was getting dmai avtala, unemployment pay. But the maximum amount of unemployment benefit is NIS 422 per day and that only lasts for the first 125 days of payment. You won’t die of starvation, but this is hardly going to make you fat.

No, someone was paying these professional protestors. There are people, behind the scenes, who hate Netanyahu so much that they were prepared to go to any lengths to get rid of him. They seem to forget that he was the voters’ choice in the Middle East’s only democracy. If he had to go, it should have been us, the citizens of Israel, who sent him on his way. And the only way to do that is through an election. Every voter can have their say, even those living as far from the center as Katzrin in the occupied Golan that Netanyahu has made sure will remain part of Israel.

Netanyahu is, perhaps, not the nicest of people. His personal life has been somewhat of a mess with several marriages and affairs. But do we want a “nice” person running the country or a hard and strong man who will do what is necessary to keep us safe?

I wasn’t sure how to tell the demonstrator that he was no longer needed. His gravy train had left the station; Netanyahu has left office. At the end of the day, it was the mathematical logic that decided his fate.

Readers will be disappointed to learn that the Queen was not at home. She was probably on yet another trip to hobnob with some petty dictator. She certainly wasn’t visiting the Middle East’s only democracy.