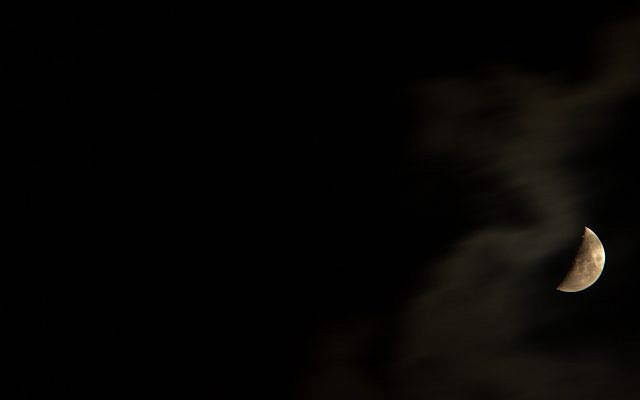 The secret ingredient behind the Israel’s army is said to be that it is “small and smart.” Well, here is something else that is small and smart that a group of Israelis built: a small, smart spaceship.

We’re going to have a real shot at being the first aircraft to land on the moon that was not financed by a country, rather a private venture.

Three young men got together in 2011 in order to take up the challenge to enter the Google Lunar X-Prize Competition: to put a spaceship on the moon. Since then they have been dreaming and planning and working… and early this morning, at 3:40 a.m. Israel time, the Israeli-built spaceship called “Beresheet” (Genesis) was launched into space from Cape Canaveral in Florida.

And I feel, that in some little way, I am a part of that, as are tens of other English teachers and hundreds of 11th grade students from all over Israel, who participated in our “Out of This World Israel 70” program last year. Because, aside from putting an aircraft on the moon, SPACEIL’s aim was to educate and encourage Israeli kids of all backgrounds, ages and both genders, to become interested in physics, science and space. In addition to their space-ship building branch of their endeavor, they developed an entire educational branch. From that aspect, whether or not they actually manage to land “Beresheet” on the moon, or not, educational Noa Katinov and the others at SPACEIL, have already achieved their goal. They are already winners BIG TIME!

Sparked by an idea inspired by my friend and regional English inspector Judie Segal, with the backing, support and encouragement of our Chief Inspector of English Dr. Tziona Levy, the educational infrastructures of Google and SPACEIL, as well as the fantastic partnership with Rania Abou Shmiess Essa as a co-leader, the teachers of hundreds of Israeli students of Arab, Bedouin and Jewish origin participated in a collaborative project. In this project the students from different origins worked together in mixed teams to research space-related issues and how Israel is involved in them. This morning, as a result of the students’ involvement in last year’s program, they are all far more aware of this exciting event than they would have been otherwise.

I don’t know how many of them woke up before the sun to witness the event live online, at the same time that I did, but in a small way — we are all stakeholders in this. “Beresheet” even carries with it a photo of all of the teachers who were at the launching of the project a year and a half ago, along with hundreds of other photos of people from Israel.

If all goes according to plan, Beresheet will touch down safely on the moon in early April, so cross your fingers, and keep an eye on the updates! And as they say at SPACEIL: “To the moon”!!!!