These days newspapers and TV channels publish retrospectives of 2017 and forecast possible events for 2018. In that vein, I include here selected photos we shot, films we saw and produced, architecture we recorded or selected, some thought on Trumpism, and a few relevant books I read. 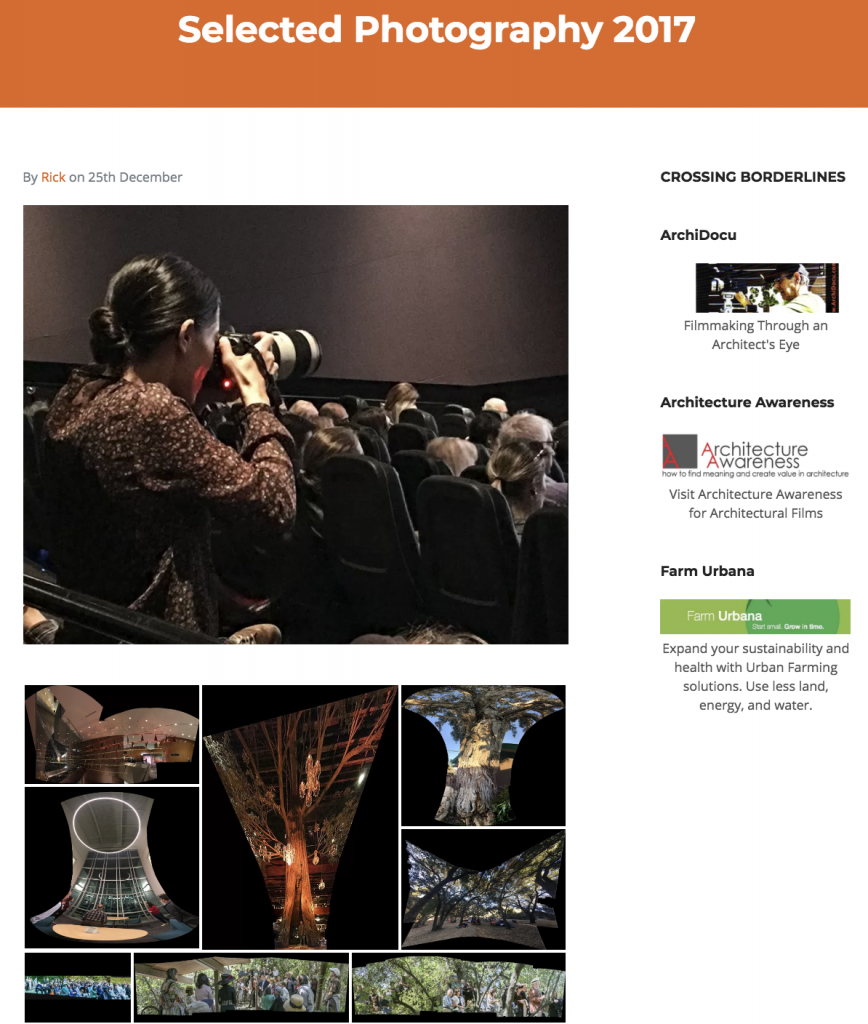 The selection is personal and eclectic. Some have value as a document of an event rather than for its photography quality.  The gallery includes panoramic photos, images of historical value (such as of architects Eric Lloyd Wright and Dion Neutra together in Malibu during Frank Lloyd Wright’s 150th birthday celebration, and civil rights activist  Dolores Huerta,’s who coined the slogan “Yes We Can – Si Se Puede,” borrowed by Obama😉 film directors, producers and actors at Q & As’ we frequented;  Richard King’s memorial and the spreading of his ashes; and some people we met. As a coda, I also added recent photos sent by our daughter Gabby – who works in Israel as a psychiatrist – sent from the Maldives Islands, southwest of Sri Lanka and India; and a few shots of us.

This year I also published for the first time a selection of photographs shot during our “Frank Lloyd Wright pilgrimage” back in 1971, when we visited over one hundred of his buildings across twenty-five states. 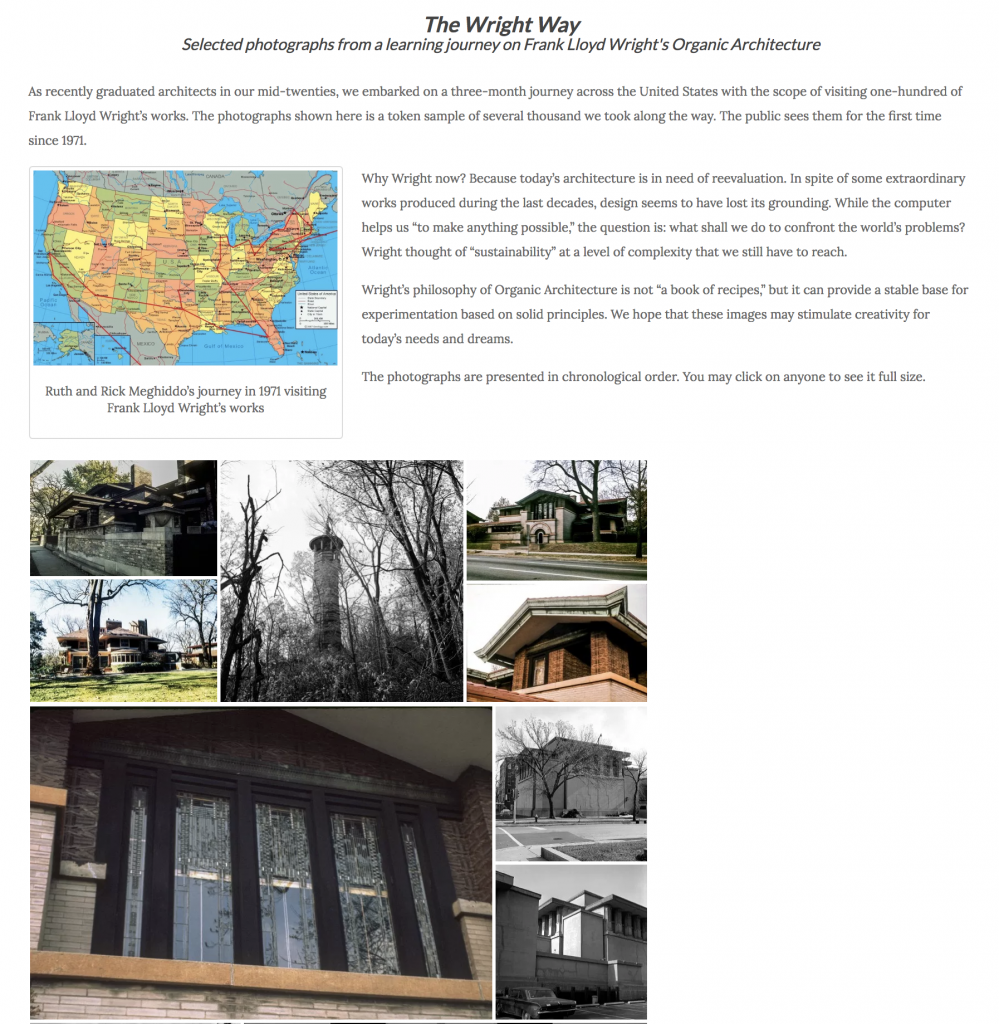 We had a busy year watching documentaries + Q & As’ (presented by the International Documentary Association – IDA ) We also saw many feature films at the American Cinematheque,  at the WRAP, at the LA Jewish Film Festival, and at the Israel Film Festival. I share the list of some of them. They are all very good. The ones in bold letters are “must see.”

Alone in Berlin, Neruda, Hidden Figures, Gigi Gorgeous, Hell on Earth, Nobody Speaks, Dolores, Trophy, Icarus, Intent to Destroy, City of Ghosts, New York Times Op-Docs, 11/8/16, God Knows Where I Am, I Call Him Morgan, Step, One of Us, The Work, Oklahoma City, Finding Oscar, Atomic Homefront, The Rape of Recy Taylor, Under One Sun, An Inconvenient Sequel, Detroit, I Am Evidence, Arthur Miller – Writer, Kedi, Chasing Coral, Ben Gurion, Epilogue, Cries from Syria, The Divine Order, The Final Year, Machines, Foxtrot, Call Me by Your Name, Downsizing, Film Stars Don’t Die in Liverpool, The Square, Human Flow, I Am not your Negro, Intent to Destroy, Strong Island, Phantom Thread, The Post.

Documentarians are real contemporary heroes. Many risk their lives in bringing to us images of genocidal wars, human brutality, racism, inequality, global warming, migration tragedies, political and corporate corruption, and also beauty in nature, indigenous cultures and extraordinary human beings. Most of this is produced with prolonged research, hard work, meager budgets and scarce distribution. I love documentarians. They are a unique mix of artists-journalists working with passion, combining filmmaking excellence with the search for truth. Their work contributes to expanding our consciousness of the world we live in.

My own production this year was intense. With fifteen published titles, some of which have been published in The Times of Israel, they exceeded two hours of film. This year  I now crossed the mark of sixty short documentaries. The ones published d during 2017 are:

Both the “Overture” and the “Hint” were preliminary warm-ups towards  The Wright Way feature documentary (work-in-progress.)

This open public space is the best architecture that we have documented this year in Los Angeles.

Renzo Piano’s Academy Museum under construction provided an opportunity to link the museum’s content with the Hollywood context and with architecture.

“Back to nature, this documentary includes the little known Pearlman Cabin designed by architect John Lautner in 1957.

Netflix Night (2:55’) A not-scripted documentation of a visit to Netflix.

It summarizes in less than five minutes the documentaries I shot in Israel during 2016.

Both the full version (“Unabridged,” which includes questions on Israel) and the short version are the result of a radio interview I had, hosted by Nancy Pearlman, to which I added visualization.

An introduction to principles of architecture.

The lighting of Hanukkah’s fifth candle in a Greater Los Angeles home was not only the place for the gathering of people from many backgrounds and areas of the the city, but also for the screening of “Never Again is Now,” a new documentary telling a unique story of survival in the Netherlands during the Nazi occupation, and sending a message about the danger of raising antisemitism in Europe and elsewhere, including the United States.

A brief first visit to the secluded Mormon Temple in Los Angeles.

The Wright Way, my first feature documentary, is on the way. It is to be a cry-out documentary about how some of Frank Lloyd Wright’s ideas and principles can help to inspire and appeal the young generation to create a sustainable future of livable cities and human settlements. Not a biography, it looks at Wright with fresh eyes and will suggests alternative scenarios for the future with a sense of urgency. 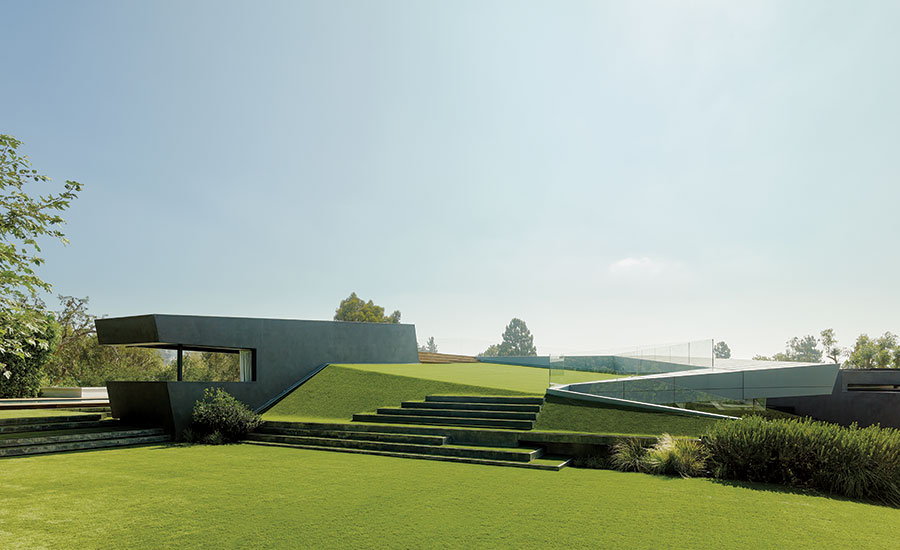 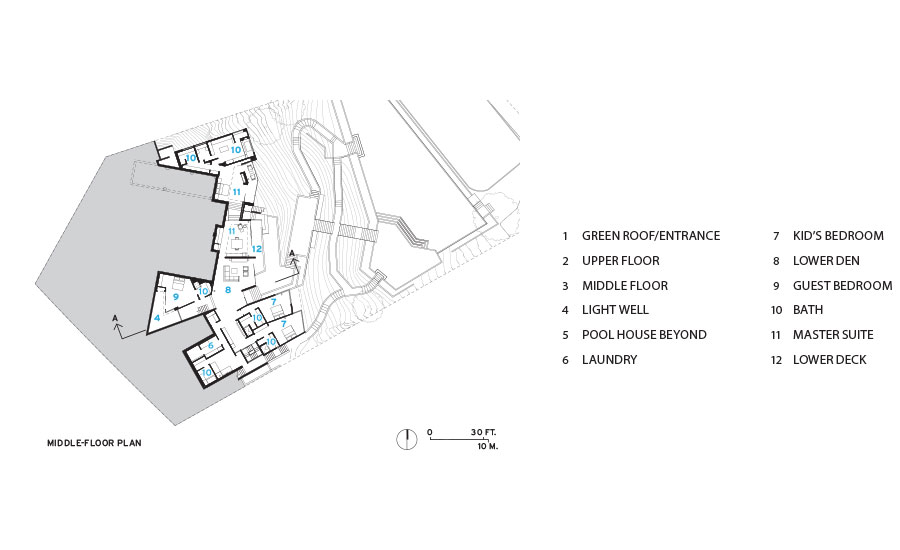 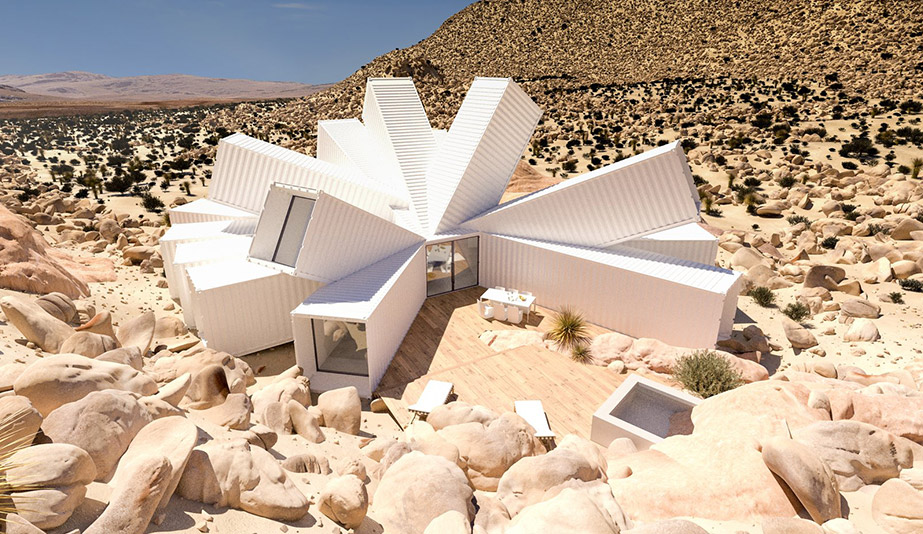 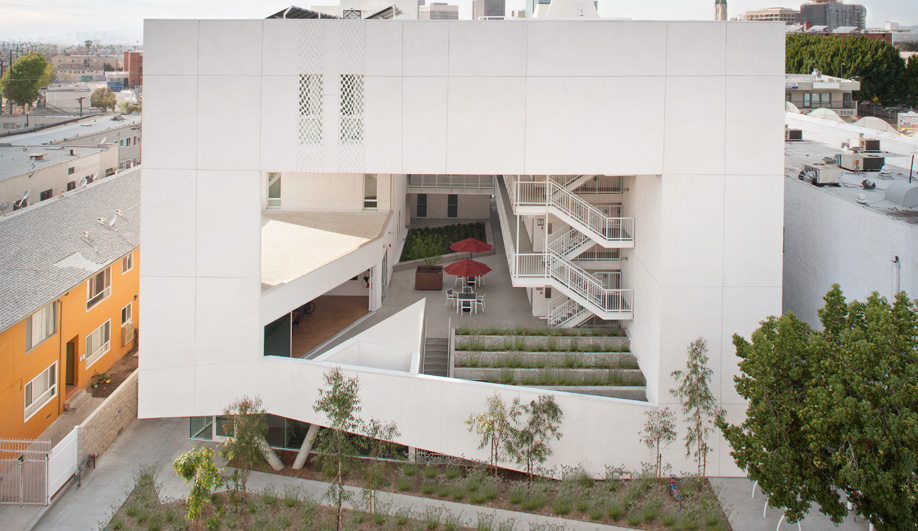 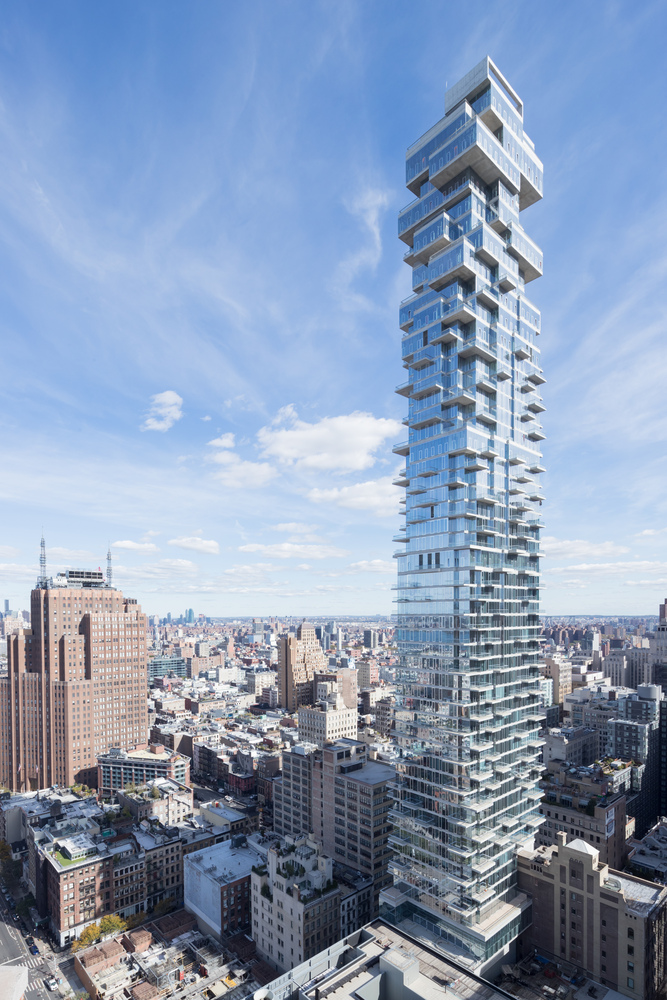 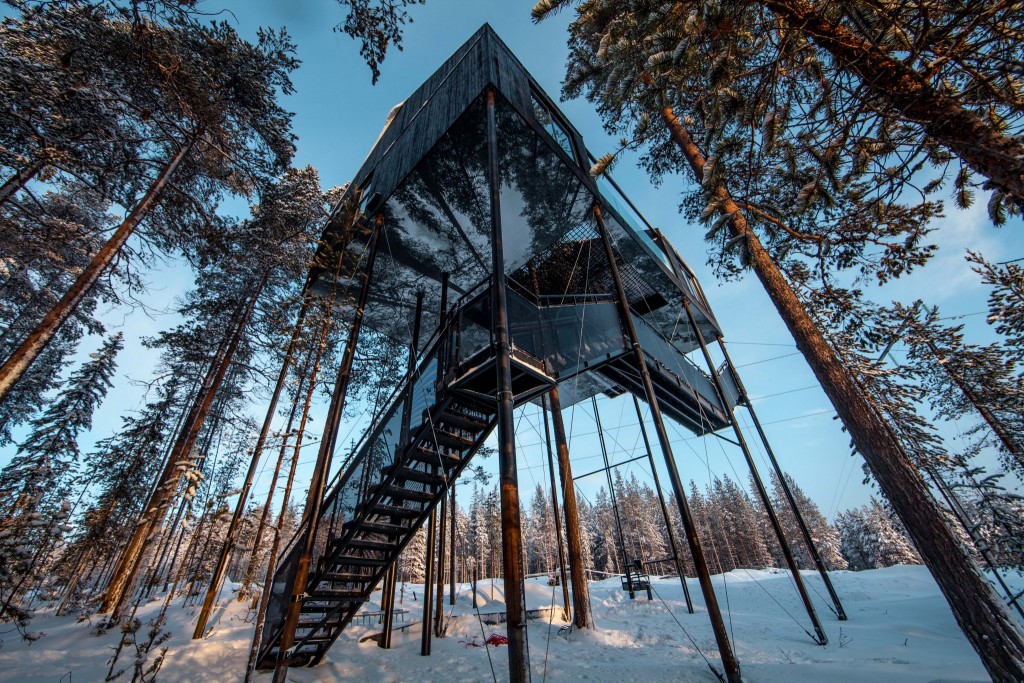 World politics had been dominated by the ascent of Trump to power, a sick (malignant narcissism) amoral and unscrupulous man. Yet he is just a symptom. It denotes a sick society suffering from branding brainwashing, widespread ignorance of the world’s reality and dogmatic beliefs which have been brewed during the past half-century.

Can it be cured? Maybe. It will demand both talking and action, such as: 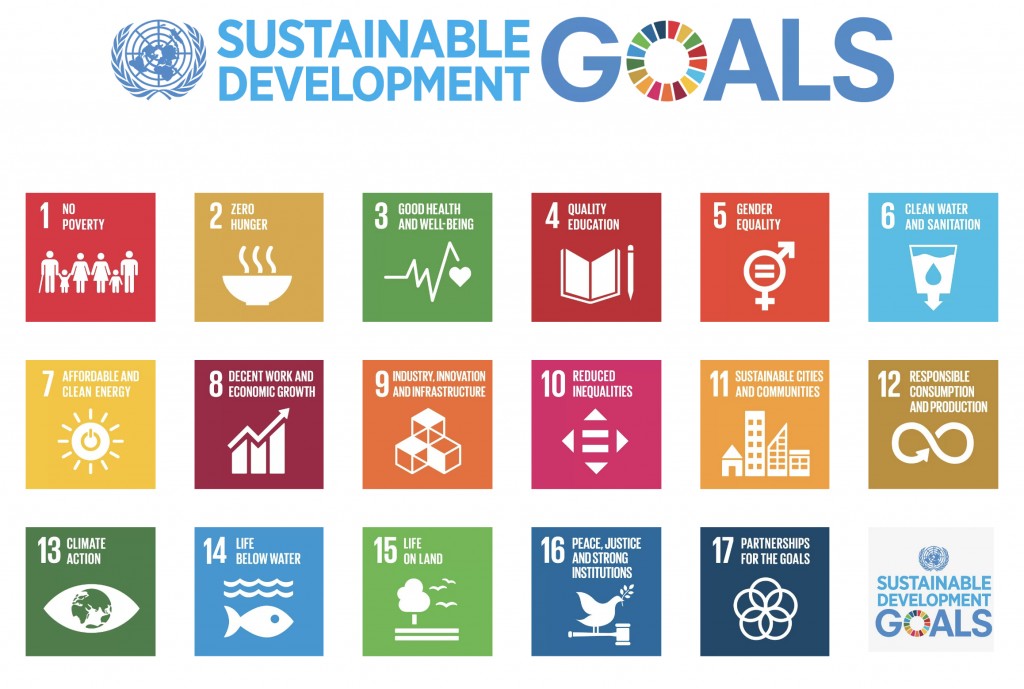 UN Sustainable Development Goals for 2010 (Image by the United Nations.)

On Trump’s Decision to Move the US Embassy to Jerusalem

For the wrong reasons, Trump made his only right decision, so far, to take the bull by the horns.  Jerusalem is the capital of Israel since 1948 and the spiritual center of the Jews for millennial. This is the truth, irrelevantly of what other nations may say for political reasons and/or for history ignorance. The moving of the US embassy to Jerusalem (most likely to be followed by other countries,) which does not preclude the city becoming one day the capital of two states (see the Vatican and Rome) will brake the decades’ paralysis and aggravation of the conflict.

I disagree with the opinion of many thinkers with whom I agree on most other issues that the decision was “tactically wrong.” Although Trump doesn’t have a clue of why it was tactically and strategically right, the crisis that the embassy decision to move provokes is better to precipitate sooner rather than later. The violence that we see these days would have come anyhow even if we had reached an agreement on other territorial issues.

The so-called Geneva Accord (see also Maps) initiative remains the best one available to date.

From the books I read during 2017, the ones that I found the most relevant are:

No Is Not Enough, by Naomi Klein

Scheduled to give a six-week class on “How to Look at Architecture” at the Skirball Cultural Center and at OLLI/CSULB the classes will use architecture documentaries made to convey a better understanding of the importance of good design in our life. 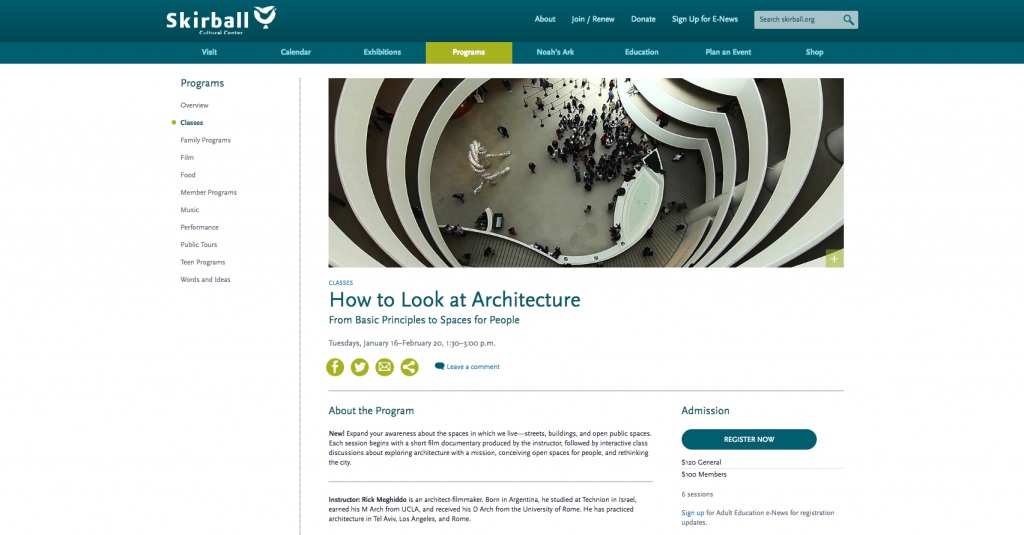 “How to Look at Architecture,” Skirball Cultural Center, Los Angeles.
About the Author
Rick / Reuven Meghiddo is an architect and a filmmaker of architecture documentaries. To date, he has produced over ninety architecture documentaries. Many can be seen in www.archidocu.com and www.architectureawareness.com As an architect, he practiced in Israel, California and Italy. Born in Argentina, Rick studied at the Technion and married Ruth Meghiddo, also an architect, in Jerusalem. He has a Master of Architecture from UCLA and a Dottore in Architettura from the University of Rome. He is also a LEED Accredited Professional and is licensed as an Architect and as a Real Estate Broker in California and Israel.
Related Topics
Related Posts
Comments