The Blogs
Zelda Harris
Five on the 100 aliyah from UK list!
Apply for a Blog
Advertisement
Please note that the posts on The Blogs are contributed by third parties. The opinions, facts and any media content in them are presented solely by the authors, and neither The Times of Israel nor its partners assume any responsibility for them. Please contact us in case of abuse. In case of abuse,
Report this post. 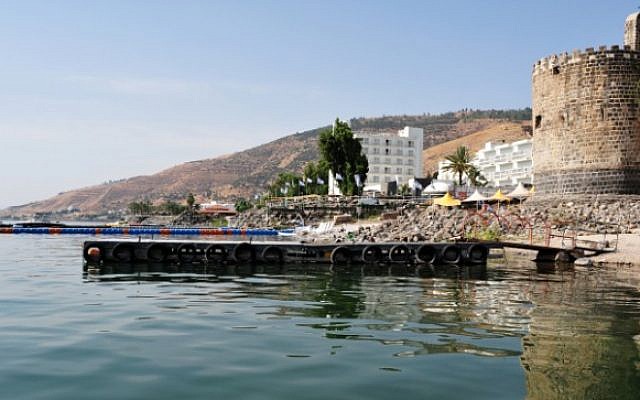 I go frequently to Tiberias. It breaks my heart to see how political considerations have allowed this unique and historic town to deteriorate to the extent that tourism is almost non-existent.

My oldest closest friend in Israel, Lucy lives there. She is now over ninety-five years older than me. For 50 years we have been intimately involved in each other lives since the first days when she and her family “adopted us” when we arrived at Moshav Habonim in 1958.

We are both “survivors”, she in terms of the Holocaust, in which she lost all her family. I survived the Blitz of London and the rockets and we both came to Israel around the same time so yes, we have survived the teething pains of the State and everything that has subsequently happened in our land.

Lucy and I spent hours talking about the past. Usually, she doesn’t wallow in it. However, the Jewish-Nation State Bill has shaken her to the core. Since she was a teenager in Vienna on Kristallnacht, she is acutely aware of what it means to be denied a full place in society, to have one’s schooling revoked, even parks and public spaces were off limits for Jews.

A mutual friend, Professor Elihu Richter who heads the Genocide Prevention Program at Hebrew University-Hadassah School of Public Health and Community Medicine and is an Associate Director, Institute on the Holocaust and Genocide which he founded. He always reminds us the Holocaust didn’t start with gas chambers but with words. We know how hatred can motivate until the excesses spill over into genocide.

On Tuesday, I was at a meeting of Israeli and Arab women activists for peace. MK Aida Touma-Sliman, a leading feminist and fighter for women’s rights in the Knesset, left the issue of Jewish Nation-State Bill to the end of her presentation. She was visibly moved as she spoke and questioned whether indeed her place was in the Knesset.

Hours later I saw a video of Lucy Acharish, one of Israel’s finest television presenters, address the public openly with her fears for the future of the State of Israel. She, as one who grew up in a totally Hebrew speaking environment, she found it incongruous that a people who had suffered beyond description from the effects of persecution could create a situation which could violate the rights of the Other in Israel’s society.

Since the contribution of the non-Jewish Israeli citizens is no less than the overall contribution, we should let our opinion be known before its too late.

About the Author
Zelda Harris first came to Israel 1949, aged 18. After living through the hardships of the nascent state, she returned to England in 1966. She was a founding member of the Women's Campaign for Soviet Jewry. In 1978, she returned with her family to Israel and has been active in various spheres of Israeli Society since. Together with the late Chaim Herzog, she founded CCC for Electoral Reform, was the Director of BIPAC in Israel, and a co-founder of Metuna, the Organisation for Road Safety, which received the Speaker of Knesset Quality of Life Award for saving lives on the roads and prevention of serious injury. She is now a peace activist, blogger for Times of Israel and is writing her life story.
Related Topics
Related Posts
Comments