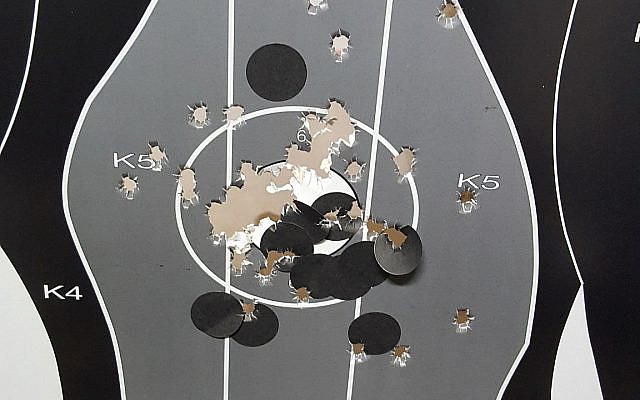 This year the festival of Hanukah had a strange beginning that made me feel uncomfortable. A friend shared on social media an invitation from his synagogue for the first night of the chag. The party organized by this synagogue had a Greek theme, and while so many Jews around the world were preparing to indulge in latkes and sufganiot, remember the Maccabees, honor the courage of Matatiahu and celebrate the reestablishment of the Temple and an amazing miracle after a disgraceful period under the rule of the Greeks, I could not figure out exactly what the members of this synagogue were going celebrate while they ate Greek food. I felt rather sad because, in my eyes, this seemed the result of some serious loss of awareness and identity and, of all chagim, this was happening precisely at Hanukah.

Next, the world witnessed the loss of innocence of American Jewry, flabbergasted by their reality of Jew-hatred and struggling to cope with it. The fact that American Jews were baffled by the circumstances, that they did not see it coming, is what strikes me the most. Even though figures indicate a major increase in Jew-hatred crime in the United States, the writing has been on the wall for quite some time. Consider, for example, when was the last time a Jew could go to college in the United States without being harassed.

I once heard that a chrysalis cannot fly if it does not lose a drop of blood first. As difficult as it is, you cannot solve a problem, unless you acknowledge it. The largest Jewish community in the Diaspora can now move on, overcome this predicament and hopefully be a role model for other Jewish communities. The American reaction already shows strength and deserves praise. American Jews understand that they cannot sit idly and expect a solution to fall on their laps if they do not do their own part.

One or another response seen on occasion not only among American Jewry, but globally, may be a shot on the foot though. Whereas there is no recipe to solve the issue of Jew-hatred, it is the duty of every generation to prevent history from repeating itself. Before I made aliyah, I also experienced Jew-hatred in a number of ways. This is why these responses are familiar to me.

Many of us tend to politicize the issue of Jew-hatred. This is a discussion that does not address the actual problem, but further polarizes the community in a moment in which the community does not have this option. Remember that Jew-hatred is optional but not rational. The same happens when people point fingers. This may be a way to deflect from a gloomy reality, yet blaming the garb of the chasidim or the assimilation of secular Jews is proven not to be a solution. Neither is it a solution for a hatred that has existed as long as Jews have to be attribued to a specific group in society.

It is also natural to act emotionally and romanticize events. Golda Meir was very right when she said that a Jew cannot afford the luxury of being pessimist. This is not to say that things should be confused: singing and dancing after an attack is not a sign of eternal survival or a slap on the face of the enemy. It is an excuse not to respond accordingly and a potential invitation for more violence against the community. Also, what message does this convey to an external observer? Is this a community really requiring additional state protection? Were it the opposite, we would dance and sing every time a rocket is fired against Israel, or we would dance with the Torah on Tisha b’Av, after all we are still here and uphold the same faith in spite of the destruction of the Temples.

Also, there is a view often heard in certain communities according to which Jews are told by rabies something very close to lowering their heads when facing Jew-hatred. This has done us no good and is not the Jewish way to deal with aggression according to the Torah. During WWII, when the Jewish Brigade from Eretz Israel arrived in Europe, they were shocked by this type of reaction of the muselmanner (a slang coined by the very prisoners to describe their starved fellow Jews), a stereotype for the Jew that had allowed himself to be massacred by not doing everything he could to defend himself. A victim that behaves like a victim is a better victim. Outside the State of Israel, Jews are easy targets because Jews are perceived as preys, not as opponents. If your enemy does not feel your breath on his neck, he will not respect you. Jews around the world urgently need this upgrade.

Community messages with a brand (“from the masorti movement”; “from the reform movement” etc.) are but a sad confirmation of disunion. They do not encourage Am Israel to unite, to compromise for the greater purpose of being alive. On the contrary, this is the kind of message that has the ultimate effect of a Greek celebration of Hanukah.

Acquiring a weapon, something specifically viable in the United States, is an option on the table. However, weapons (from a pistol to a canister of pepper spray to an umbrella) do not make magic and are likely to be counterproductive to any unprepared user. In particular, a person who chooses a firearm does not only have to train constantly, but also has to make the moral decision on whether he is prepared to shoot before starting to carry a weapon.

Last but not least, even though aliah is a founding principle of the State of Israel and a birth right of every Jew, do not trust a politician who tells millions of Jews to make aliah at the same time. First, because the State of Israel would collapse; no country is prepared to absorb immigration if the figures increase suddenly and exponentially. Second, because this is not a practical solution for Jews who do not believe in the State of Israel. The message given is a message telling Jews to run away again, instead of uniting and standing up for themselves. As much as Jew-hatred is a reality, so it is that only Jews can the heal the world from it. Maybe, someone may have to sacrifice and stay in the Diaspora for the sake of our people right now.