The Blogs
David Herman
Apply for a Blog
Please note that the posts on The Blogs are contributed by third parties. The opinions, facts and any media content in them are presented solely by the authors, and neither The Times of Israel nor its partners assume any responsibility for them. Please contact us in case of abuse. In case of abuse,
Report this post.

FROM PRIME MINISTER TO PRESIDENT –  THE DISRAELI TABLE’S ALIYA

Never in his wildest imaginings could the Earl of Beaconsfield, Benjamin Disraeli, have foreseen that his beautiful mother-of-pearl inlaid table would one day in a different century be sitting in the salon of the residence of  President Reuven Rivlin in the State of Israel, in its capital Jerusalem. The table on which he probably had tea and cake with Queen Victoria and on which he also may have signed the Suez Canal Purchase Agreement and which even featured prominently, as you can see in the photo, during President Trump’s visit to the President’s Residence. 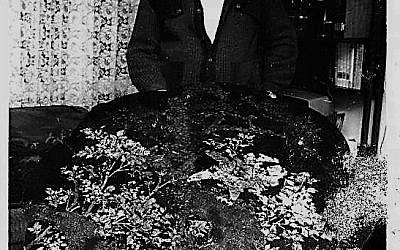 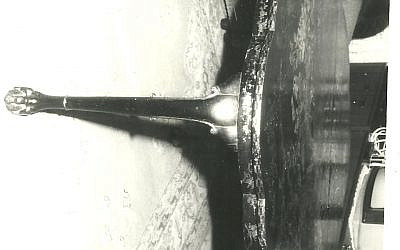 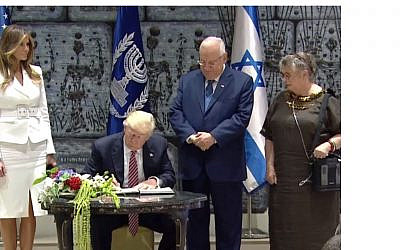 So you may well be asking yourselves why the heck, I, a humble Israeli citizen of British origin, should be making such a fuss about a table with such aristocratic associations? Well then, I feel that I must let you into an amazing secret, but please keep it to yourselves. You see, back in 1988, my brother and I decided to present the table as a gift to the Residence of the President of Israel to honor the memory of our beloved departed parents, Reuven and Rachel Herman z”l, who had purchased the table at an auction of the effects of the estate of the Earl of Beaconsfield, Benjamin Disraeli, in 1966.  And years later, after my parents came on Aliya in 1969, the historic table became a proud fixture in the salon in their Tel Aviv apartment. And today that same table occupies a prominent place in the President’s Residence. The Jerusalem Post’s talented columnist, Greer Fay Cashman, even mentioned it some years ago in one of her articles.

Of course we did receive a very nice letter of thanks from the President’s Office for our historic gift to the nation, but it did occur to me that it would be a nice gesture by the President to invite us both to have a cup of tea with him on that same table at which Benjamin Disraeli the Earl of Beaconsfield had tea with Queen Victoria when he was the Prime Minister of England before he passed away in 1881, a little over a hundred years before his table made its Aliya way to Israel and to President Rivlin’s Residence.

Incidentally, in his day Disraeli was also a leading novelist thanks to such well-known works as Endymion, Vivian Grey, Coningsby and Sybil, so it is conceivable that, had he lived today, on this very table he might also have penned a best-selling novel called “A TABLE’S TRAVELS”.