What do you do when you discover that your neighbor is starring in a new movie with Israel’s popular actor, Yehuda Barkan? David Lev Bannister is just another nice guy in Shiloh, and now he should be famous soon. Should I ask for his autograph? Or I wait to see the sneak preview (other than the clips of outtakes I watched and the promo) of a wonderful new movie in which he appears, “Stories of Rebbe Nachman”, based on four magical fables of the great Hasidic master, Rebbe Nachman of Braslav.

And how do you react when you discover that the director of the film is none other than another old neighbor from Shiloh, Kenny, turned Tzvi, Fishman, who I’ve known for 30 years? 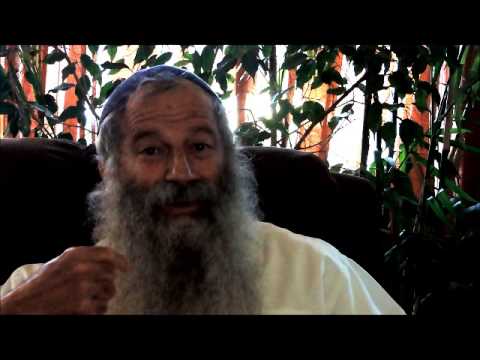 Tzvi Fishman made Aliyah from Hollywood where he was a successful and up-and-coming screenwriter. In his religious reincarnation, Tzvi has since become known for his series of popular commentaries, co-authored with Rabbi David Samson, on the teachings of Rabbi Kook; for his wonderful novel, “Tevye in the Promised Land,” (which even has Jabotinsky in it) and for his witty and controversial blogs a few years back on the Israel National News website. Now he has returned to his first love of filmmaking and just finished writing, directing, and producing a refreshing feature-length film of some of Rebbe Nachman’s most famous stories, including “The Worldly Son and the Simpleton” and “The Turkey Prince.”

Made on a low budget of $175,000 (most Israeli films cost from 1-2 million), the film looks like a Hollywood production. The fairy-tale like stories, filled with kings, princes, and demons, transport the viewer back a few hundred years to a magical world of castles, lush green landscapes, and enchanted forests. The richness of the colors is amazing, the settings constantly fascinating, the costumes as real as can be. Photographed by one of Israel’s top cinematographers, Jorge Gurvich, the movie is a visual adventure. In addition to my neighbor, the cast includes Israel’s all-time box-office champ, Yehuda Barkan, in an amazing comeback performance, sounding like Sean Connery, in his first role ever in English.

Also featured are Yehuda HaKohen, another friend of mine from Beit-El, in the powerful role of the Worldly Son, in a compelling tale which is a metaphor for the religious and secular split that still divides the Jewish Nation. David Lev Bannister plays the Peasant who discovers that a great treasure is buried under the stove in his house, the theme of self-discovery in another well-known Rebbe Nachman story.

Another great performance, in three different roles, is given by Daniel Dayan, an old friend of Fishman from Hollywood, now living in Tzfat, who started Tzvi on his journey of tshuva and Aliyah when he asked the then Hollywood screenwriter why didn’t he know anything about Judaism. It’s a reunion of the pair after more than 30 years. 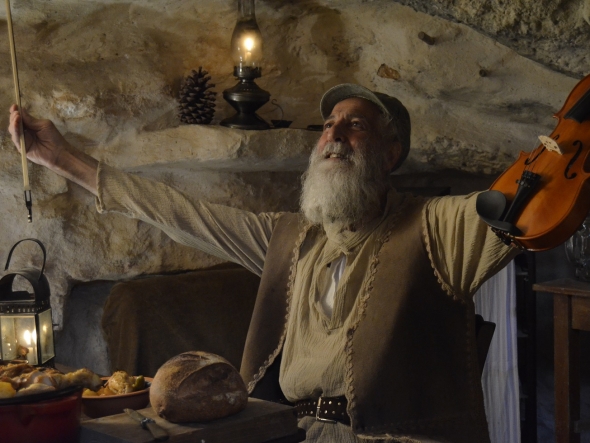 Another gem of a performance is given by Fishman’s seventeen year-old son, Amichai, in the role of a prince who starts acting like a turkey, throwing off his clothes and getting down under the king’s table to eat the crumbs that fall to the floor – a metaphor for children who stray from the accepted path, and, in the mystic world of Rebbe Nachman, a metaphor for the Jewish People who forgot their true identity as sons of the King during their long exile “under the table” in foreign lands.

“One of the ways I kept the budget low on movie is by using friends and my sons in key roles, trusting that they could do a good job,” Fishman reveals. “Though he’s a serious Talmid Chacham today, with a beard longer than mine, Daniel Dayan is an experienced actor form Hollywood, and Yehuda Barkan worked for peanuts because he believed in the message of faith and joy that we tried to communicate through the film.”

Tzvi himself isn’t a Breslov Hasid and he admits that he’s never been in Uman, but he succeeds in getting across the joyous and optimistic, faith-filled message for which Rebbe Nachman is known. After my sneak preview screening of the film in Tzvi’s home, I was up on my feet dancing to the movie’s happy theme song, “I’m Happy with My Life.”

To bring his film to the big screen, Fishman needs another $20,000 to pay off some bills, do a final sound and video mix, and have the dialogue translated into Hebrew, so he is running a fundraising campaign on Jewcer and you’re invited to check it out.

The film is scheduled to be released this summer and is an entry in the Ophir Award competition, Israel’s version of the Academy Awards. Who knows?

If Fishman wins, he might find himself back “under the table” in Hollywood!