The signing of the Abraham Accords agreement on September 15th, 2020, has created an extraordinary opportunity for the State of Israel to develop its regional relations – especially with the Gulf States. I can say firsthand that the opportunities that the agreements have opened have led to continued curiosity and excitement among all involved – and especially among Israelis and Emirates.

In the past year, I have come to learn the steps that the United Arab Emirates has taken in the fight against the climate crisis, and its vision for a modern, progressive water-sustainable country. I realized how much one can learn from their effort to save our own extraordinary natural wonder – the Dead Sea. 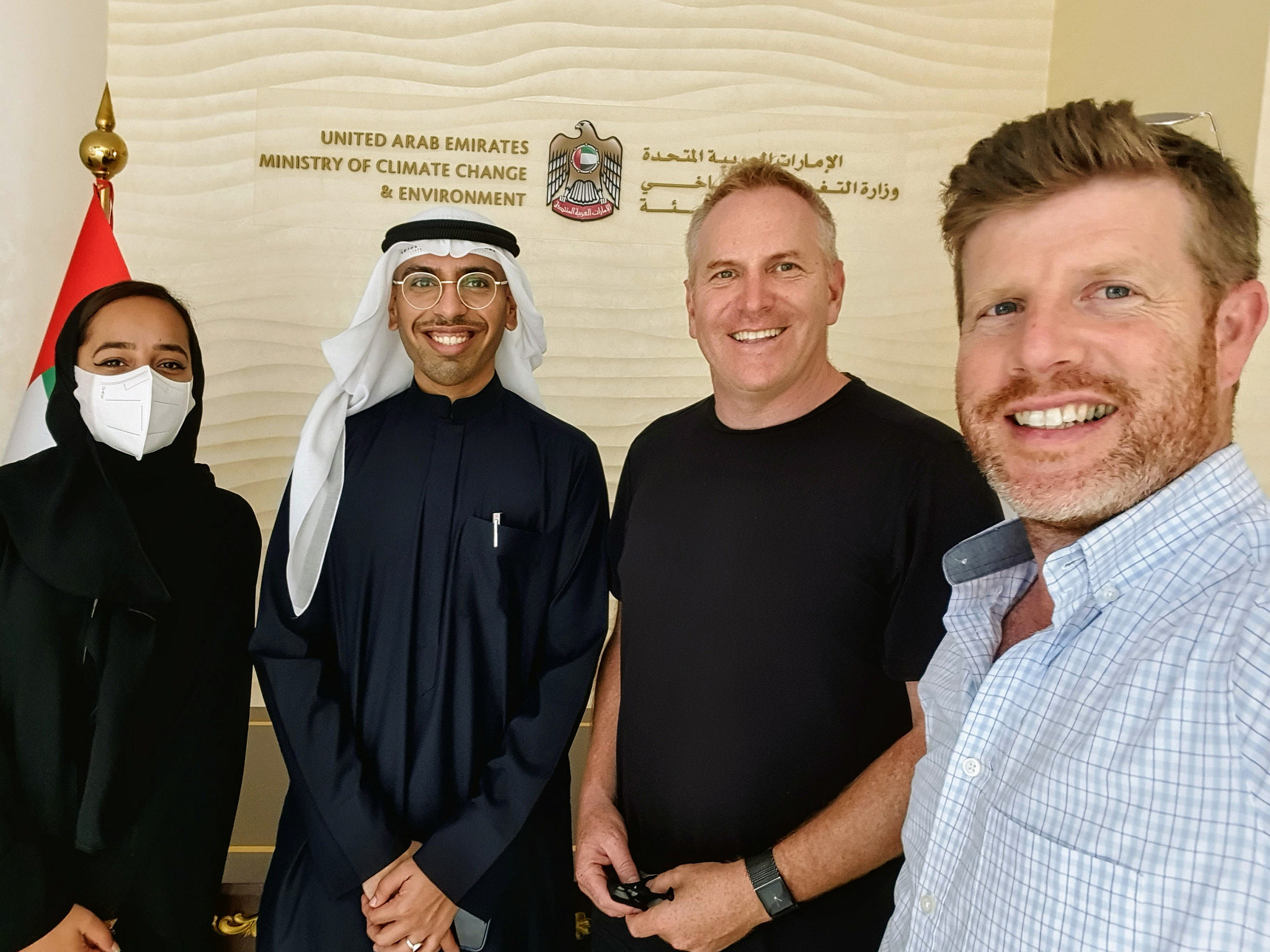 Noam Bedein meeting with officials from the UAE Ministry of Climate Change and Environment, credit: www.MiddleEastEcotourism.com

After five years of documentation, exploration and environmental advocating for the lowest point on Earth, I have reached a point of realism, recognizing that the origins of the Dead Sea water crises are linked to regional water politics, demography, and climate change.

In many countries of the Middle East, the water crises in the summer of 2021 are in a dire state of emergency for water sustainability. Arab countries are facing a water crisis that threatens their ability to meet the needs of their citizens.

Since 2014, 13 countries in the Middle East and North Africa have been in a state of water shortage. The UAE, on the other hand, has an advanced water economy based on advanced technology and is coping very well with its water challenges. In fact, the Dubai Ministry of Energy and Infrastructure recently formulated a water strategy for 2036, designed to ensure continuous and equal access to water under normal and extreme conditions and at affordable prices, efficiency, and water recycling.

Thanks to companies such as Gulf Red Med– a flagship in regional collaborations, I was given the opportunity to visit across the UAE to research and explore their solutions for access to clean and sustainable water.

The ideas that Israel can learn from the United Arab Emirates for the purpose of saving and preserving the Dead Sea covers various areas:

The UAE has one of the largest generations of youth among its population and even boasts an official Youth Ministry. Sustainability and environmental education in the UAE are highly advanced, as I learned firsthand.

During eco-research trips across the UAE, I found that Abu Dhabi’s Masdar City is a global pioneer in sustainable development and a leader in the field of ‘Sustainability Education’ for students from the UAE, Middle East and the world.

In Dubai, I was invited and hosted by Ben Hren, Environmental Education Advisor to the ecological Arbor School, to explore the school’s unique approach to Eco-literacy in the curriculum. The school’s innovative facilities were impressive, in particular, the igloo-shaped biometrics. Students spend time outside the classroom learning about the school’s collection of rescue animals and tropical plants, while actively partaking in building a sustainable future for all.

Due to the success of these visits, the DSRP is currently working on a Middle East student leadership program on water sustainability in Israel. The Dead Sea will be the main case study, a microcosm of water crises in the region. 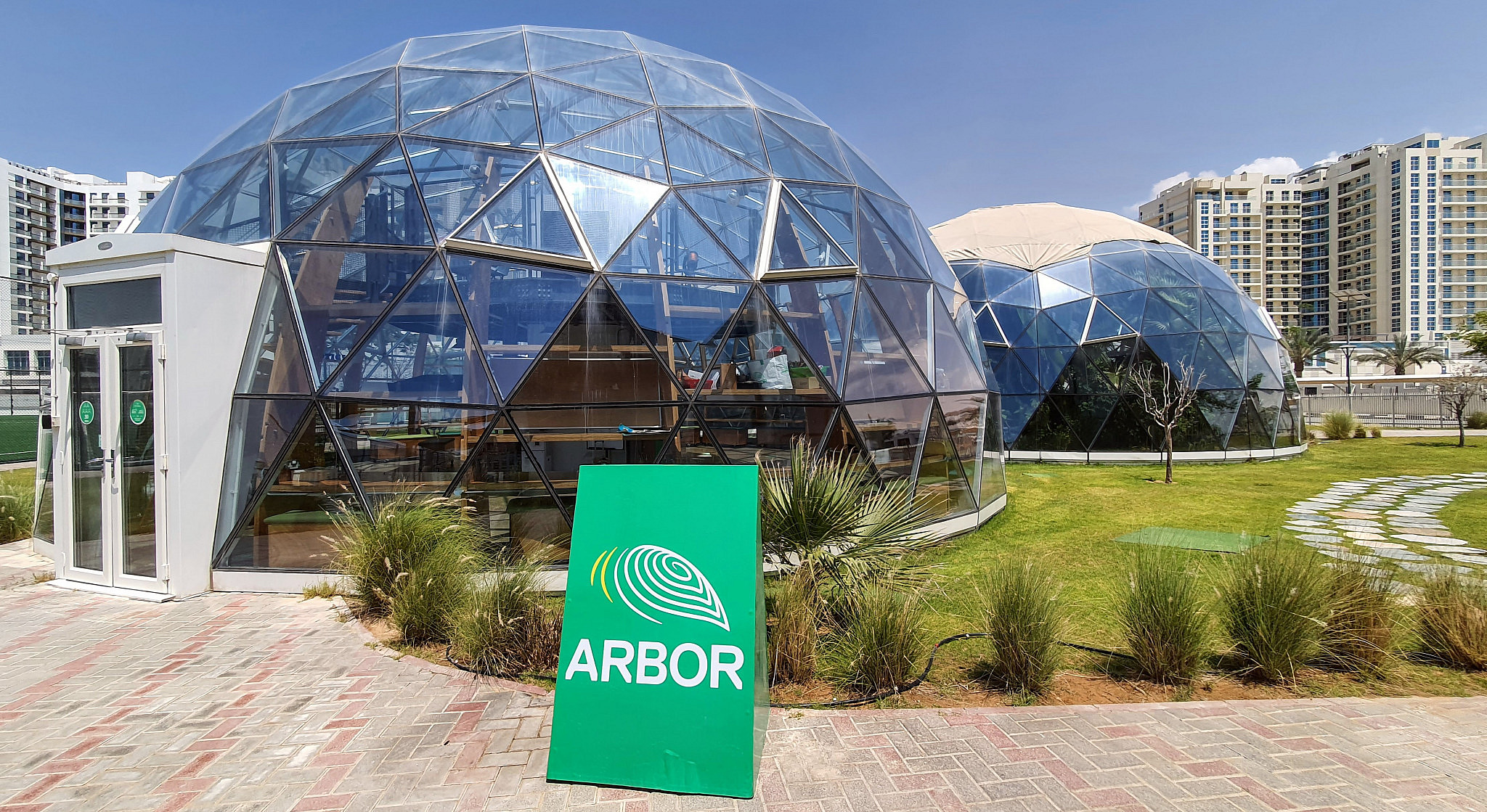 I explored five Emirates during my visits, and each one was distinctive culturally, their level of conservatism and in regard to modern urban developments.

I discovered one issue that was shared throughout the UAE – mangroves. Each Emirate had its own conservation project for its mangrove trees. These trees absorb up to five times more carbon than traditional rainforests. Mangroves are wonderfully productive ecosystems. They are key contributors to nature-based solutions for water filtration, beach stabilization, beach protection from storms, building materials and energy sources.

The DSRP is examining a research climate study for planting mangrove forests on the shores of the Dead Sea, and the effect it might have on the sinkhole phenomenon and the formation of precipitation over the Dead Sea area. 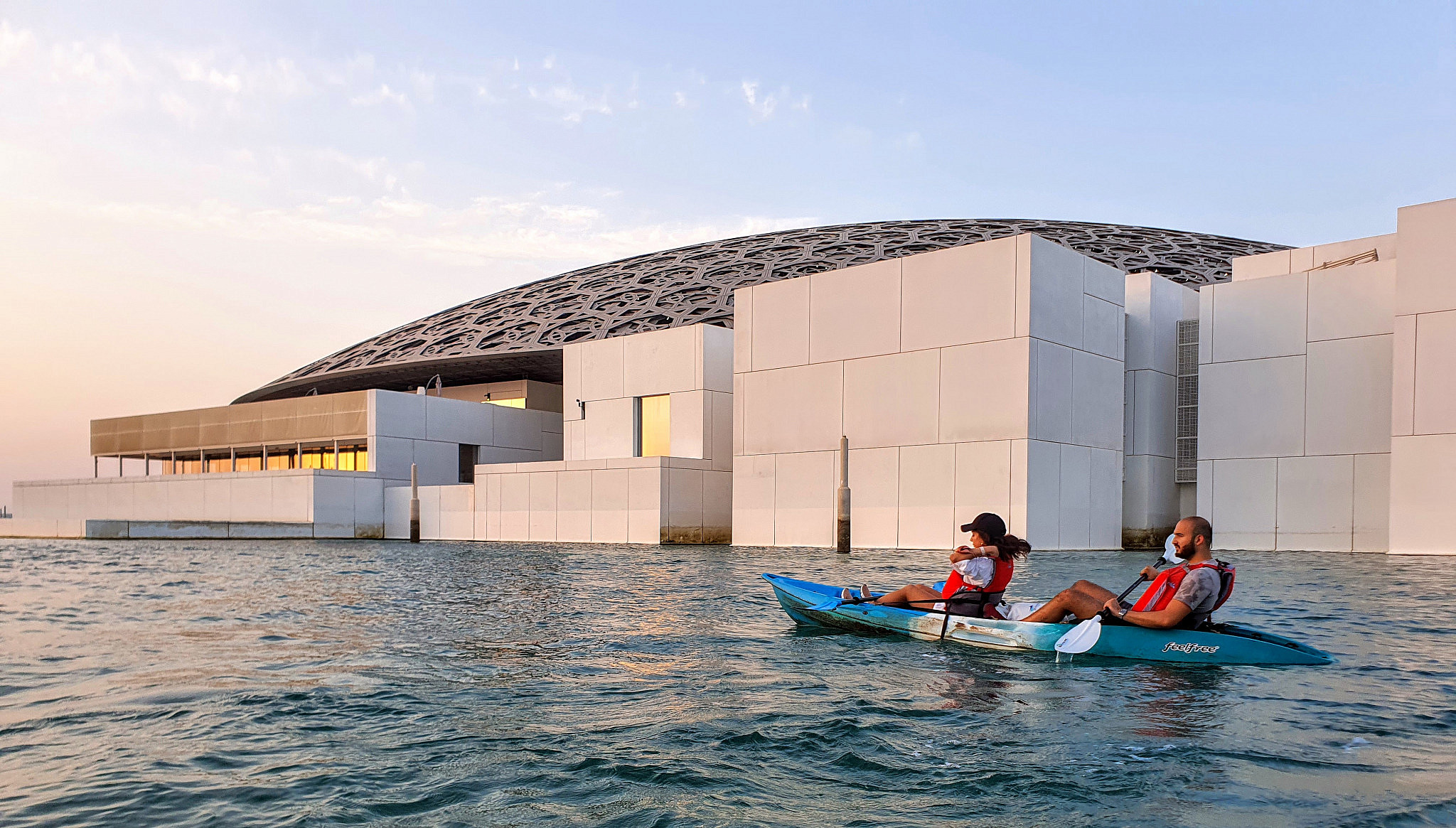 In Abu Dhabi, I visited the one-billion-dollar Louvre Abu Dhabi Museum and found its architecture as well as its exhibits mesmerizing.  The museum, which gives the illusion of floating on water, immediately reminded me about the Dead Sea’s Virtual Art Museum architectural vision, that placed it in water, showcasing that the Dead Sea Wonder belongs to the world.

A visit to this iconic museum, which is the largest in the Arabian Peninsula, gave me and DSRP Co-Founder Ari Fruchter, the inspiration to continue to promote an architectural iconic design for the physical Dead Sea Art Museum in Arad which will overlook the Dead Sea. 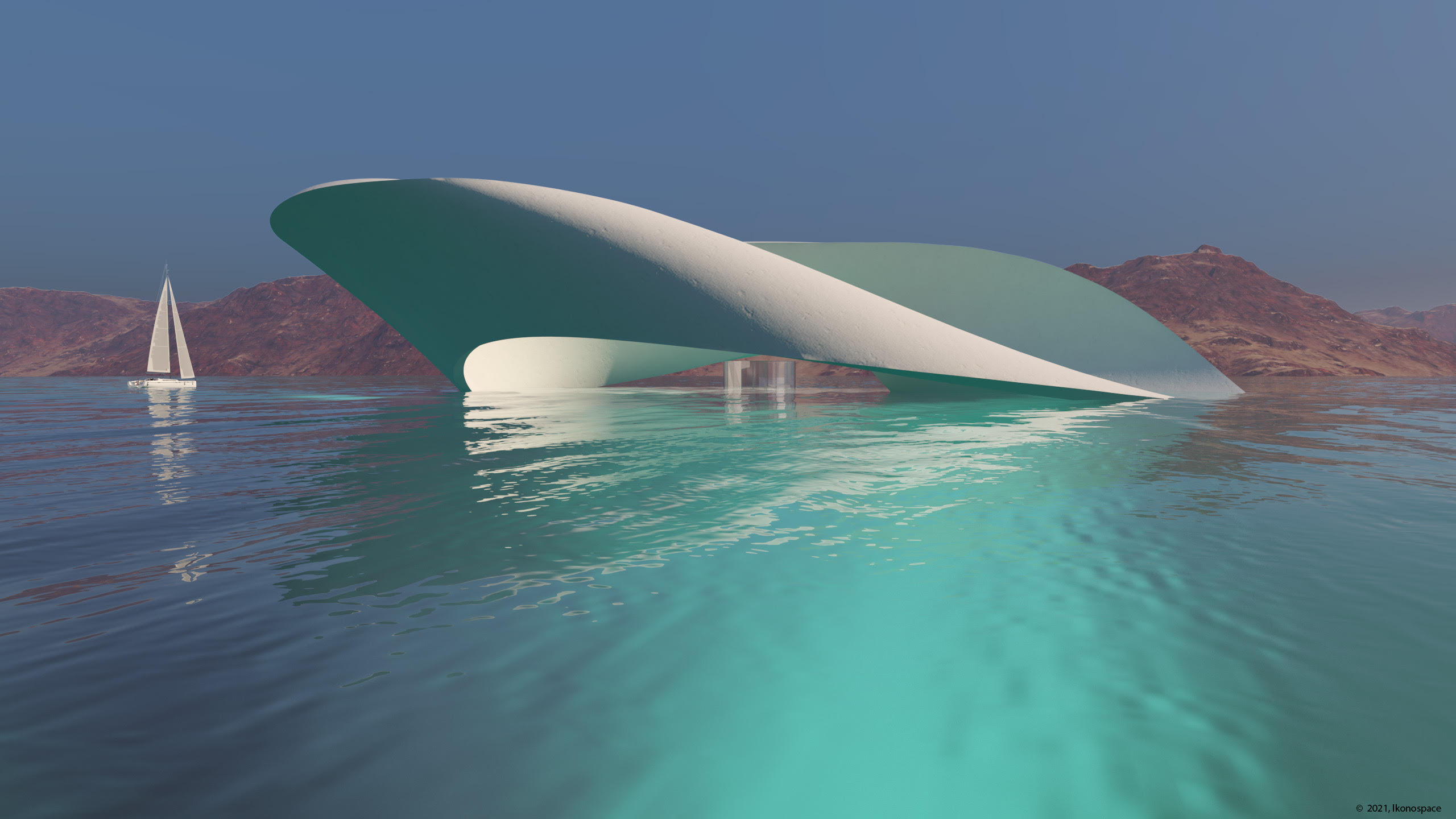 While exploring the Al Rafisah Dam in the Hajar Mountains, we were caught in the middle of a heavy rainstorm. We learned that the heavy rainfall was due to cloud-seeding.

Cloud seeding in the UAE is a strategy used to address water challenges facing the country.  It is one of the first countries in the Persian Gulf to use cloud seeding technology. It adopted advanced technologies available on a global level, using sophisticated weather radar to monitor the atmosphere of the country around the clock.

Israel has used this technique since the 1950s in the northern region but has currently stopped this activity considering the precipitation that has fallen in the North in recent years.       Have there been attempts or research done by the Israeli government Water Authority to investigate the use of cloud seeding over the Dead Sea? 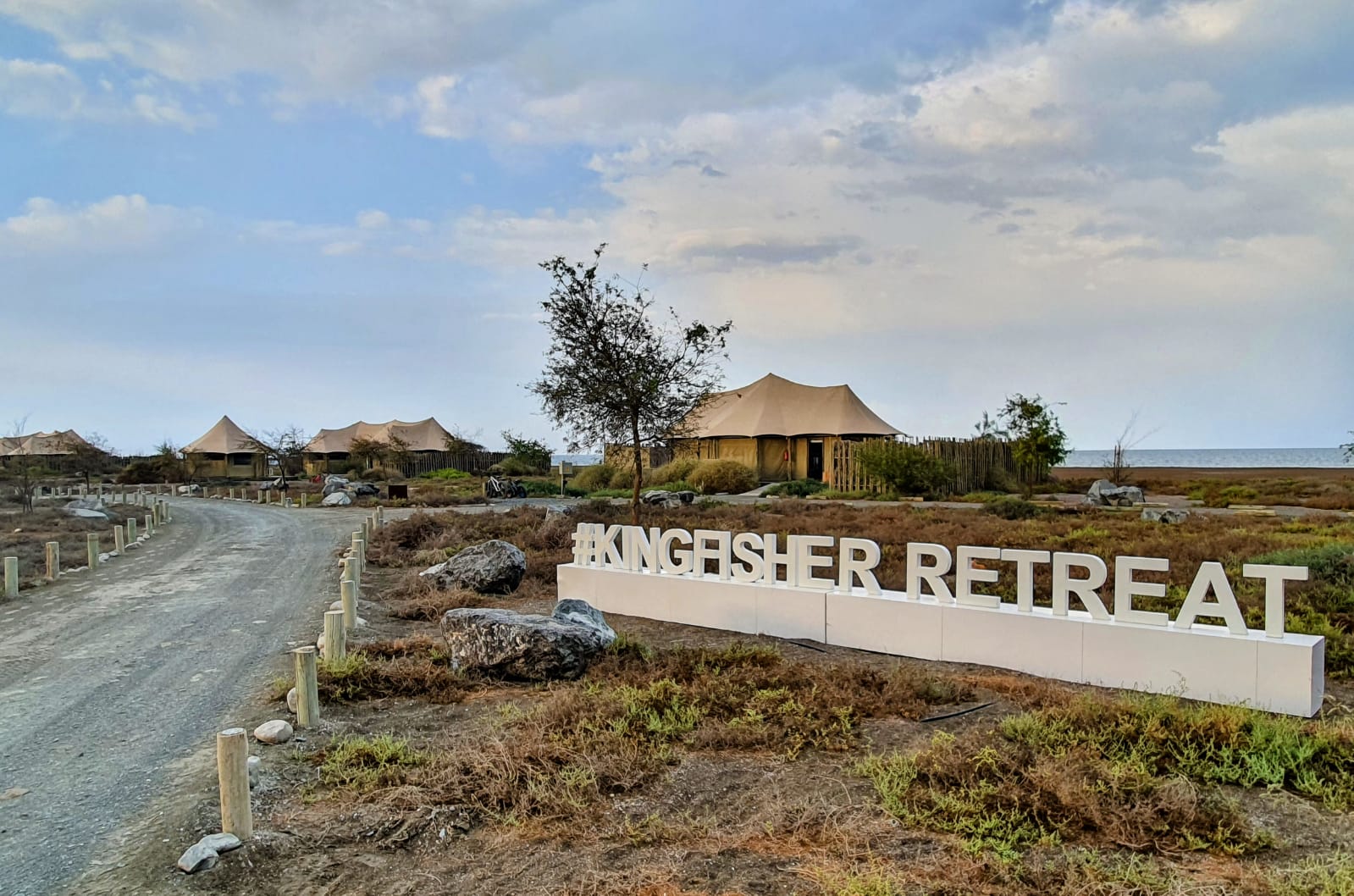 One of the highlights of exploring the UAE was an invitation by Ricardo Leduna, Director of Operations at the Sharjah Investment and Development Authority – Shurooq to visit and explore the ecotourism Mysk Kingfisher Retreat, one of the region’s leading tourist destinations.

The 20 modern tented lodges were constructed in compliance with the highest global standards of green and sustainable building that had minimal impact on the surrounding environment, which preserves the place’s unique ecosystem and protects its wildlife, such as; turtle nesting areas, gazelles and rare species of birds found only in this part of the world.

With an ambiance of luxury and convenience, the Kingfisher Lodge was built within the Mangrove Nature Reserve in the heart of Kalba, overlooking the Indian Ocean and a forest of mangrove trees surrounding the lodge.

This environmental tourism project, located in the Emirate of Sharjah, has clarified the high standards of sustainable development that the DSRP must promote for the North Dead Sea, which suffers from declining sea levels and the sinkhole phenomenon.

Recently, I received an invitation from the founder of the Crossroads of Civilizations Museum in Dubai to present a photo-art exhibition on the Dead Sea in honor of World Water Day, to be held in March 2022.  This museum is the only one in the Middle East to display a Holocaust pavilion and historical items belonging to Jews from Arab countries.

I was asked to organize beside the Dead Sea exhibition, a special event that emphasizes the conservation of water in the Middle East, in an attempt to connect the story of the Dead Sea to water treasures of the region. 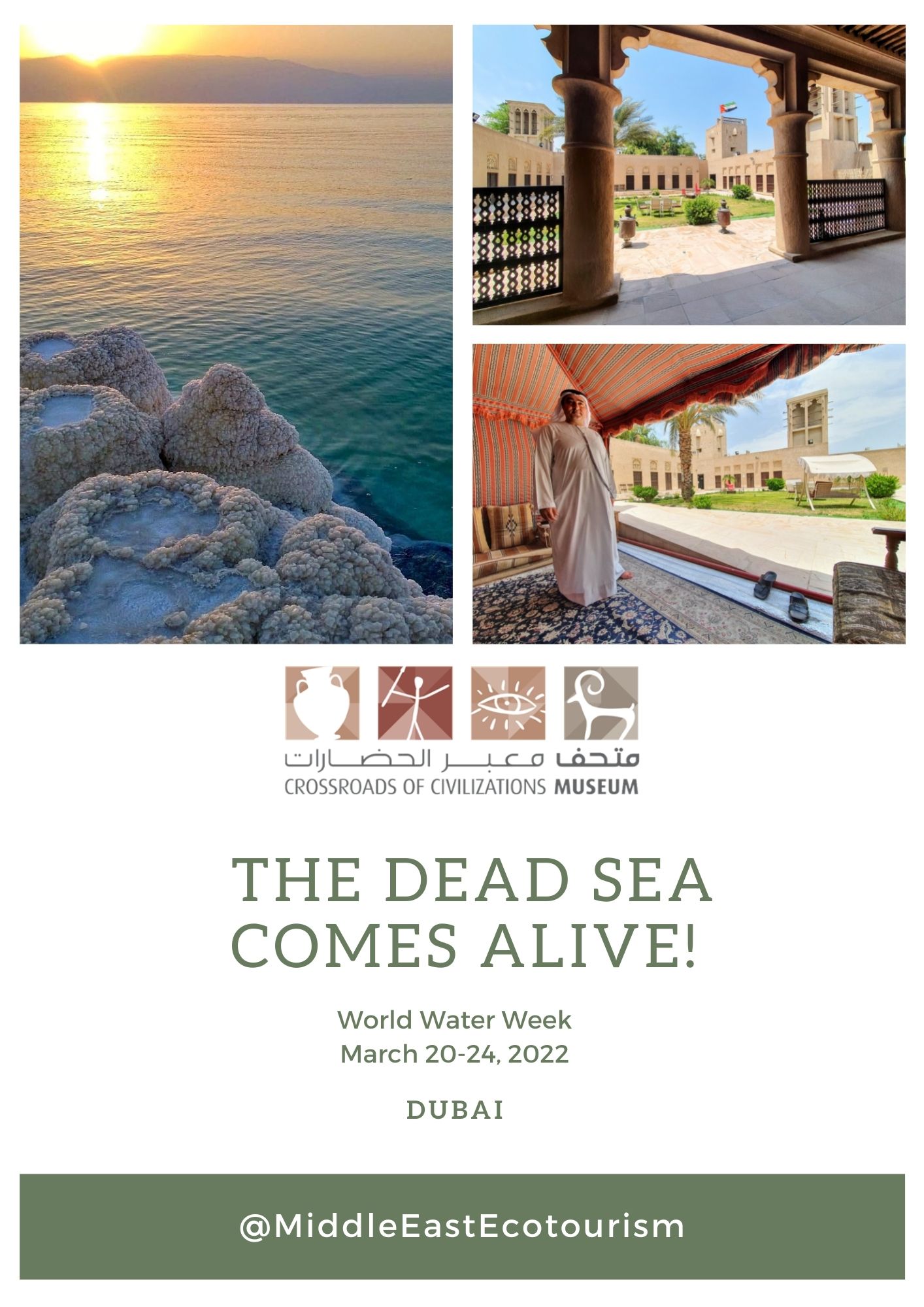 The State of Israel and the United Arab Emirates are both considered regional (and even global) leaders when it comes to water solutions. The Abraham Accords have created a mutual opportunity for them. The time has come for us to learn from our new regional friends, and apply the lessons, in the first stage on the Dead Sea – and later also to other natural water resources and streams, in Israel and throughout the Middle East that are in desperate need of sustainable rehabilitation and management.

Noam Bedein is the Founder and Director of the Dead Sea Revival Project.