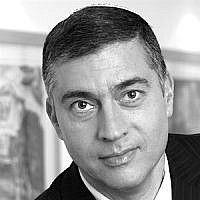 The Blogs
Yossi Zeira
Apply for a Blog
Please note that the posts on The Blogs are contributed by third parties. The opinions, facts and any media content in them are presented solely by the authors, and neither The Times of Israel nor its partners assume any responsibility for them. Please contact us in case of abuse. In case of abuse,
Report this post.

According to recent data published by the Central Bureau of Statistics (Israel), the percentage of women studying engineering in 2016 was the lowest at 29.6%, when compared with all other fields. Women comprise the majority of students, 60.4%, studying towards a bachelor’s degree. Further assessment of the data shows that even within the engineering fields, their representation differs significantly. While in the fields of architecture and industrial engineering and management, the percentage of women beginning their bachelor’s degree studies is high (70% and 50% respectively), in other engineering fields, considered to be “masculine,” their representation is considerably lower. For example, only 10% of mechanical engineering students are women, while in civil engineering and electronic engineering they comprise less than 20% of the students.

These statistics illustrate the gap that is still prevalent between women and the field of engineering. While, as mentioned above, in certain fields of engineering and biological sciences we see significant progress in the integration of women, there are areas of engineering that remain the mainstay of men.

The critics will argue that we have come a long way from the days in which women were completely excluded from the world of science, in general, and that of engineering, in particular, and that is true. However, although there has been significant progress in the integration of women in the field of engineering, the current numbers do not lie, and in Israel today, where women hold senior managerial positions, they still remain in the minority, particularly in the field of engineering.

The problem, as in many other cases, starts with the education system. Engineering professions were classified as masculine, intentionally at first and later due to laziness, because educators used learning methods more suited to men. This created a situation in which only 30% of female high-school students chose engineering, physics or computer science courses. In undergraduate studies, as mentioned, the statistics are similar, and the situation is even worse in advanced degrees.

As a person who gets to see classes filled with hundreds of female students studying towards engineering degrees, day in and day out, and as a person who is constantly witnessing success stories of women who excel in engineering and computer science studies and integrate in senior positions in academia and in the high-tech industry, it is clear to me that there is another way.

In view of the consistent and increasing shortage of engineers in Israel, it is particularly necessary to understand that, in the long run, continuing with such underrepresentation of half of the population in the fields of engineering and high-tech is not a viable option. In order to generate the necessary change, it is paramount to act to change the mindset and create the conditions needed to encourage many more women to integrate into the fields of engineering.

The change in connotation and image related to the field of engineering must be created among the next generation of women at an early stage and they should be encouraged to integrate within the field. Today, most of them do not see or find themselves in the field, and in order for that to happen, educators must be trained and learning strategies must be adapted. We need to hold workshops for parents, in order to remove negative comments relating to engineering professions. It is necessary to institutionalize cooperation between academic institutions and schools and to bring together female students and women who are successful in the field who can serve as role models and examples of success. In the academic field, affirmative action should be initiated in the allocation of scholarships to women who wish to enter the field of engineering, and the consideration of a partial government subsidy of their tuition fees should be discussed.

We must create a reality in which Israeli society, in general, and women, in particular, view women engineers as role models and sources of inspiration. If we do not do this, it will be to our detriment.

About the Author
Yossi Zeira is General Manager of The Jerusalem College of Technology – Lev Academic Center, which is embarking this week on the “New Tal Campus” project – the largest academic institution in the world for engineering studies for religious and Haredi women.
Comments