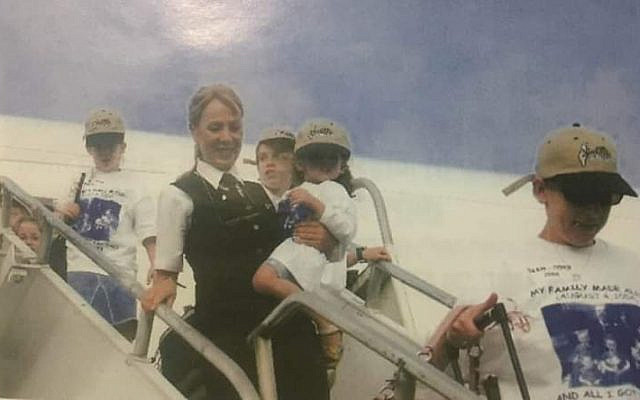 Happy AliyahVersary to us. (courtesy)

Recently I came across photos taken 30 years ago this summer. During that time, I was privileged to greet several planeloads of new immigrants from the former Soviet Union landing in Israel, welcoming them on the tarmac as they began their new lives in their ancient home. Even though some didn’t know it, they were fulfilling dreams of generations of the Jewish people yearning to come home.

Having worked for years to help free Jews from the USSR, and dreaming to live in Israel myself, each plane of new immigrants I greeted evoked a range of emotions from unvarnished joy, to yearning to be home myself.

I saw old people who lived through decades of persecution and war. They survived physical and spiritual genocide. They dreamt about Israel as an idea, and now made it to live out their final years in freedom. No doubt they have all passed, but gave their children and grandchildren an incredible legacy by remaining Jews in one of the hardest places and times to be Jewish. 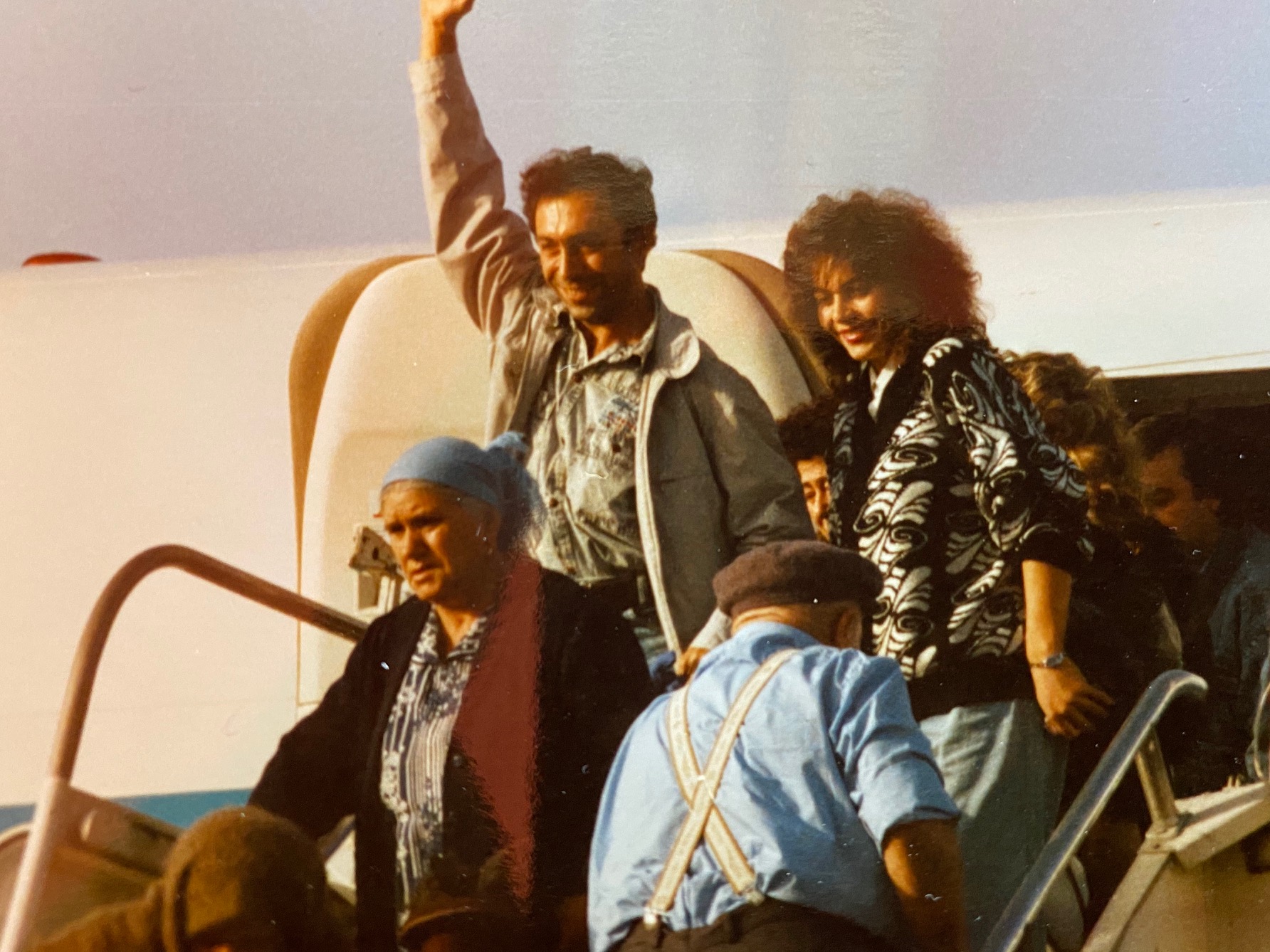 I saw young people who may not have suffered as much as the old people, but who understood more than others how they were truly beginning their lives anew. Today, they’re middle aged, and have raised children and been blessed by grandchildren. They’ve served in the Israeli army, integrating into our beautiful mosaic, yet whose Russian accented Hebrew gives them away as immigrants.

The children really got me choked up.

Maybe they knew they were Jews, if only anecdotally and from whispered conversations among their parents of persecution and dreams to be free. Maybe they had grandparents who spoke Yiddish and knew they were never really at home. In most cases they were raised without much if any Jewish tradition, without Zionism, and no understanding of their religion and peoplehood, for which they suffered discrimination that ran widely through the USSR all the same.

When I was a teen, I visited Israel for the first time and perceived it was a better place to raise children. I aspired to do that, but was watching others making that a reality, even if they didn’t know the blessings that were in store.

They stepped off the plane, no doubt exhausted and shell shocked. Rather than being newcomers in a land that they had always been raised to love and aspire to be in, as I raised my children, most of these children had no orientation for where they were, our history, or the future they were being given. For many, they had only heard bad things about Israel, their new home. Today, they’ve been through Israel’s elementary and higher education. They’ve served in the army. They are married and have children of their own. They’ve been blessed by the incredible aspects of life in Israel, and they’ve suffered war and terror and the economic downturn. They are Israeli. 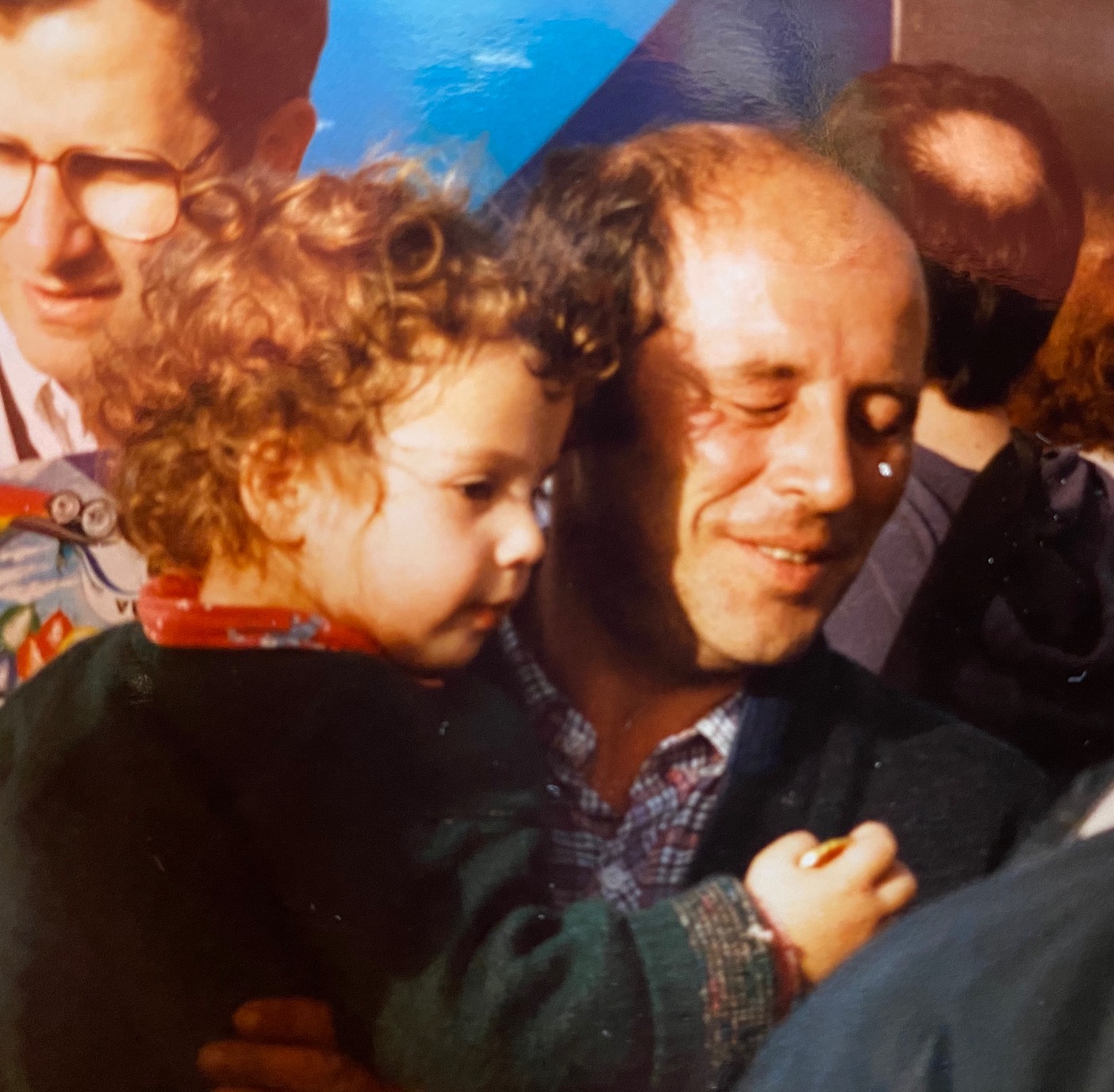 Children being carried on the backs and dreams of generations before them. (courtesy)

The pictures are emblazoned in my being. I hope that someone can find the people who are my fellow citizens and share these precious photos upon their arrival 30 years ago.

Finding these brought back a wave of emotion, but also framed my own arrival 16 years ago this week, through a prism I had not considered. As juxtaposed to the candid photos I took of them, today, the Jewish people’s Aliyah (return home to Israel), is somewhat more planned. Young singles arrive to join the IDF, planting roots firmly in our homeland. Families arrive, balancing the joy of being home with the challenges of absorbing their children in the wide range of ways this plays out. And older retired people arrive, not with two suitcases of all their possessions, but often reuniting with their children who made Aliyah before them, and with gifts for their grandchildren.

For all, it’s almost obligatory to take posed photos upon arrival of descending the steps to the tarmac, the first steps on the tarmac as Israelis, usually with the plane, smiling soldiers, or other meaningful backdrop, and waving their blue and white flags.

Sixteen years ago, this week, we joined the historic and biblical movement of being greeted and not among those doing the greeting. Two adults, five children (11, 9, 7, 5 and 3), and 14 suitcases. Our three-year-old was so little she was carried off the plane by a flight attendant. Our seven-year-old expressed natural challenges of bringing young children halfway around the world, leaving everything and everyone they knew, were comfortable with, and loved, declaring, “Put me back on the next plane to America.”

Our absorption was not without its bumps. By now we’re supposed to be veteran immigrants, full of experience and advice ready to help others to join us. New immigrants create a self-help support network along with many municipal and other services to make integration as easy as possible. Recently I did an interview for a program, Becoming Israeli, who’s founder Akiva Gersh, felt called to help in areas that may slip through the cracks.

People who have made Aliyah like us are aware and concerned about the rising anti-Semitism that’s plaguing Jewish communities in the US where the largest Jewish community exists outside Israel. But Jews in Europe, and the former Soviet Union are also ripe to come home. Several thousand descendants of the ancient Ethiopian Jewish community are waiting, as are Jewish communities in India, China, and other remote lands, all the product of our exiles. There’s lots of talk about hundreds of thousands coming home, or at least now considering it seriously for the first time. Time will tell.

But it makes my reflection of our own experience arriving 16 years ago with that of some one million Soviet Jews’ arrival a decade and a half earlier all the more relevant. Unlike many American Jews who lived comfortably for generations, believing that America is the exception and the anti-Semitism that made Jews flee other lands would never take root in the US, now people are having second thoughts.

The fact that I know we came home and were meant to be here was underscored by a Christian friend recently who sobbed that she might not have the opportunity of coming back to Israel again. She understood, as a Christian, what a privilege she has had to be able to visit Israel, not only once but several times. Together, we realized how much more so that is for us, and millions of other Jews, who truly have come home.

Maybe there’ll be no need to flee. Maybe Aliyah will continue with an ideological trickle rather than a tsunami seeking refuge. But either way we are home, and it’s our obligation to help those who will follow us, just as those who preceded us did.

Happy anniversary to us, and welcome home to those on their way or who have just arrived. 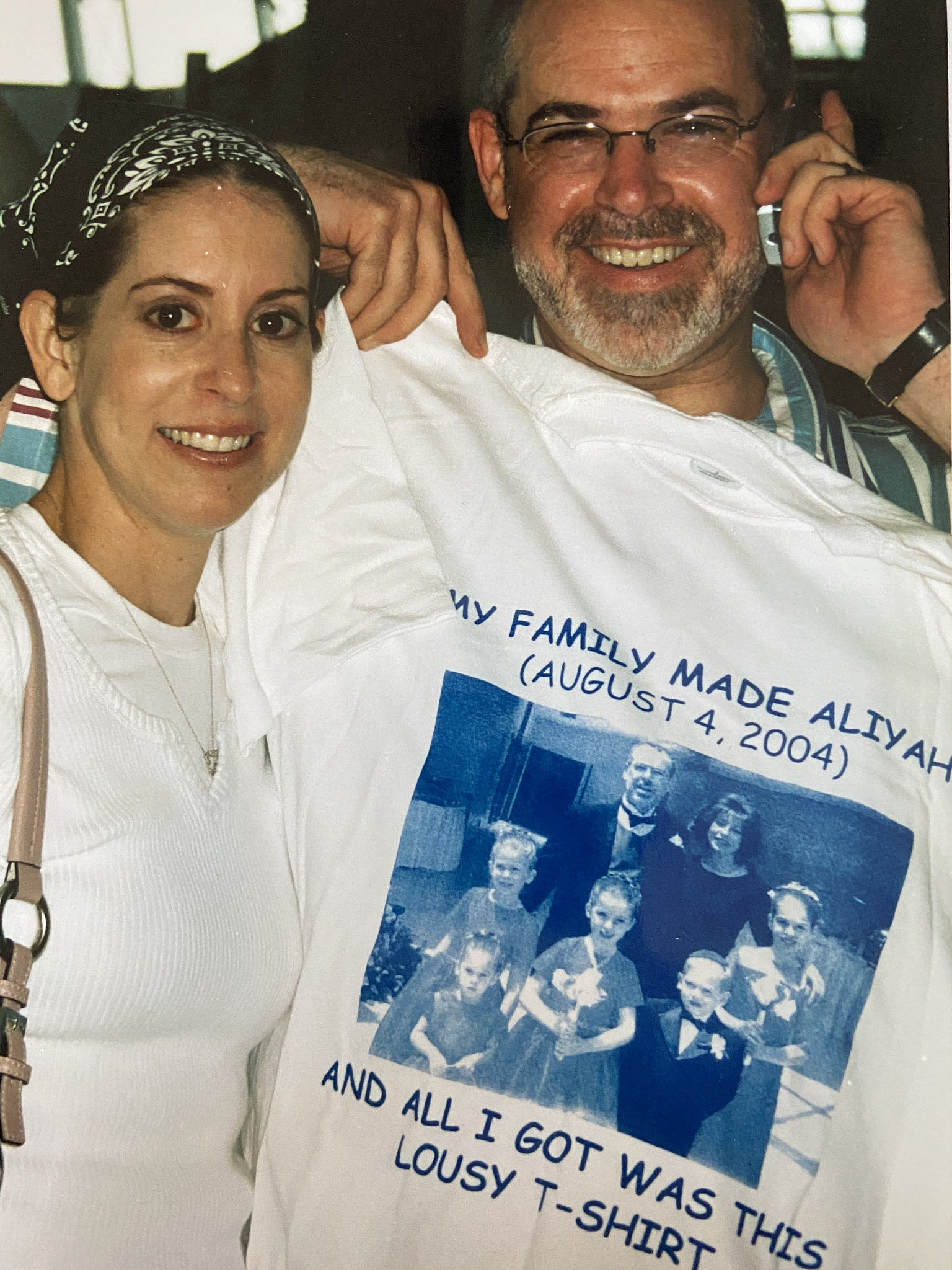 We got much, much more. And still do. (courtesy)
About the Author
Jonathan Feldstein made aliyah in 2004, married and raising six children in the Judean mountains. He is a long time Jewish non-profit professional. As president of the Genesis 123 Foundation he works closely with many Christians who support Israel, building bridges in ways that are new, unique and meaningful.
Related Topics
Related Posts
Comments