Across America, various cities are descending into chaos as violent protests spurred by the murder of George Floyd continues to spread well into the second week.

With overstretched law enforcement, New York City is being overrun by rioters and looters, while police retreated and abandoned stations to burn in Minneapolis, and parts of downtown Los Angeles resembles a vision from the Apocalypse.

Witnessing the lawlessness and violence continuing unabated as small business owners and residents are terrorized by agitators, criminals and gangs exploiting the chaos, President Trump has urged state governors to protect Americans and offered military support if necessary to help restore law and order.

Back in 1992, facing a similar scenario in Los Angeles, President Bush did exactly that and sent in the US Marines.

US marines in downtown Los Angeles

At the height of the operations, a combined 13,500 troops from the Marines, active component soldiers, and California National Guard were deployed to the area. 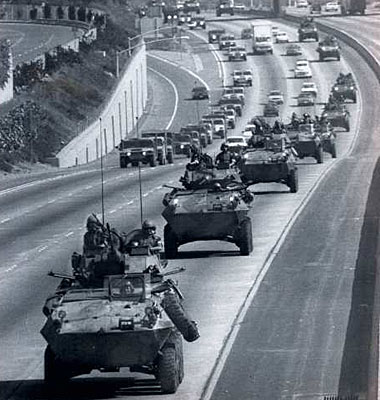 While Los Angeles has a history of civil unrest and the 1965 Watts riots required 4,000 National Guard troops to help suppress the disturbance, the 1992 riots were on a much larger scale.  The scope of the Watts disturbance was confined to a relatively small area of about 60 square blocks, but the 1992 LA riots were spread across hundreds of square miles from Hollywood Hills all the way to Long Beach. 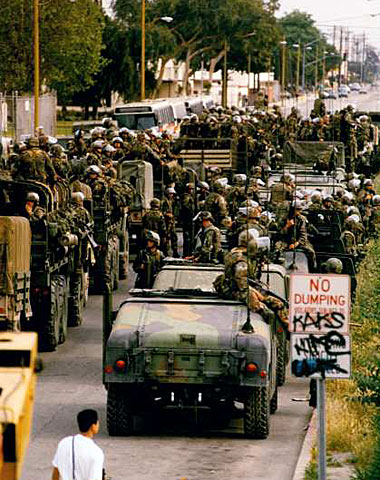 Moreover, parts of LA were extremely dangerous as the county had 1,000 gangs and around 150,000 gang members, with many police officers admitting they “lost the streets” some years ago.  As such on May 1, 1992, the Pentagon activated Operation Garden Plot—the Department of Defense Civil Disturbance Plan—to restore order.

The primary responsibility for protecting life and property and maintaining law and order in the civilian community is vested in the State and local governments. However, if they are unable to protect civilians, then the President is authorized by the Constitution and US laws to employ the Armed Forces to suppress insurrections, rebellions, and domestic violence under various conditions and circumstances. 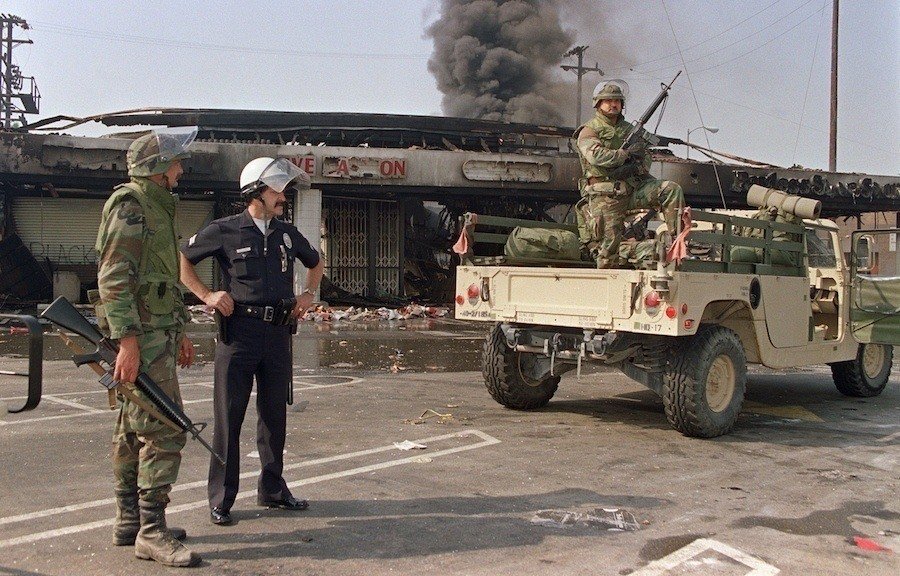 Chuck DeVore, then Army National Guard captain, recalled how from the beginning of the riots, patrols found flyers calling for “insurrection” and exhorting violence against law enforcement. Communist organizations and gangs authored the flyers, and the Marines were nervous when news about the two largest warring gangs—the Crips and the Bloods—agreed to a truce to team up against law enforcement and likely Marines. 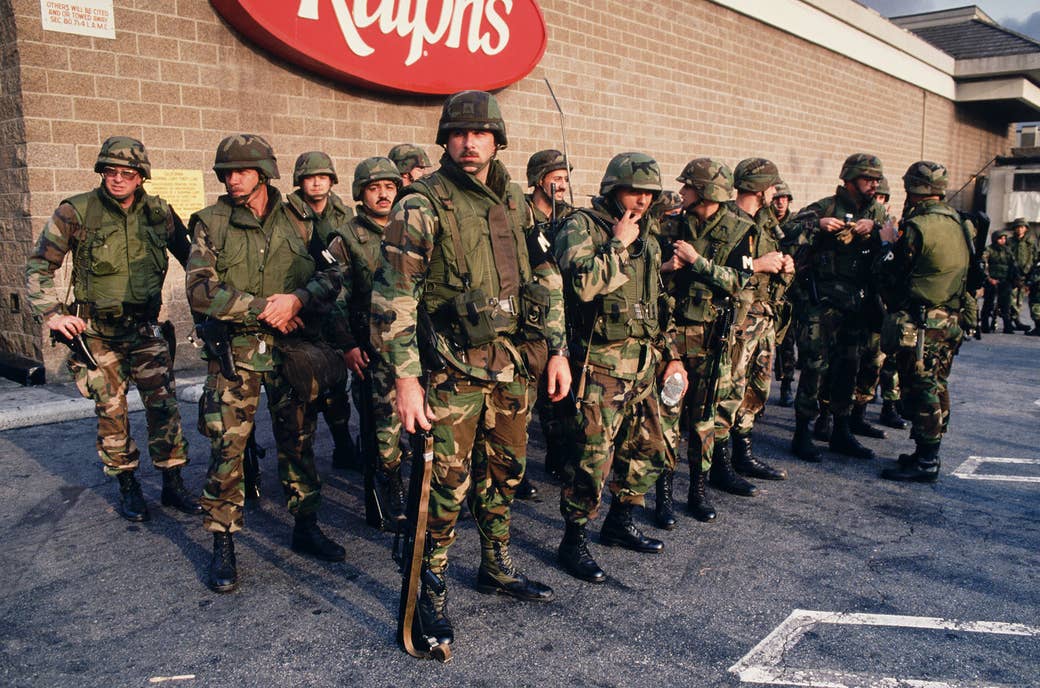 Firefighters were also shot at and refused to put out fires unless they had  armed escort, allowing almost half of the city to burn. But despite the real threat of the Los Angeles Police Department (LAPD) being outmatched by gangs, using the military to support law enforcement is not without its challenges.  Police officers are carefully trained with a focus on restraint, while armed soldiers are trained to assault with deadly force.

One example was when LAPD responded to a domestic dispute and had the backing of the Marines.  Upon approaching the house, one officer was hit by a shotgun blast of birdshot, and called to the Marines to cover him.

Unfortunately, what “cover” meant to the Marines and to the LAPD were two different things. While the officer wanted the threat of M-16s pointed at the house to deter the shooter from shooting again, the Marines thought the 200 rounds they fired into the house would be enough.

Nonetheless, the riots were quelled within five days, and crime rate dropped 70% in Compton.  According to General James Delk who commanded the National Guards, one elderly gentleman told them his wife could walk to the market for the first time in over 20 years, and the citizenry did not want the troops to leave. 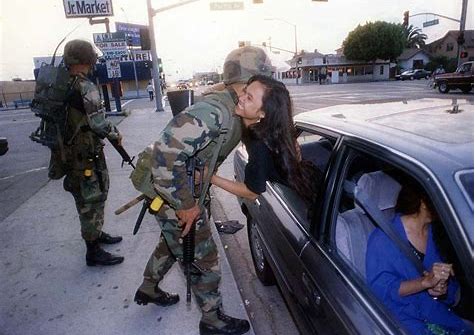 Marine Lance Cpl. Jason P. Brown gets a hug of support from Kayla Man, 17, of Carson just before curfew fell on May 6, 1992 in Long Beach.

Nor did the LAPD. It became accustomed to the military presence and continued to send new requests for military support instead of reducing the support it was already receiving.  As a result, the military had to slowly wean LAPD off in a phased withdrawal over a period of almost one month.

Now as rioters, looters and Antifa agitators continue to undermine the protestors’ message and wreak havoc on public safety and the ability of Americans to earn a livelihood, the military option may be exercised once more.

Although Defense Secretary Esper and General Mattis have come out against it and said this would “violate the Constitutional rights of their fellow citizens”–seemingly unfamiliar with Pentagon’s longstanding Civil Disturbance Plan, political commentator Dinesh D’Souza has argued that the US military is not solely used to protect foreign allies, but first and foremost to protect the American people.

Currently in LA there are 450 active gangs with a combined membership of more than 45,000. Should the escalation of chaos and violence create a lawless vacuum, gangs and vigilantes will step in to fill the void.  In Chicago, gangs are already having a shoot out over looting and self-policing.

Taking lessons from the “Roof Koreans” in Koreatown who were targeted by gangs and abandoned by an overstretched LAPD, Angelinos know if they can no longer depend on the government to provide law and order, then they will rely on their ammo to survive the law of the jungle.

Hopefully, the LAPD and National Guard can effectively protect Americans, incarcerate the rioters and criminals, and allow the peaceful protestors to continue. If not, President Trump would need to follow in the footsteps of President Bush, and send in the Marines to prevent LA from becoming a deadly urban warzone once more. 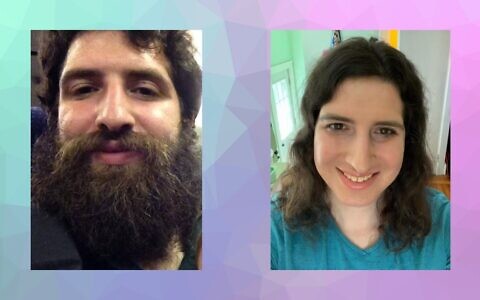 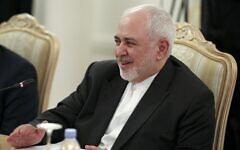 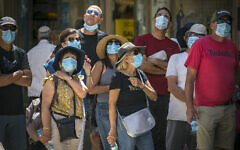 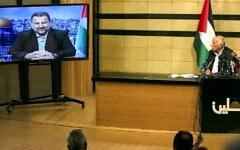 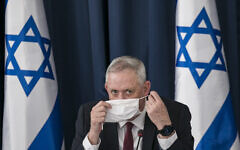 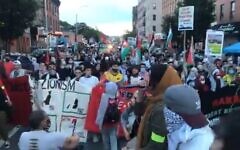