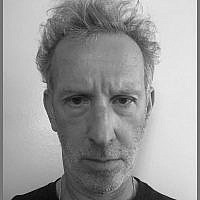 In September 1950, when the Israeli and American founders of Israel Bonds convened at Jerusalem’s King David Hotel to discuss the challenges and potential of their new initiative, the final communique noted that the task ahead was “beyond any conception which the Jews of America have had.”

The idea that Israel Bonds would succeed, let alone expand the scope of participation beyond the American Jewish community, was uncertain. Yet, following its launch in New York eight months later by Prime Minister David Ben-Gurion, Israel Bonds steadily progressed across borders and continents, building an inclusive enterprise of global unity.

And so it was that 69 years after the Bonds founders focused their efforts on the Jews of the United States, a 31-year old journalist and author from Berlin named Sebastian Hoffmann delivered powerful opening remarks on the first night of the 2019 Israel Bonds International Leadership Conference in Phoenix. When he concluded to a standing ovation, Sebastian had just represented three pillars of Israel Bonds that the King David attendees could never have imagined: an international reach; the inclusion of a youthful demographic; and, as exemplified through Sebastian’s own family experience, a concerted effort to give substance to the words “never again” through the economic strengthening of the reborn Jewish nation. 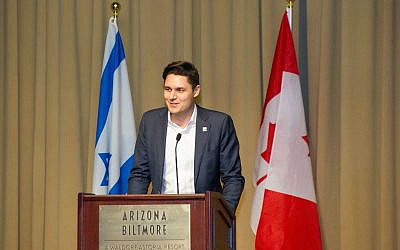 The chain of circumstances leading Sebastian to the podium that night began in 1928, in the northern German town of Uelzen, where his father was born, five years prior to Adolf Hitler’s ascension as chancellor. Incredibly, despite the terror of the Third Reich and implementation of the ‘Final Solution,’ Sebastian’s family was able to survive the horrors of the Holocaust, because, he explains, “my family managed to hide their identity. They were lucky that they found some local government officials in the right positions willing to help. In my father’s case,” he adds, “the cover-up was especially convincing because he wasn’t circumcised.”

Sebastian grew up in the medieval town of Lüneburg, a short distance from Hamburg. There was neither a synagogue nor a vestige of a Jewish community, yet, “I was so fascinated with religion that I started reading everything I could find, especially about Judaism and Christianity. The prophets of the Hebrew Bible became my childhood heroes.”

A natural outgrowth of Sebastian’s attraction to religion was the appeal of Israel. “My father was not religious,” he says, “but he felt a deep connection with Israel simply because he was Jewish, and he passed this sense of connection to me when I was very young. My interest in Israel intensified when I started reading the Biblical stories that took place there.”

Sebastian made his first visit to Israel in July 2015. Traveling five months after his father’s passing, he calls the trip “a wake-up call. My father was blessed to survive the Nazi regime, and I felt a responsibility to ensure that his survival would lead to something fruitful. So,” he continues, “I decided I would become the first generation after the Nazi terror to renew my family’s connection to Jewish life. My father’s death was like the final push to actively reach out to Israel, Judaism, and the Jewish community.”

He returned to the Jewish state three years later as a member of the Israel Bonds delegation commemorating Israel’s 70th anniversary. For Sebastian, the delegation was not only about celebrating; it was also cause for contemplation. “Here I was, the son of a German Jew who saw the SS marching through the streets, who witnessed Jewish families disappearing one by one and never coming back, who was living in constant uncertainty and fear that he could be next. And now I was in Israel, on its 70th anniversary, and the sound of freedom assured me Israel will always protect us. It was a very intense and emotional moment.” The delegation, he affirms, “was the spark that ignited my passion for Israel Bonds.”

That passion has been manifested in numerous ways. He considers himself a brand ambassador for Israel Bonds, “spreading the word and opening doors.” Sebastian observes that “most of the people in my life have only heard about Bonds through me. I talk about Israel Bonds whenever I’m asked what’s going on in my life. Moreover, I’m active on social media, and post, share, and ‘like’ content about Israel Bonds. I also organize Bonds events, activities and campaigns.” He sums up his dedication succinctly: “To my friends, I am Israel Bonds.” 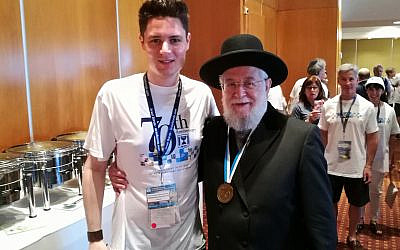 Eighteen months after the 70th anniversary delegation set Sebastian on the path of Israel Bonds advocacy, the journey led to Phoenix and his impactful moment at the International Leadership Conference. Opening the proceedings, Sebastian reflects, “meant the world to me. First, I wanted to pay back the trust Israel Bonds put in me with a strong address worthy of the occasion. Second, my father was blessed to get through the Nazi regime alive, and I feel a responsibility to ensure that his legacy continues. That’s why I was so grateful to get this amazing chance to touch the audience with my words.”

Sebastian’s other interests include writing – his first book was published last year and is being adapted for a television film – and he enjoys listening to music, learning about the artists and discovering the stories behind their songs.

But above all else, there is Israel Bonds. “Israel Bonds,” Sebastian states emphatically, “means that Israel and the Jewish world have each other’s back – what an important and beautiful mission!”