The Blogs
Jeremy Rosen
Apply for a Blog
Advertisement
Please note that the posts on The Blogs are contributed by third parties. The opinions, facts and any media content in them are presented solely by the authors, and neither The Times of Israel nor its partners assume any responsibility for them. Please contact us in case of abuse. In case of abuse,
Report this post. 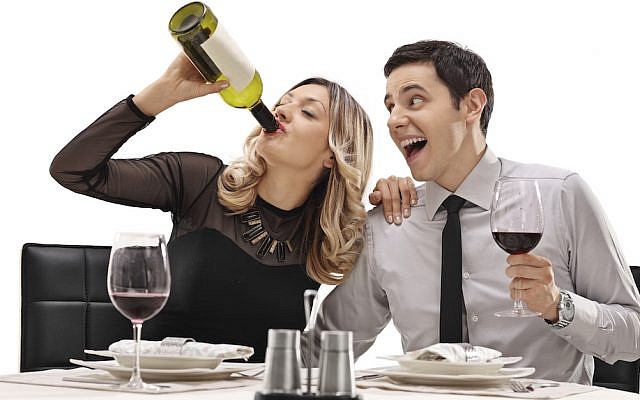 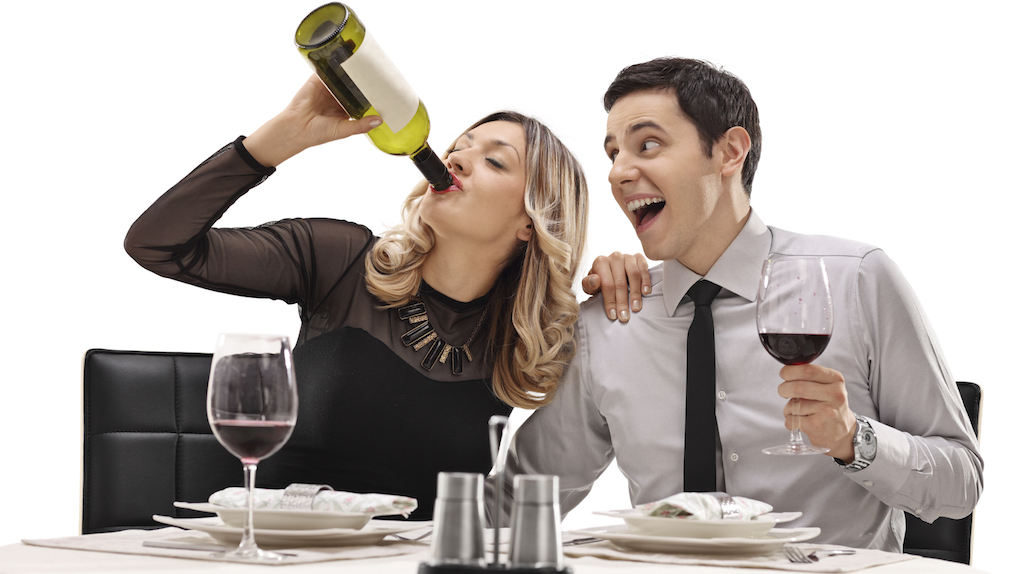 When Noah comes out of the ark, the first thing he does (after thanking God) is to plant a vineyard and then make wine. But then gets drunk and rolls around naked in his tent! You might think that being shut up with your family and zoo of animals for a whole year in a small boat would be enough to turn anyone to drink. Later on in the text Abraham’s nephew Lot will get drunk too and commit incest.

The Torah does not ban alcohol. Quite the contrary. It was a crucial part of Temple ceremonial and remains an important element of ritual today, used on holy days and celebrations. What Noah and Lot show is how any good thing can be taken to extremes. What starts as a genuine pleasure can soon lead to degradation.

The first archaeological evidence we have of wine dates back some 7,000 years to remains found in jars in Persia that were associated with religious and burial customs. Not much later, Egyptian rulers were often buried with plenty of jars full to ensure that when they woke they would not go thirsty. The earliest winery, which goes back some 5,000 years, was found the Caucasus Mountains.

Wine was also associated with blood, both ritually and poetically: “He will wash his robe in the blood of grapes” (Genesis 49:11). Throughout the ancient world, wine and blood were used in pagan worship. In Rome men and women doused themselves and bathed in both, and the association was perpetuated in the Christian ritual of Communion, in which the wine one drinks miraculously turns into blood. Little wonder such a mindset soon twists into claiming that Jews drink Christian blood on Passover. The blood libel has now migrated into much of Islam.

Because of this association of wine with pagan worship, the Mishnah and Gemara forbade yayin nesech — wine that is “poured out” (to other gods). Anything to do with paganism was treated extremely strictly, when wine was even touched by anyone suspected of being a pagan it was forbidden.

In times gone by, water was often contaminated, and most people avoided it. Instead, the poor drank beers of different kinds and the rich drank wine. Wine was associated with banquets and, of course, with the philosophical symposia in ancient Greece. So that in the polemic between Judaism and Greece, amongst a range of other comestibles, ordinary wine, stam yayin was banned in the Talmud in order to avoid fraternization and the chances of intermarriage. It was not a one way process. Both Christianity and Islam at various stages forbade their faithful from marrying Jews.

I should add that the issue of intermarriage is neither a racial nor an exclusivist issue. Genuine converts have always been welcomed, regardless of race, if their motives were a genuine commitment to Torah. The issue is continuity. Too many conversions are for marriage, and the religion soon gets ignored. Statistically, the chances of the children of such unions ending up as committed Jews is minimal.

But the law regarding wine is usually practical. In almost all cases a degree of laxity crept in, because with increasing travel and commerce it simply wasn’t practical in many situations. So by the time Jewish law became codified in the Shulhan Arukh (sixteenth century), the following is an abstract of how the law appears (Yoreh Deah 114):

Ordinary wine of idol worshippers is forbidden to the touch or to drink (because of use in idolatry). But nowadays idolatry is rare and ordinary non-Jewish wine is forbidden to avoid intermarriage…other strong drink is also forbidden similarly, but only where it is sold, but one may bring it home and drink it there….but others permit it and that is the custom in our communities

This last comment by the way was referring to the custom in Europe. Under Islam, drinking wine was confined to the lax and the wealthy.

As with many issues, attitudes varied from place to place. Some were strict. Others were not. All sorts of variations can be found in Jewish law, from the very stringent to the permissive, including the fact that technically a nonobservant Jew is regarded in the same light as a non-Jew.

I have lived through a change in religious fashion. Once, even the strictest authorities allowed non-Jewish wine at supervised Jewish functions, and drinking liquors and whiskeys without supervision. Nowadays the most restrictive rules that have become the norm. Fifty years ago, no one thought that whiskeys (whisky applies exclusively to Scotch) needed supervision. Indeed, the major halakhic authorities around the world dismissed issues such as the wine casks they were aged in or the myth that “blended” meant blended with wine. But nowadays the Haredi world no longer accepts anything that is unsupervised, even vegetables and fruit.

So, what is kosher wine? Not what it says. There used to be, it is true, non-kosher additives to wines to clear the sediments, such as dried blood or isinglass from a non-kosher fish. But, in truth they were not technically a problem because of the minute quantity and the fact that they had no impact on taste or color. Sure, there have always been cases of abuse and illegality. But so have there been amongst Haredi butchers and grocers. In Jewish law, we follow the majority. Kosher wine is not an issue of ingredients. It is simply saying that the process of winemaking (which is almost entirely mechanized nowadays) has been observed, to guarantee that no human has touched the precious fluids.

There are explanations as to why we have become so unbelievably strict. One is the fact that intermarriage has become so much greater a problem than it ever was, so anything that might be regarded as a safeguard is latched onto with a passion by those who care about it. And social drinking is such a feature of our society (and a cause of a lot that goes wrong) that the desire to limit it is not unreasonable. Besides, one can always order non-alcoholic drinks in the same way that at a business lunch where there are no kosher facilities one can go for a salad. The other is that with the massive expansion of the kosher supervision industry, any excuse for increasing its range and monopolies is seen as a great obligation, as well as jobs for the boys.

The issue of intermarriage, though, would not explain why we cannot bring the stuff home and drink it around the Shabbat table, where the chances of running into a sexy non-Jewish model are sharply reduced! So we fall back again on the current fashion for extremes. As I have often said, I have no beef with those who wish to go to the most restrictive extent of religiosity. Just so long as they do not try to impose it on everyone else as if it were the only option.

Wine has a very mixed history of good and bad effects. But in moderation it oils the wheels of human interaction. We are commanded to drink it but to beware of the excess that can reduce a human being to the lowest level of animal behavior.

Sigmund Freud accused Moses of being a kill-joy and imposing unreasonable restrictions. But the truth is, he and the Torah tell us to enjoy life and rejoice. Its just that one also needs to be disciplined and the Torah’s restrictions are intended to get us to think before we go too far. Sadly, even the most religious often take one and not the other!

About the Author
Jeremy Rosen is an English born Orthodox rabbi, graduate of Mir Yeshivah and Cambridge University. He was a lecturer at WUJS Arad, and former headmaster of Carmel College, Professor and Chairman of the faculty for Comparative Religion in Antwerp and Rabbi in Scotland London and now in New York. His weekly blog is at jeremyrosen.blogspot.com
Related Topics
Related Posts
Comments