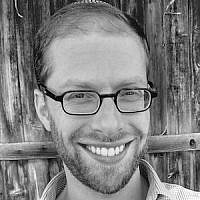 The Blogs
Joe Hirsch
Apply for a Blog
Advertisement
Please note that the posts on The Blogs are contributed by third parties. The opinions, facts and any media content in them are presented solely by the authors, and neither The Times of Israel nor its partners assume any responsibility for them. Please contact us in case of abuse. In case of abuse,
Report this post.

I watched silently as two dozen 4th graders trickled into my classroom, dropped their backpacks by the wall, and obediently took their places. Time for our daily morning ritual: the feigned prayer. The scene doesn’t draw much attention from passersby; it’s easy to miss the mechanic looks on the children’s faces or the way their bodies seem to sink into their seats. The optics can be deceiving. My students sing along. They have their fingers on the place. Most of them even read the words aloud, some with great devotion. But I know better. My students are present and absent, all at once. There may be a rhythm to their singing, a familiar ring to their cadence and beat. But beneath that façade lies a starker feeling, one that is at once apprehensive, mystified and defeated. When morning tefillah rolls around, I get the feeling that my students are ready to leave just as soon as they arrive. Their siddurim are open, but their hearts are closed.

These kids are praying without passion.

Talking to colleagues from around the country, I know their passive state is hardly unique. The passionless prayer reverberates across denominational and age lines. It creeps its way into coed and single-gender classrooms. It lives inside of schools of all stripes and sizes. Short-term fixes – the crisp-looking tefillah guides, the alluring incentive programs, the outright bribery and recriminations from teachers – they do little to breathe meaning into an utterly predictable, painfully prescribed morning rite that is simply not resonating with kids in day schools. For my part, I’ve swung the tefillah pendulum back and forth over the years in an effort to capture and sustain passion. More singing. Less singing. More room for reflection. More room for expression. Longer selection of prayers. Shorter selection of prayers. Somehow, nothing tips the scales of passion. As their teacher, it’s not my job to force students into a relationship with God. But it is my job to help them make acquaintances.

So on Tuesday, after a particularly comatose round of tefillah, I handed out slips of paper to my students and asked them for brutal honesty: What do you find so challenging about prayer? Their answers were touching and sobering: I don’t know what the words mean. We go too quickly. People around me are whispering to one another. It’s hard to concentrate. But the one that struck hardest: It’s not like I can see God, anyway.

This last sentiment hangs like a dark cloud over tefillah gatherings everywhere. Feeling like you’re talking when no one is on the other line can be a lonely and frustrating experience. It tests the limits of the human mind to imagine an “other” that is, well, unlike any other out there. When our conversations feel one-sided, we never experience the subtle joys of communication: the give-and-take, the practiced empathy, the chance to listen to another’s voice. With tefillah, it seems like we’re living inside ourselves and can’t break through.

I imagine these kids at their siddur celebration three years earlier and remember a different time. The wide-eyed marvel of receiving their very first siddur. The way they carefully massaged its pages, brand new and crackling with every turn. They were so happy then, so full of optimism and promise. So much passion. What happened?

The answer is complex, but I think it has to do with another “p” – purpose.

As kids grow, so does their need for understanding. And with that understanding comes an appreciation of how and why things work and what it all means. Life becomes more familiar, more intuitive. In their emerging worldview, children assign value to the things they can comprehend. If they can’t grasp an object’s purpose, it has little or no value. I believe this is part of the reason we start to see diminishing returns on our tefillah investment when kids move past the honeymoon period. The pages don’t crackle anymore. The siddur celebration is a cherished but distant memory. All that’s left is a series of words and behaviors that seem to belong to another time and place. A sense of unfamiliarity settles in, giving way to pointed questions about prayer itself. Why do we do it? Who’s really listening? Why does it have to be so repetitive? There always seem to be more questions than answers. The cognitive rank of tefillah falls. The passion erodes. Slowly, tefillah becomes a mindless and motorized action, something that we do out of habit but not conviction, like blinking.

How can we put the passion back into prayer? By defining its purpose and taking the strangeness out of it. Some well-intentioned educators, sensing this urgency, default to the text. They explain the siddur, line by line, until its prayers no longer read like a dispatch from a foreign country. That’s a noble pursuit, but it’s intellectually painstaking and time exhaustive. We need a “right now” solution for our kids, something that captures their hearts, not just their minds.

I see two ways forward. The first is to personalize prayer by making it relatable to a child’s everyday world. In my 4th grade classroom, we just started a daily feature called “News for Jews,” where we share news stories ripped from day’s headlines and relate them to a phrase or concept from the tefillah. The whimsical story about a German pig who solves digital puzzles gave rise to a short discussion about mankind’s superior intellectual gifts described in the fourth blessing of the Amidah. A profile of a deep-sea diver who narrowly escaped an oceanic tragedy helped us appreciate the sentiment in chapter 145 of Psalms that “God is good to all, and His kindness rests upon all of His creations.” Politics and sports make great fodder for highlighting connections about struggle, perseverance, service and compromise, all described at various points in the daily prayers. The news stories form an imprint on the child’s mind and make it stick to the text, so that the next time the phrase or concept is re-encountered, there’s an image attached to it. Tefillah then becomes a personal story about the world, helping students write their own chapters within a much larger narrative.

The second enhancer is thematic. If prayer is supposed to open a portal to the soul, then we need to define the scope of the journey. What are the raw human spirits we want students to touch during their prayer encounters? In my classroom, we focus on a different nobility for each day of the week and then use the silent moments following the Amidah to reflect: Could I be doing a better job in this arena? How will I live this lesson today? 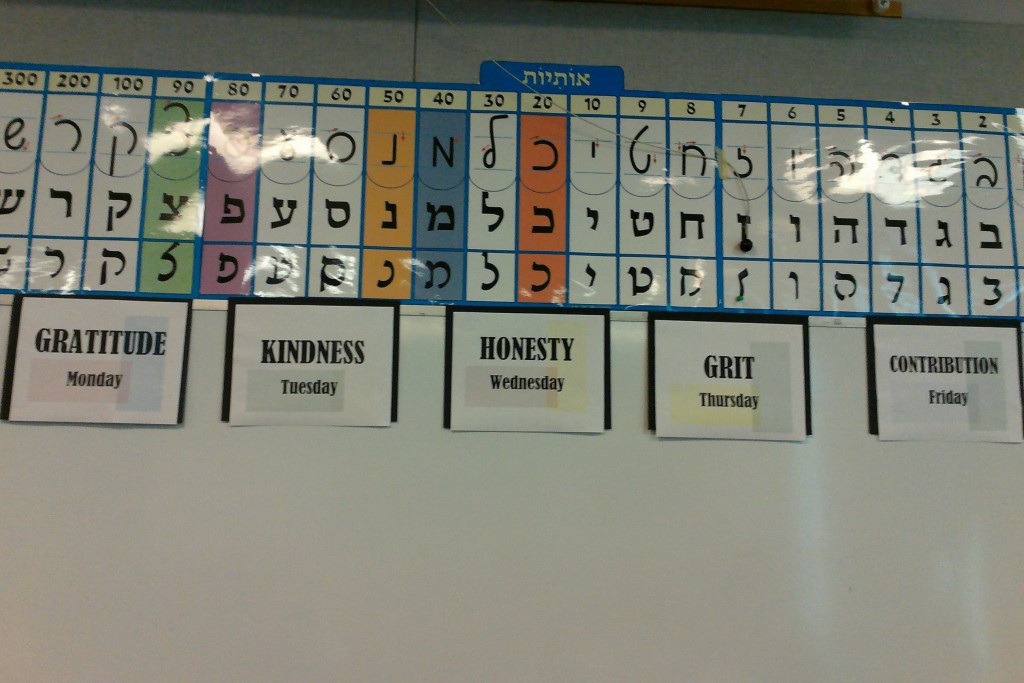 When prayer becomes an exercise in human consciousness, we stand a better chance of igniting the passions of students who want things to matter. They’ll appreciate the circles of meaning that are traced from the text to the wider world and then spill back onto the pages of their siddur. Prayer experiences no longer follow a straight line, but a curved path – through places big and small, near and far, familiar and mysterious. The wonder of prayer can return, and with it, the passion that comes with discovering something for the first time, all over again.

On the days following these changes, I noticed a resurgence in the students’ energy and attention. They mouthed the words with new meaning. They seemed more focused and self-aware. Maybe they sensed that they were on the verge of something different and exciting – an adventure of the heart. Whether these enhancements are enough to sustain more passionate prayer is still an open question. I hope they are. One student, acting on his own, produced a drawing that gives me hope: 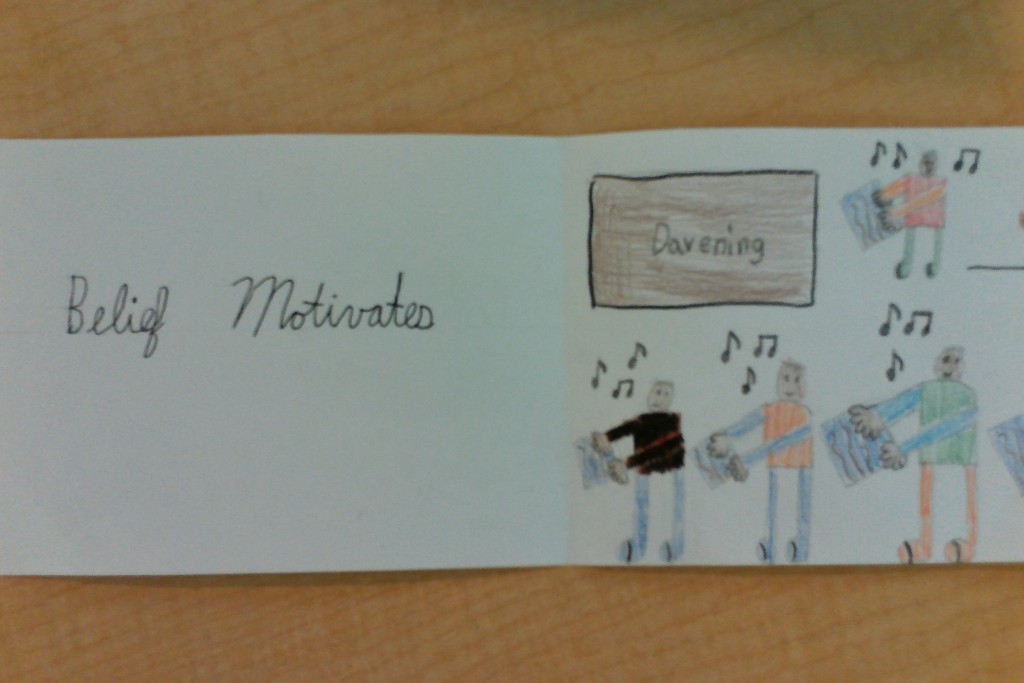 Maybe that’s the secret to passionate prayer: Believing that it’s important to keep talking, even if you don’t hear anyone on the other line.

About the Author
Joe Hirsch teaches students at Akiba Academy in Dallas, TX and is a doctoral candidate at Yeshiva University's Azrieli Graduate School of Education.
Comments