Twenty-five years ago, I spent the summer living in a small Bavarian town, studying German. The plan was to get comfortable in German, taking a language course in a place where few people spoke English and we had to manage in German or go hungry.

That was the easy part.

The more challenging task was to get used to living in Germany as a Jew, even for a short stay. I felt surrounded by ghosts. The very earth seemed to flow with blood. But I needed to learn German in order to study the history of the German Jews. And so I struggled to coexist with the earth beneath my feet.

I walked a lot that summer. I walked around the streets of Munich, encountering memorials of memory on this and that corner. I also walked through the forests and meadows surrounding the town where our classroom was, where our teacher drilled into us the rules and tones of German grammar. The forests offered their canopied silences, while the meadows led me along the foot of the majesty of the Alps.

But everywhere I walked I encountered him. Jesus on the cross. Jesus suffering. The nailed feet. The crown of thorns. The extended arms. These crucifixes seemed to be everywhere. Painted on the walls of buildings. In the markets and the side streets. Along nature walks in the forest, and as very Bavarian scarecrows on wooden poles amidst farms and gardens.

I was a rabbinical student at the time, and I was friends with two Protestant ministry students. One of my two friends got sick and so the other ministry student and I took him to the nearest hospital in Rosenheim. There was Jesus on the cross hanging on every wall. The inscription “INRI” marked each cross, the Latin acronym standing for “Jesus of Nazareth, King of the Jews” (Iesus Nazarenus, Rex Iudaiorum). I wondered whether my Protestant friends gave any thought to me as they looked at that Catholic imagery in this land that had tried to eliminate all its Jews.

The span of history collapses when we take it personally. Those crucifixes with the INRI inscription and suffering savior reminded those who passed by them through the years that the Romans mocked Jesus as king of the Jews, knowing that the Jews rejected him as king, as God, and even as a fellow human being, seeking his execution. How many people passed by those crucifixes and then turned toward their Jewish neighbors in resentment and anger? How could I just pass them by, as I walked on German soil?

Historians understand that the long history of anti-Judaism in European Jewish-Christian relations is not the same story as that of the Nazi-led anti-Semitism that led to the Holocaust. And yet the two came together in the Bavarian Alps in the small town of Oberammergau. Every 10 years since the early 17th century, the villagers of this community of 5,500 put a grand spectacle on stage, telling the story of the last days of Jesus, including his arrest, conviction, torture, death, and resurrection. Easter, the holiest day on the Christian calendar, marking the resurrection of Jesus, was a perpetual time of dread for medieval and early modern Jews. That was when their Christian neighbors sometimes would lash out in violence after just having been reminded of the role of the Jews in the rejection, trial, and execution of Jesus.

Those Jews who called for his execution in Jerusalem were the same Jews around the corner selling milk and cheese. The span of history collapses when we take it personally.

The Passion Play of Oberammergau told that story over and over, always outdoing itself, parading hundreds of its citizens on the grand stage in the center of town, along with donkeys, camels, and horses, a full orchestra, and a few hundred voices in the choir. All of this within the hills that the Nazi leader loved more than any other place, and near where he made his home.

Hitler loved the Oberammergau Passion Play for the story it told about the evil of the Jews, for the anger that the audience walked away with, and for the way they directed that anger on the Jews near and around them. Hitler, while not a pious Christian by any means, brought his ministers and generals to Oberammergau with him, and celebrated its depictions of the Jews. When the great cross was raised on the stage, with the Jews condemning the innocent and quite Aryan-looking young German on the cross, Hitler himself surely was fired up in his own hatred, if any such further intensification were possible.

Why, then, am I, a rabbi from northern New Jersey, leading a synagogue group to see the Passion Play this coming May? Because some things in the world do change for the better. The Passion Play director, Christian Stückl — who has directed the play since the 1990 production — has approached his task with the question of how to recognize the dark history of his town’s and his play’s Nazi past, and how to tell the story of the end of Jesus’ life without painting the Jews as responsible. Following the 1965 Vatican guidelines, Oberammergau today seeks to tell the story in a new way, which is responsive both to our best understanding of history and to the healing that must continue to take place between Jews and Christians, especially in Germany, and most especially in the hills of Upper Bavaria.

In today’s Passion Play, Jesus and his disciples clearly are portrayed as Jews themselves. In the grand scene when Jesus enters the Temple, the Oberammergau production has him open a Torah scroll, and hundreds of people on stage start singing a choral version of the Sh”ma Yisrael.

“When the old villagers here were little children,” my friend Christian Stückl told me back in 2010, “they had to sing on stage before Hitler. Today, I have them sing in Hebrew.”

Stückl brings the principal actors to Israel as a part of the preparation for the production. They visit the Christian holy sites in Jerusalem, they walk the Via Dolorosa. And they go to Yad Vashem. What must it feel like to visit Yad Vashem as a German, I have often wondered. These Germans return to Oberammergau, and engage in their new project. How can the Christian story by told in a way that does not villainize the Jews?

I spent three days in Oberammergau last November with Rabbi Noam Marans of the American Jewish Committee, Rabbi David Sandmel of the Anti-Defamation League, and Professor Peter Pettit, a Lutheran scholar who will be speaking at Ridgewood’s interfaith Holocaust commemoration service this April. We sat with Stückl, going over the details of costumes, of backdrops, of staging and dialogue, all in the interest of sensitivity to how Jews are portrayed on stage and perceived by the audience. We focused on the key elements of the story, on how Pontius Pilate, the Roman procurator, was the one who ordered the execution according to the story. The Jewish high priest Caiaphas of course played a role, but whereas the ancient Christians found it more political to shift blame onto the Jews away from the Romans, we can, today, shift things back, in the interest of both historical accuracy and reconciliation.

In May, Christian Stückl is being honored by the Abraham Geiger College, the rabbinical school in Berlin where I teach adjunct, with the Abraham Geiger Prize for his pioneering work in Jewish-Christian relations. I and those who join me will witness that moment, on the same stage that wrought so much hatred in the past. And then we will watch the Passion Play. There will still be a crucifix. This time, but still in that place, we will start to walk past it.

About the Author
David J. Fine is rabbi of Temple Israel and Jewish Community Center in Ridgewood, NJ, president of the New Jersey Rabbinical Assembly and president of the North Jersey Board of Rabbis. He received his PhD from the City University of New York in 2010, and his rabbinic ordination from the Jewish Theological Seminary of America in 1999. 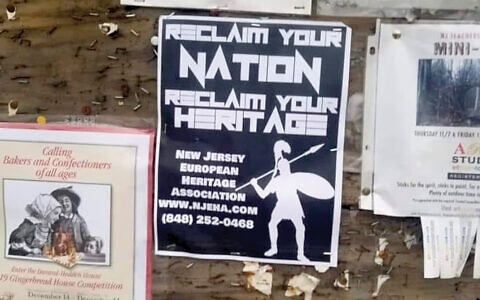 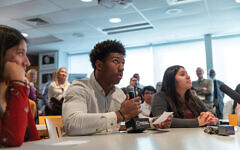 Survivor comes to life in the classroom
Jed Weisberger 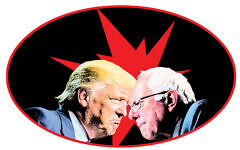 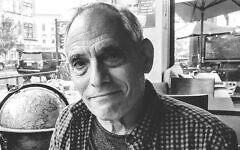 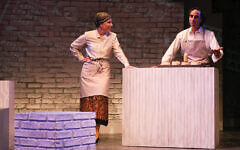 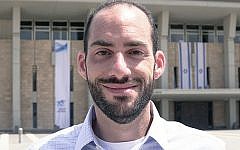 The Trump plan gives security, and takes it away
Michael Koplow