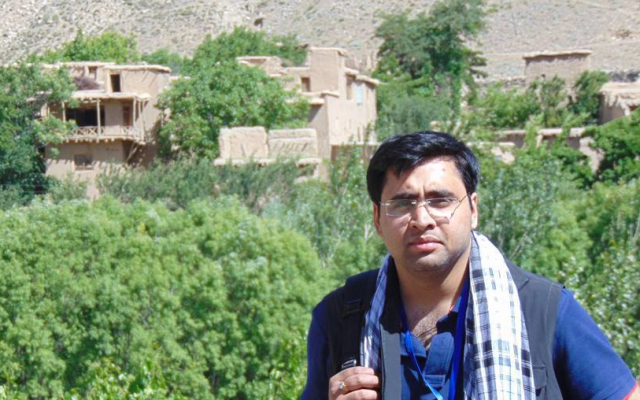 The US military is rapidly working on its complete withdrawal from Afghanistan. The US has closed an important base in the volatile Helmand province. The US air force transport planes are regularly departing taking back with them military hardware. It is planned that around 1,300 pieces of equipment which can’t be taken back will be either destroyed or given to the Afghan National Security Forces (ANSF). But while this withdrawal process is going on Taliban on other hand continues with their push to capture more territory. Taliban fighters captured Afghanistan’s second-biggest dam known as Dahla Dam in southern Kandahar province that provides irrigation, power and drinking water. Also, the group is on a major offensive in Helmand province, since the start of this month. It’s highly speculated that after foreign forces completely withdraw from the country. Afghanistan’s government headed by President Ashraf Ghani within a short span of time can fall. Also, it appears that the Taliban are determined to take control of the entire territory currently controlled by the Afghan government by force after withdrawal.

I have been tracking the Syrian conflict since its initial phases one thing I can say with certainty that the Syrian government has revealed an extraordinary ability to survive. Despite the blows, Assad regime suffered initially in the conflict. It didn’t collapse or crumbled and has even succeeded in saving the cohesion of its civilian government systems, military forces, and security apparatus. Syrian government headed by President Bashar Al-Assad has definitely used some brutal means against its opponents and even the civilians. These barbaric ways can’t be followed under any circumstances by anyone. But some tactical moves of the Assad regime can definitely be looked upon. Also, in Afghanistan geopolitical arena I got the opportunity to interview some important Taliban leaders and government officials over a period of time. So, by doing some comparative study of both these conflicts. I can say that some key things which ensured that the Syrian regime is able to survive can be learned by the Afghan government as well. Let’s look at the factors which have contributed to strengthening the position of Syrian President Assad which also can be used in Afghanistan.

Strong Support of Allies– The most decisive factor which led to the military victory of President Assad was the immense support of his allies i.e., Russia, Iran and Hezbollah. Likewise, the Afghan government needs to ensure that even after withdrawal it most important ally United States at least keeps on providing financial assistance, armaments, intelligence information. Also, material support from other regional allies should also be ensured.

Wise Deployment of Forces– Since the start of the Syrian conflict President Assad organised reliable forces by selectively deploying units, raising pro-regime militias, and pursuing a clear and hold strategy in major urban areas using indirect fire. In the same way, Afghan government should deploy only the most loyal and competent forces around its core territories and major urban centers. Elite and special forces should focus around the capital Kabul.

Effective use of Airforce– Syrian regime committed air force had become the most significant instrument in the regime’s all major military campaigns against the rebels. Also, the Afghan government has a functioning air force that may not be very advanced but still can inflict major losses to insurgents. Afghan Air Force should be used for deep strikes in the enemy territory targeting ammunition storage, concertation of forces and high-value targets.

Minorities Support– All the minority groups in Syria .i.e., Christians, Alawites, Druze and Ismaelites firmly support President Assad. The Afghan government should also ensure that all the ethnic minorities support his regime. But for that, a strong message needs to be conveyed that only the legitimate government can provide security to minorities in the country.

Divide Rebel Ranks– Infighting among the rebel ranks has plagued the Syrian opposition since the start of the uprising against the regime in 2011. In Syria division among the rebels was mainly because of local rivalries as well as ideological differences between jihadists and more nationalist groups. The Afghan government should also try to create a divide between the ranks of the insurgents and also between different groups. This will obviously benefit the regime.

Hold on Population and Economic Centres– Syrian regime hold over the majority of the surviving Syrian population centres provides the opportunity to tap manpower reserves to aid the regime’s fight and also restricts civilians from joining the Syrian opposition. If Kabul ensures that it has firm control over the major population and economic centre of the country. It will immensely benefit from enduring economic activity that generally don’t exists in insurgent-held areas. And also, this will ensure that government forces will get a constant supply of new recruits.

Strong Intelligence– Syrian regime ensured that its intelligence agency i.e., Military Intelligence Directorate is very effective and always on toes. It will be very advantageous for Afghan government forces if they are provided with accurate intelligence inputs. Kabul should focus on increasing advanced electronic surveillance capabilities, and cross-communication between its intelligence service i.e., National Directorate of Security (NDS) and security forces in the field.

These measures won’t make the Afghan government victorious in the conflict. But they will ensure that government is able to survive and there is no total statelessness. It won’t be morally right to suggest that an elected government should try to hold on to some key areas only. But these measures should only be adopted when there is an imminent threat of state collapse. Otherwise, the government should always aim to control every inch of its territory.