A beautiful quote by Haim Be’er, a prominent Israeli novelist is especially suitable for this post. He said on the radio: Writing is a way of correcting insults. I agree. When we write about past affronts we can change the circumstances, and modify the outcomes. But every so often life itself offers a Tikkun and then it is both a privilege and an obligation to report about it in writing.

Last year I published here in the Times Of Israel  the blog post  “How I Became the Enemy of Peace and Givat Haviva.”

In that essay I described how my husband and I found ourselves the, not so proud, owners of a house in a settlement before we even knew that we were outside Israel. In the seven years that we lived in Oranit, on the wrong side of the green line, I had the opportunity to encounter first hand some of the consequences of being a settler.

We bought the house in 1998, but moved to Oranit in the summer of 2000, days before the Second Intifada. Because of the Intifada, most of our friends stopped visiting us. Although Oranit is less than 30 minutes drive from Tel Aviv it was considered a dangerous place, a war zone. In addition, at that time it was very hard to convince technicians and repairmen to travel the distance to Oranit.

For years, I have been volunteering in schools in the US and in Israel, and, upon moving to Oranit, I offered to teach English in the high school in Kfar Kasem my offer was declined..

Similarly when I applied to take part in a special peace project for Jews and Arabs in Giv’at Haviva I was rejected because I was a settler. Giv’at Haviva is a non-profit organization founded in 1949 as the national education center of the Kibbutz Federation in Israel. Their site maintains that “It is dedicated to promote mutual responsibility, civic equality and cooperation between divided groups in Israel as the foundation for building a shared future and shared society – critical elements of a sustainable and thriving Israeli democracy.”

Because of the good reputation of Giv’at Haviva, I tried to explain to the Israeli and Palestinian coordinators that it was important to include in the peace efforts Israelis and Palestinians from all segments of the population, they politely agreed, but still did not accept me to the project. I was quite shocked and upset.

But last January I decided that it was about time to give Giv’at Haviva a second chance. As an active member of the grassroots movement Woman Wage Peace, I heard from my friends many wonderful thing about Giv’at Haviva’s community activities and about their hard work to promote understanding between Jews and Arabs. .

Thus I enrolled in (and this time was accepted to) a photography course for Arab and Jewish women, “With Different Eyes.” I felt that this new perspective was exactly what I needed, and was proven right.

We are a group of 20 women, Arabs and Jews, and once a week we get together (with two photography teachers/artists) to learn how to take better photos. In addition, with the help of moderators we also learn about ourselves.

We formed a Facebook group where we post the photos and by liking each other’s work and giving positive comments we are strengthening our bonds and getting to know each other. It is quite amazing how much you can learn about a person from what she chooses to photograph and from the way she does it.

Giv’at Haviva looks like an old fashioned Kibbutz– a large green campus with old houses scattered around  Being there I feel like I have gone back in time and arrived to the good old Israel (Eretz Israel Hatova) that our beloved singer Arik Einstein used to sing about.

Perhaps Giv’at Haviva is only a bubble, but I am delighted that thanks to one of its community activities I was able to change my mind and to find a place where old values like humanism, simplicity and good-will still matter. It is a huge Tikkun. 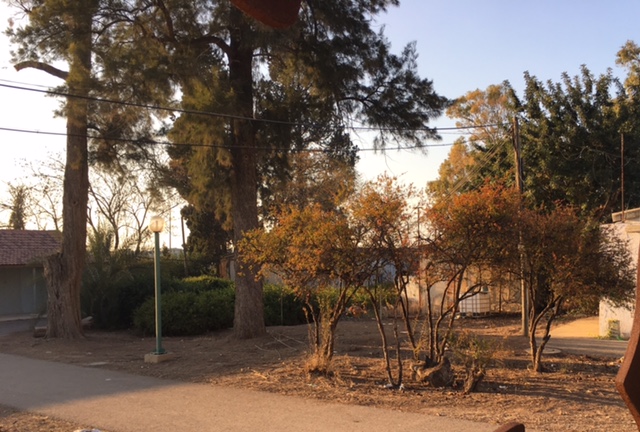