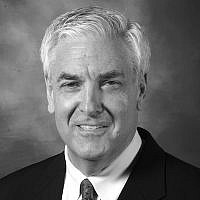 The Blogs
Michael Rosenzweig
Apply for a Blog
Advertisement
Please note that the posts on The Blogs are contributed by third parties. The opinions, facts and any media content in them are presented solely by the authors, and neither The Times of Israel nor its partners assume any responsibility for them. Please contact us in case of abuse. In case of abuse,
Report this post.

Predictably, the draft report delivered last month by the content team of the Government of Israel-World Jewry Initiative has sparked much controversy and more than a little criticism. Recently, for example, Yehuda Kurtzer opined here that the Initiative is in danger of doing more damage than good, suggesting that it represents “neither altruism nor philanthropy, but rather a self-interested instrument,” as Kurtzer put it, “an effort to… obliterate the self-defined and idiosyncratic identity of American Jewry, and to replace it with a version better aligned to [the State of Israel’s] own self-interest.”

Kurtzer’s attack is both premature and unfairly harsh, and it unhelpfully suggests a schism between Israel and diaspora Jewry regarding the challenges we as Jews collectively face. The problem of Jews (especially young Jews) becoming increasingly disconnected from their Jewishness, the Jewish people and Israel cries out for close and effective collaboration between the State of Israel and the American Jewish community, and that is exactly what the draft report envisions. But the report is by its nature conceptual and necessarily preliminary; much remains to be done to make the project operational, including a decision by the government of Israel to embrace (and invest in) the idea, developing detailed work plans, determining how the project will be structured and governed and, not least, securing matching funding from the diaspora. Why undermine that effort before it has even gotten off the ground?

To his credit, Kurtzer does not dispute the reality of the challenges identified in the draft report or the desirability of fashioning imaginative and creative ways of addressing them. By suggesting that the project is doomed by an obtuse self-interest on the part of the State of Israel, however, he does give very short shrift to the content team’s stated desire for a “deep dialogue” between Israel and the greater Jewish world, a genuine collaboration that would strengthen their historic partnership around a truly shared commitment to more profound and lasting Jewish engagement. His critique is thoughtful and certainly should be taken seriously, but it is simply too early to damn this project as one that, in his words, “threatens to wreak enormous havoc on the very community it is seeking to ‘repair.’”

Let’s take the content team at its word and, recognizing that we are at an early stage of this effort, see how the collaborative dialogue they suggest plays out. We know the problems that prompted this effort are very real and quite frightening in their implications. Do we really wish to bury this good-faith effort to address those problems before the dialogue even begins in earnest? Kurtzer’s concerns should be part of the conversation, but let’s allow that conversation to proceed.

About the Author
Michael Rosenzwieg is the President and CEO of the Pardes Institute of Jewish Studies, an open, co-ed and non-denominational Jewish learning community, based in Jerusalem and with programs worldwide.
Related Topics
Related Posts
Comments