The Holocaust has had a profound impact on my life – as a Jewish child growing up in the United States, as a rabbi and teacher both in America and Israel, and, especially in recent years serving as a member of the Israeli Knesset.

May 1944 was a dark month for my family. Cattle cars filled with my relatives traversed the railways from Hungary to Poland. Upon arriving at Auschwitz, Joseph Mengele sent my grandmother’s parents, many of her siblings, and 28 of her nieces and nephews straight to the gas chamber. My grandmother and her older sister were spared.

I fast forward to January 2014. I arrived in Poland on an El Al flight along with colleagues of mine from the 19th Knesset. We marched upright through the gates of Auschwitz-Birkenau surrounded by the Knesset honor guard whose members, clad in their dress uniforms, were proudly holding Israeli flags. 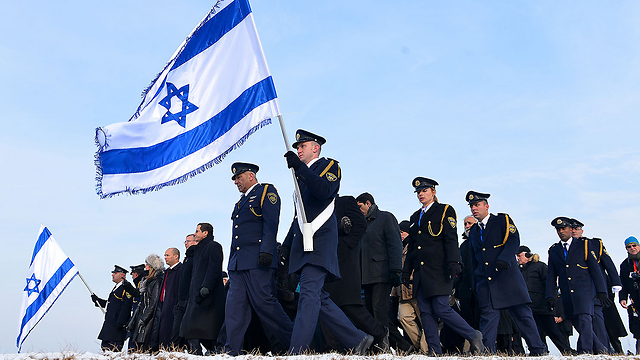 We stopped at the exact spot on the platform alongside the railroad tracks where Mengele stood and sent most of my family to die.

There I was, a citizen of Israel and a member of the Knesset, who studies the same Torah my great-grandfather studied, who performs the same commandments which my great-grandmother observed, and who is raising children in the land towards which they faced when they prayed three times a day, the land for which they hoped and yearned.

Despite all the questions regarding God and the Holocaust, questions from which I don’t shy away and questions which certainly haunt all survivors, standing on that platform made me feel closer to God than ever before. Only God could oversee and direct our impossible national transition from Holocaust to Statehood. Only God could insure this remarkable turnaround from my ancestors’ downtrodden trek to their slaughter to my upstanding march to that very same spot declaring that the Jewish people are alive and well. 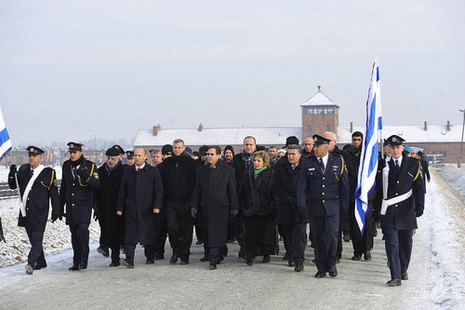 Experiencing the freezing cold of an Auschwitz winter taught me an additional lesson about God and the Holocaust. I called my grandmother when I returned to Israel and asked her how she survived the cold. I explained to her that I was bundled in many layers including gloves, thermal socks and a hat covering my ears and I still lost feeling in my fingers and toes after just a few hours in Auschwitz. I wanted to know how she withstood that same cold wearing far less. She replied that she had “no idea” and she guesses that “it was simply meant to be” that she should survive and mother her children, grandchildren, and great-grandchildren. Survival despite that cold and suffering was miraculous and superhuman and has shown me another insight regarding how one can see God and His role in the Holocaust. 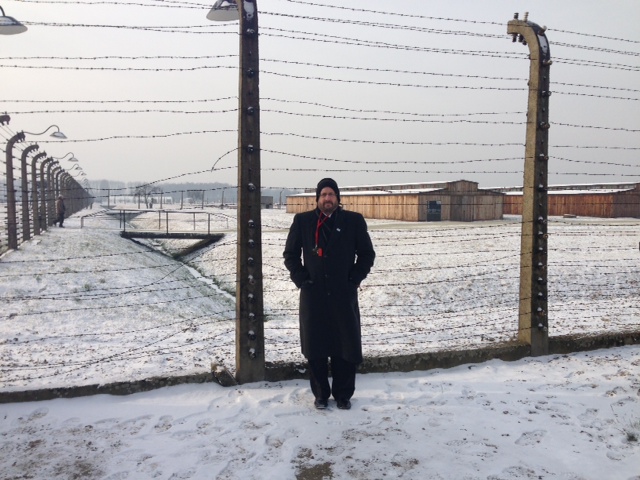 There is one additional lesson which I have gleaned from the Holocaust which has guided me throughout my life and specifically in my run for the Knesset, during my time as a Knesset member, and in my new developing roles outside the Knesset. My grandmother related more than once that in the camps, there were no sectors. No one defined themselves as ultra-Orthodox, secular, religious Zionist, Conservative, Reform or traditional. They were simply all Jews, bound together by their horrific lot and suffering. They helped each other as best they could and never focused on the differences that separated them.

Upon moving to Israel I began to notice polarization between Jews and the unwritten requirement that everyone define specifically what “type” of Jew they were for the rest of the world to know and then judge. We must learn from what happened during our worst of times. During our most tragic era we saw ourselves as one people with one lot and also understood the inherent benefits of unifying together. I committed myself to do all that I could to make sure that we apply that same approach as we experience the best of times with our supernatural return to our homeland and the establishment of our own state.

May the memories of those who perished in the Holocaust be a source of blessing for us all. And, as we commemorate Yom Hashoah, Holocaust Remembrance Day, may we continue to find inspiration from the remarkable and miraculous stories of individual survivors and our survival as a nation.

This post was adapted from an essay by Rabbi Dov Lipman in God, Faith & Identity from the Ashes: Reflections of Children and Grandchildren of Holocaust Survivors, edited by Menachem Z. Rosensaft, 2015. Permission granted by Jewish Lights Publishing, www.jewishlights.com.