Today in Israel Hayom (Israel Today), I read an article about a mother who regretted the choice she had made, over forty years ago, to become a mother. The article has brought about many different reactions. Women feel strongly about this issue, but until recently we hardly ever read or heard similar opinions expressed in Israel.

In April 2013 I was in Britain on the day when Sir Robert Geoffrey Edwards (1925 –2013) died. He was one of the creators of the in-vitro fertilization (IVF) technique, and Chief Rabbi Jonathan Sacks spoke on the radio (BBC 4) about the man and his invention.

This is the essay which I wrote as a reaction to Sacks’ eulogy.

Rabbi Sacks argued that for the Jewish people IVF is regarded as a great help in God’s work.

I appreciate the significance of IVF and the huge difference it made in enabling women, who wanted to, to become mothers. However, it is exactly this kind of attitude which could bring unhappiness to women who either are unable to conceive, regardless of the procedure, or, God forbid, choose not to have children.

Israel is a child-centered society and in our country the Ministry of Health finances four IVF treatments to enable the birth of a first and second child in a family, and after that it allows eight more in the following two years.

With such endorsement why would any woman end up childless? This approach assumes that given a choice, all women would want to become a mother.

While I am grateful for the support of the Israeli government, which provides an equal chance to every woman, regardless of her economic situation, it clearly demonstrates the priorities of our society and its leaders. I often feel that Israel is more willing to invest in babies yet to be born than to help children who are already here and need great deal of financial help in order to thrive.

Since today many women postpone motherhood to a later stage,  IVF is especially critical. For those women who are eager to have a child the emotional and physical toll of the procedure is a small price to pay and they do it readily.

But if the treatment fails, many Israeli women are reluctant to  give up on, what they believe to be, their only chance for happiness. Others feel pressure to keep on trying, often harming their health and putting a strain on the relationship with their partner.

Still, even in Israel, like in the rest of the world, some women prefer to remain childless. They have, no doubt, seriously considered the matter and decided that motherhood was not for them.

Yet, for reasons which have to do with our religion, the Holocaust, and the demographics in the Middle East, this choice seems unacceptable. In Israel the decision to have a child ceases to be a private matter but becomes a patriotic duty. Choosing not to have a child is almost regarded as a betrayal.

Public leaders like Rabbi Jonathan Sacks should be more sensitive and  careful when they speak. Not every woman is able to or wishes to have a child. Can’t we just respect her decision and make sure that we let her feel like she has made the right choice for her? 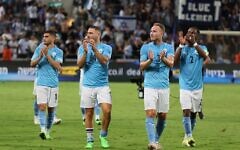