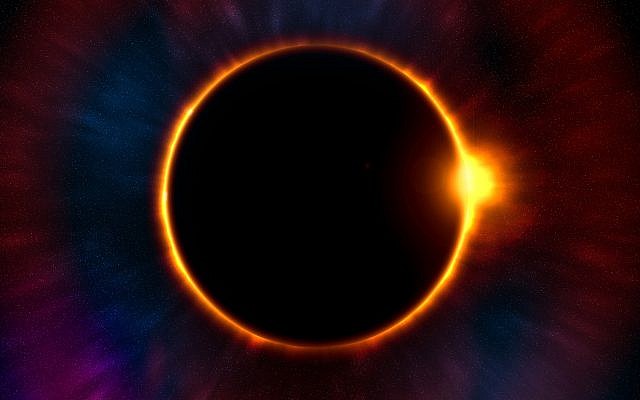 Image by ipicgr from Pixabay

Mere anarchy is loosed upon the world,

The blood-dimmed tide is loosed, and everywhere

The ceremony of innocence is drowned;

The best lack all conviction, while the worst

Are full of passionate intensity.

Worst of all, we chose discord and disharmony and enmity

And the most painful of all of these is misapprehension

The stab of stabs

The bleeding of bleedings

The wounds we were given in the house of our friends.

And yet, we chose to honor our sacrifice of love

And swore to triumph over every pang

So that as the heavens are glorious above

Adorn this emerald meadow here below.

Jonathan Ferguson, The Dream of Plato

The penalty for being less ‘hyper’ and ‘buffoonish’ online and offline is to be completely disarmed and have to encounter with people in everyday life in a more direct and authentic way, rather than ramping up the barriers and walls and fortification; all those idols of the ego which I no longer have either the energy, nor the inclination, to sustain or re-establish.

I guess, in a way, that’s what the ‘Bethlehem beyond the Railings’ in that poem of mine has foreshadowed.

Things fall apart, the centre cannot hold, but the monstrousness of Yeats’ vision must be understood esoterically: the ‘Monster’ being born, rather like that of Shelley, is not that of Blake’s experience alone, but also of her innocence.

A second innocence, as has no doubt been said by many finer minds and more refined hearts, is not naive; it knows more than raw experience and ‘realism,’ precisely because it is prepared to not know only as much as experience does, but to know less.

This is no doubt a paradox; but if logic cannot bear these words, so much the worse for logic. Narrow, austere rationalism is what makes the human person its own Sir John Sebright; every bit as much as being given over entirely to the ‘aesthetical fundamentalism’ of the addictive contrarianism of the provocateur.

It is hard to be completely disarmed and unshielded before the eyes and hearts of others, but it is better to be hated or mocked or dismissed for who one is, for who one is not.

As a certain gentleness and moroseness becomes ever more the exception and not the rule of my very being, and no less so, of my becoming, I am commonly confronted with the compassion in the eyes of others, and the softness of their voices.

This is hard for me to bear, and the authenticity of their gaze and of their words, and the purity of their arts, the utter uncalculating guilelessness and innocence of their little acts of grace, which look so little to in the eyes of the world but cannot but pierce my fragile heart with a thousand sorrows.

But if this, then, is my punishment, then I can bear it.

It is an exceedingly painful penance to undertake; like Tannhauser’s pilgrimage of Wagner, but with less of the fear and arrogance and desire to destroy what one is resolved on misapprehending and demeaning.

The road ahead is a fearful one, and full of agony for me, and God forbid, it is painful for a great many others.

However, I wouldn’t miss it for the world.

This is a kind of death, but it is also a kind of beginning.

For after all, the iceberg is not a passage to that hideous Arctic pyre of which the beautiful and darkly wondrous sister of Emily has spoken.

The iceberg and the pyre are one and the same.

Then let the iceberg melt, and let the blaze do its heavy work, come hell or high water!

To laud Mary and Emily, and to condemn Charlotte and Jane, is every bit as one-sided as to be a partial judge between Angel Clare and Alec D’Urberville.

For just as neither the weasel nor the serpent can be allowed to represent the full complement of true and authentic vice, so also is the desire to bury Rochester under the cynical weight of Heathcliff the farthest away from a ‘higher love’ as it is possible to be.

How is it possible for the same stream to flow both bitter and sweet?

How is it possible for the balloon-pricker and ‘fearless’ dynamiter of bourgeois delusions to speak ill of the highest virtue, and yet in the very same breath, to say that his freely-chosen, voluntary exile from the Highest Good is itself an act of ‘love?’

The only way to reconcile this contradiction is to recognise that such a person has themselves a very debased view of love.

It is very much possible to reject love and to speak in praise of it, provided only the audacity exists to redefine it out of existence.

When love becomes purely a matter of objective service and shorn of all subjectivity and emotion, or in a word, of all possible warmth, then any truly harmoniosu and integrated love can easily be condemned.

Like Aesop’s dog in the manger, or like the loveless Pharisee, form displaces substance, and whatever cannot be received with joy in oneself will be condemned in oneself, and in others also.

And all the highest, most beautiful, most innocent and uncalculating and guileless sentiments that are gifted to us from any other human soul, will be viciously repudiated, and mocked, and scorned, and hated.

This is the very essence of Hell.

It is impossible to live this way.

And every time we refuse to surrender to this evil tendency, it weakens within us.

Perhaps their foundations, in the end, were never half so solid and invincibly unshakeable, as they thought.

Perhaps then, after all, this is Love’s gift, to every one of us.

If we have to suffer, then we can have that inner freedom to suffer authentic, and not inauthentic.

If this courage, then, be found within us, then we always have a fighting chance.

Because not all fighting, in the end, is created equal.

Perhaps this is one of the sublimest of all mysteries, eternally buried in the ever-tearful heart of God.

More from Godwin in Cambridge! While my tone, on the whole, is shifting over time, I stand with the substance of these previous posts, if not always all of the tone or style. God willing, there will be more to follow periodically on my TOI blog:
On Autism and Personal Responsibility
On Autism and Suffering
On Autism and Dr Pangloss
On Autism Intellectuals and Godwin’s Law
Instalment V is republished from here.
About the Author
Jonathan Ferguson is an honorary Yorkshireman, originally from Northern Ireland. Unfortunately however, it is utterly impossible (or at least something of a thankless task!) to note the slightest trace of Swiftian bantz and blarney in his scrupulously highminded and middle of the road prose style. He is also a Chinese graduate of the University of Leeds (BA, MA) and King's College London (PhD). On a deeper level, he is a curious mind and a recovering cynic; or to put it another way, an Orthodox Christian. He is a very hardline critic of the CCP and its allies, although beneath the contrarian tone, it all comes from a deep place of love. If you like (or love, or even absolutely HATE!) his work, then by all means comment on his work, or write to him in the personal comment box on his Times of Israel profile... Or alternatively, in the very worst, ne plus ultra cases of radical fanfatuation, just click "HERE" to become a Patron!
Comments