Two weeks ago, a tunnel that had breached the borders of Israel was discovered and “neutralized” under our fields. Unfortunately (for the tunnel workers, however you wish to define them… terrorists or freedom fighters or maybe just desperate people trying to put food on their tables) when that happened 12 people who were inside the tunnel were killed.

Since then, we who live here, have been waiting to see what undesirable roller coaster nightmare this could take us on.

We have gotten comfortable with the relative quiet, the relative normalcy of the past 2 1/2 years, since August 26th 2014. Communities have absorbed new members, roads have been paved with shiny new sidewalks (which most people don’t use here, because we’re not used to sidewalks… but they do look pretty). Houses are being built; babies have been born. My 2 1/2 year granddaughter – conceived during the last war, has never heard the Red Alert. 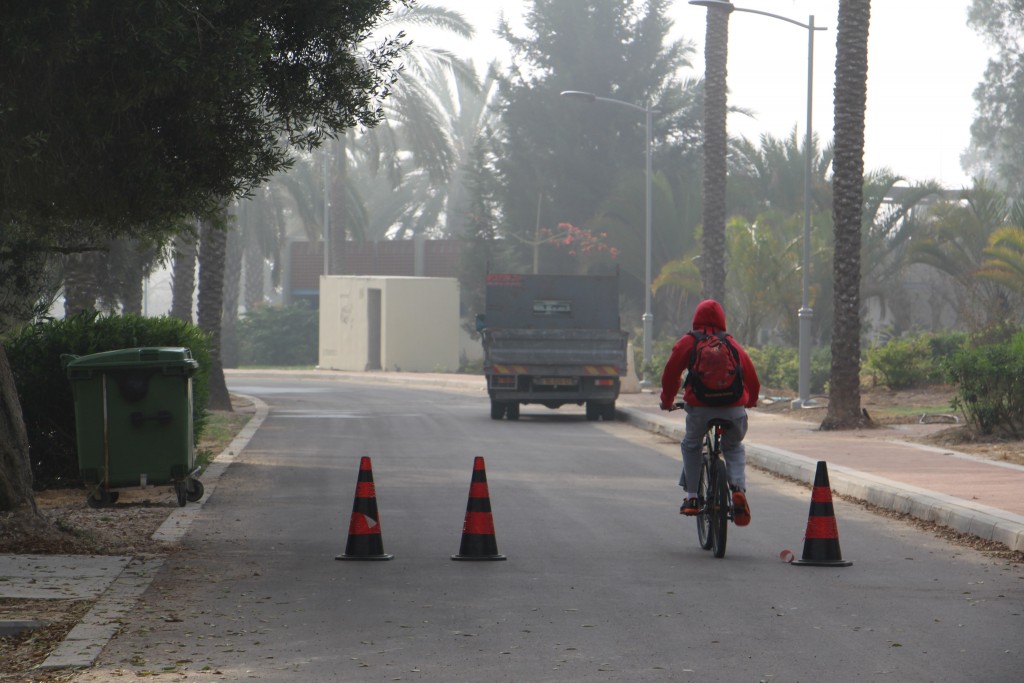 But all chances are there will be some sort of retaliation (because some of those killed were high ranking Hamas / Islamic Jihad operatives…. which is why I personally choose the definition “terrorist”).

I drove to Sderot yesterday to catch the train to Tel Aviv, and the outlook point which often has tourist busses going in and out to afford an overview of the northern Gaza Strip, was blocked off, and there were people there to prevent anyone from going in.

Residents of the area have been warned not to go for walks in the fields closer to the borders. If they do, the army swoops in and shoos them away.

Overheard in the playground by a concerned parent: “If they kill soldiers, it will be bad. If they kill civilians, it will force another war.” IOW: the issues of retaliation and escalation after 3 1/2 years of relative quiet, is not an “if.” It’s a “how” and a “when.”

Farmers who need to till the soil and care for their crops, can only do so if and when the army agrees. With army escort. We are used to working on the border and not easily frightened off by warnings when a job needs to be done, but the seriousness of the current situation became more evident when those farmers had a drone visit from the Gaza side of the border… coming to to see what was going on.

Heightened army presence is clear, although we were told a week ago that it would be. Those who live here were informed that there would be planned army maneuvers taking place the entire week…. but if there are maneuvers because of the tension, or because this was something that had been planned my the IDF weeks ago, we can’t know…. and it gives me pause.

We are going about our daily routines, but with a little more tension, a little more concern. Our ears are slightly more sensitive to subtle changes in sounds. Some iron windows have been closed. Some people walk on paths that go between the houses, rather than farther away so that if a Red Alert catches them, they can quickly reach relative safety. Others don’t strap their children into the bikeseat, so that if need be they can swiftly pluck the child from the seat to take cover in under 10 seconds.

And we wait. For the other shoe to drop.

Life on the border with the Gaza Strip. Just thought you would want to know. 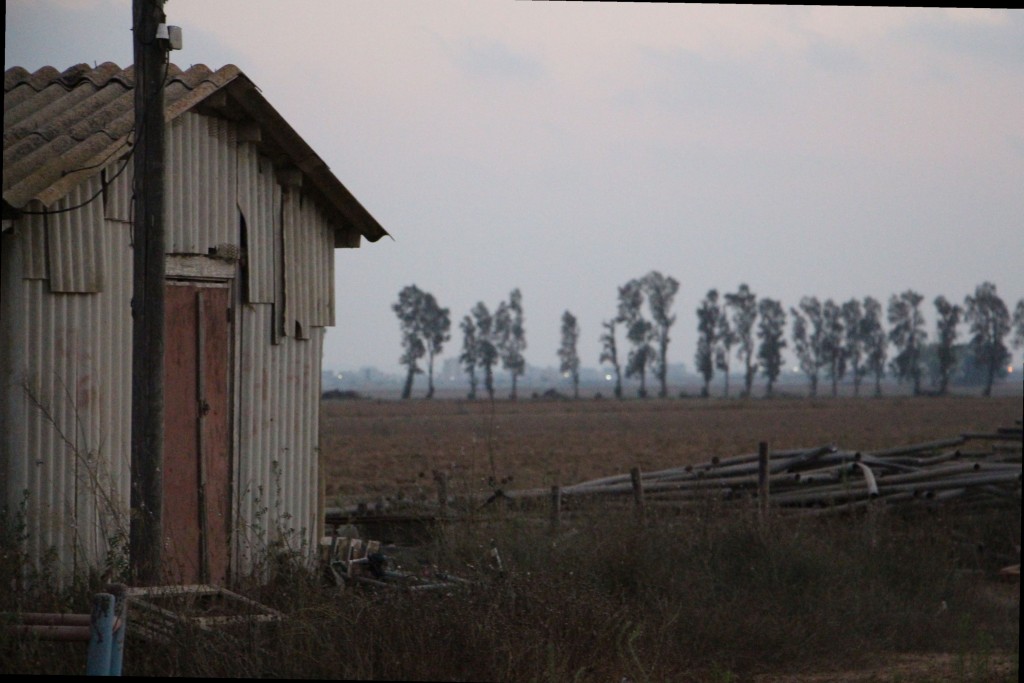 About the Author
Born in the USA, Adele has lived in a Kibbutz on the border with the Gaza Strip since 1975. She is a mother and a grandmother living and raising her family on the usually paradisaical, sometimes hellishly volatile border. She is affiliated with "The Movement for the Future of the Western Negev", and "Achdut Im Hadarom" for sanity's sake. She also moderates a FB group named "Life on the Border". https://goo.gl/xcwZT1 Adele is a teacher of English as a Foreign Language, as well as a teacher trainer and counselor for the Israeli MoE for EFL and a Tech Integration Coach. She blogs here about both Life on the Border, as well as about digital pedagogy, in "Digitally yours, @dele". She has recently become a devoted YouTuber on the topic of digital stuff. (https://goo.gl/iBVMEG) Her personal channel covers other issues close to her heart (medical clowning, Life on the Border, etc.) (https://goo.gl/uLP6D3) In addition, she is a trained medical clown and, as any southern clown would do, clowns as often as she can in the pediatric ward in the hospital in Ashkelon. She was recently included among the Haaretz "Ten Jewish Faces who made Waves in 2018" https://goo.gl/UrjCNB. She was invited to Geneva by an independent investigative committee for the UN to bear witness to the border situation in November 2018, and in December 2019 addressed the UN Security Council at the request of the US ambassador to the UN.
Related Topics
Related Posts
Comments
Advertisement