United Hatzalah has become well known in the field of emergency medical response in Israel. Over the last decade, the organization has grown considerably, along with the demand for its services. Recently, the organization and its volunteers have taken steps to go beyond providing first aid during emergencies and created a series of preventative medical intervention programs to stop medical emergencies from happening before they occur. 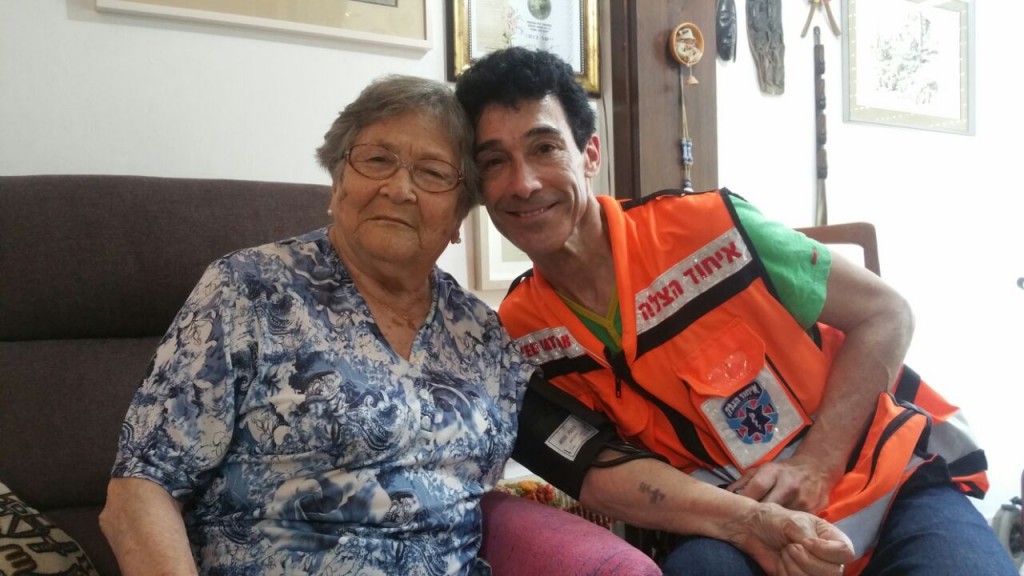 One such program known as ‘Ten Kavod’ is geared to specifically serving the elderly community in Israel, among whom are the many Holocaust survivors who live among us. The Ten Kavod project is an initiative of the organization that reaches out to help the elderly by monitoring and maintaining their health and well-being as they continue to age.

Eli Beer, the founder of United Hatzalah, believes that “Ten Kavod is one of the most crucial projects that United Hatzalah has undertaken in the past few years.” Under the Ten Kavod project, United Hatzalah medical volunteers pay a weekly visit to elderly people, many of whom live on their own. The volunteers provide the elderly patients with a free medical checkup at their home, at least once a week, as well as an important sense of companionship. When at their home, the volunteer checks the person’s vital signs, and if something is abnormal the volunteer phones the person’s family or doctor and reports the information. “By supervising their health and ensuring they take their medication on a weekly basis, our volunteers prevent strokes and cardiac arrests as well as a host of other medical emergencies. In doing so, we are able to avoid a great number of unnecessary deaths,” said Mr. Beer.

Mr. Beer is very proud of the volunteers who make up the Ten Kavod program and selflessly donate their time to help others. “Our volunteers go above and beyond their other medical duties of providing an emergency medical response in their communities and have taken on this extra gesture of loving kindness. Many of these elderly people are Holocaust survivors and have no one left to care for them. For some, the visit by our United Hatzalah Ten Kavod volunteer is the highlight of their week. Our organization has taken on this project to fulfill the prayer that Jews recite during the high-Holidays from Shema Koleinu: ‘Don’t discard me in my old age, as my power fails me don’t abandon me…’”

Ten Kavod has become a personal mission for more than 500 volunteers across Israel, and each of them has created a lasting bond of friendship with the elderly person or people whom they visit and treat. For these volunteers, and for the organization as a whole, Ten Kavod is more than a medical project, it is an honor that we have to help serve this population.

It is the goal of the program goal to have more than 4,000 homebound elderly people, who have limited family care, adopted by Ten Kavod.

Thanks to the partnership with and support from the Northern Charitable Foundation, United Hatzalah will be able to continue growing the Ten Kavod program to serve thousands of elderly individuals across Israel.

When emergencies occur, rapid medical treatment increases chances of survival exponentially. Using specially equipped motorcycle ambulances known as ambucycles, United Hatzalah’s network of more than 4,000 volunteer medics help save thousands of lives each year across Israel by having volunteer first responders arrive at the scene of the emergency and begin treatment with an average response time of 3 minutes or less. United Hatzalah’s humanitarian services are free, universal and available 24 hours a day, seven days a week. Through the Ten Kavod project, the organization’s volunteer responders are creating proactive medical intervention and stopping medical emergencies before they occur.