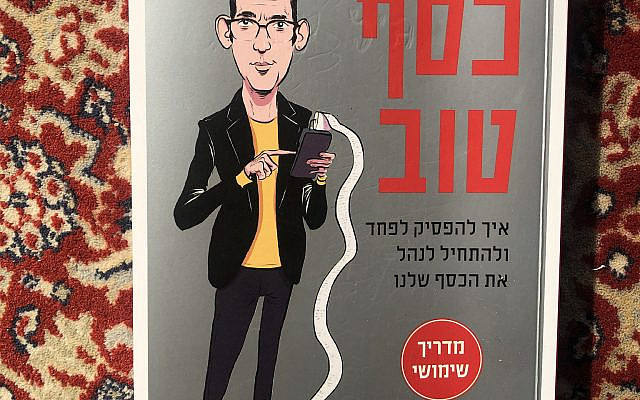 This book (Hebrew, published by Keter) written by Shaul Amstersamski,  a well-known TV personality specialising in economic subjects, aims to present the issues and obstacles the average Israeli encounters in dealing with economic issues and bureaucracy, writing about complex subjects in a way that is accessible to all. It is written in a flowing, easy to understand style which occasionally adopts an over-familiar or even patronising tone, but when all is said and done it presents the various subjects it tackles, such as dealing with savings, investing, handling a bank account, the various types of insurance, to name but a few, in a clear and comprehensible way, sometimes even using slang expressions. As I myself have had to deal with economic texts in my professional career, I can appreciate the way the subjects are discussed in this book, which avoids economic jargon and convoluted ways of presenting the material, as well as explaining complex technical terms in layman’s language.

So my husband and I bought seven copies of the book (plus one for ourselves) and presented them to our grown-up grandchildren (our three children are beyond the stage of needing to establish their economic basis) in the hope that it will help them organise their finances and provide them with the information they need to establish themselves on a firm economic basis. As one reads through the book one finds all kinds of humorous asides or comments about the author’s personal experience, which help to make the often-abstruse topic more accessible to the average reader. In addition to practical guidance in day-to-day management of one’s accounts, Amsterdanski often stresses the need to keep track of one’s expenditure, avoid getting into an overdraft at the bank, and compare what is offered by different bodies, whether they be banks, insurance companies or investment firms, in order to get the best deal. He also makes a point of using both the feminine and masculine form (in Hebrew) when referring to consumers of the various kinds of economic services, as without a doubt women are a significant element of the economy on the national, local and individual levels.

In a final, well-written and illuminating chapter Amsterdamski describes the process by which the nation’s budget is established and allocated. I’m not sure that this will interest the average reader who is looking for guidelines on how to manage his or her money, but it provides a great deal of general knowledge that is bound to help everyone understand how the country’s finances are managed. As a subject of general knowledge this is something that should be taught in every high school in Israel, but unfortunately it seems to have been the concern of the people setting the national curriculum to keep the student population in ignorance on this subject.