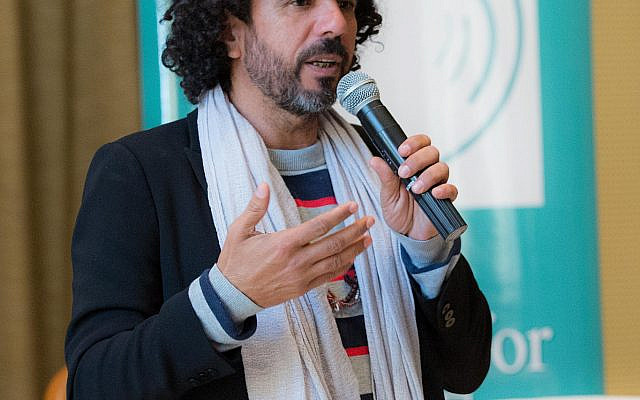 When is the last time you heard some good news coming from Washington DC?

As you will see, I will actually share some good news with you.  But first, some background is needed.

Those of you who have followed the “Peace Process” between Israel and the Palestinians for a long time, have probably wondered why it is become completely frozen. The peacemakers — the politicians, diplomats and international relations experts who have worked on this for decades, with the hope of reaching a comprehensive agreement between the Palestinian and the Israeli leadership for a two-state solution — have all but given up. Some of them still hold to the idea of the two-state solution publicly, but privately they are in despair, since they haven’t seen any progress towards this goal in a long time. And liberal Zionists like Peter Beinart have given up and are talking about the one-state solution with equal rights for both peoples, as if the chances for this are any better than the two-state one.

In fact, the last peace accord between Israel and the Palestinians was signed twenty-two years ago, in October, 1998 at Wye River Plantation, outside of Washington DC under the tutelage of President Bill Clinton. Believe it or not, the signatories were Benjamin Netanyahu, in his first stint as Prime Minister and Yaseer Arafat. Yes, the current Prime Minister of Israel once signed a peace accord with the Palestinian Authority! (Those were the days when an American president actually cared about peace between Israel and Palestine.)

Since then, and especially in recent years, Netanyahu has unfortunately done everything possible to bury the diplomatic peace process, with the help of his frenetic friend in the White House, Donald Trump, whose “deal of the century” is a bad joke, what he would call “fake news”. And in the midst of the corona virus pandemic in Israel and worldwide, they are talking about unilateral annexation of parts of the West Bank, the goal of which is to put the final nail in the coffin of the political peace process! (Fortunately, annexation is currently off the agenda, due to the spike in cases of the corona virus in Israel and the USA.)

In stark contrast, many people and organizations in Israel, Palestine and internationally, continue to pursue peaceful relations among peoples—the Palestinian People and the Jewish People—and among people—Jews, Christians and Muslims who live in the land of Israel/Palestine and seek ways and means to build bridges, encounter one another, engage in dialogue and reconciliation, and cooperate for peaceful coexistence.  Many of the people and organizations who do this do it quietly and humbly, without much fanfare or publicity, and often without much funding. Indeed, funding for people-to-people programs and projects has been hard to find in recent decades, and it gets harder as the political process seems dead in the water.

The good news is that a group called the Alliance for Middle East Peace ALLMEP     just announced significant progress in the creation of an international fund for financing programs and projects among Israeli Jews and Palestinian Arabs for the years ahead. In a press release issued last Friday, July10, 2020, ALLMEP announced:

The House Committee on Appropriations has just passed the Middle East Partnership for Peace Act, which would lead to historic legislation delivering unprecedented funding for Israeli-Palestinian peace-building and Palestinian economic development. If successfully enacted, it would provide $250 million over five years in order to expand peace and reconciliation work in the region. This legislation is the result of over a decade of advocacy by the Alliance for Middle East Peace-ALLMEP.

ALLMEP was founded in 2004 by a Jewish lawyer in Washington DC named Avi Meyerstein, who is now the president of the organization and a small group of lawyers and NGO activists. According to Meyerstein, the founding of ALLMEP was an important step for peace-building in Israel and Palestine. In a recent interview, I asked him why he founded this new organization. He responded:

In the summer of 2003, I was getting tired of watching the violence between Israelis and Palestinians and feeling helpless to do anything about it. It seemed to me that nearly every failure in the peace process came back to the same problem: a huge gap of trust between peoples. I knew of just a few organizations that were building bridges between peoples and felt that if we could only strengthen them and help them grow to reach the masses, we could build that trust and create an environment that would support successful diplomacy.

As the director of the Inter-religious Coordinating Council in Israel (ICCI), I attended the first few meetings in Washington DC, when ALLMEP had very few members (14 in the first year) and it was mostly a dream.  My former organization, the ICCI, was one of the founding members of the alliance.

Over the years, ALLMEP has emerged as a leader in bringing the voices of the peace community to Washington DC every year for meetings, stratagizing and planning for the present and the future. By now, there are 125 member organizations in the alliance of all sizes and shapes. They all share a common vision:

We envision a Middle East in which Israelis and Palestinians have built the trust necessary to live in peace and security, prospering in societies that protect their human and civil rights.

In addition, through lobbying the U.S. Congress every year, ALLMEP catalyzed major and minor grants to many peace organizations in Israel and Palestine through the Conflict Mitigation and Management (CMM) funding program of USAID. Over $100 million U.S. dollars was granted to peace-building organizations during the past ten years from this program!  But the donors and members of ALLMEP have never felt that this was enough.

This is why they have been working on this international fund for peace for more than a decade. And now, it seems that it might actually come to fruition!

Why is this important?

According to the Executive Director of ALLMEP, John Lyndon, this new funding mechanism can be transformative in Israel and Palestine:

We know that people-to people programs can transform the lives of Israelis and Palestinians and their outlook on the conflict, Now, for the first time—thanks to the leadership of Chairwoman Lowey and Congressman Fortenberry—these programs will have the resources necessary to transform entire communities, and the political reality that flows from them.

Led by Chairwoman Nita Lowey of New York, and Representative Jeff Fortenberry of Nebraska, ALLMEP worked built a broad coalition of endorsers for this fund, including AIPAC, Churches for Middle East Peace, Israel Action Network Israel Policy Forum, Jewish Federations of North America, J Street, Americans for Peace Now, and the New Israel Fund. This is a grand coalition, especially since it includes a pluralistic group of endorsers, who don’t often agree with one another.

Previously introduced as the Partnership Fund for Peace Act of 2019, the legislation has been adopted into the text of the House State and Foreign Operations 2021 appropriations bill, and contains language that encourages international cooperation. It includes a $110 million mark intended to dramatically expand peace and reconciliation programming in order to disrupt the growing polarization and dehumanization in the region which has been taking place over a long period of time. The bill will move to the floor of the House of Representatives for final debate with passage expected in coming weeks. Companion legislation is expected in the Senate and Foreign Operations bill for Fiscal Year 2021.

I believe that this is the first positive news that I have heard emerge out of Washington in a long time. It is a historic step in the right direction.

When I used to lecture about the prospects for peace, people would often ask me: Why have all the efforts so far by peace-building organizations not brought peace? I would usually reply sardonically: What has been the investment?

Now there is a chance for significantly more financial investment in peace-building programs and projects in Israel. Kein Yirboo! –Hebrew for May they increase and multiply!  This is especially important at this time in our history, since the peace-builders are currently the only game in town, while the political peace process remains frozen.