The Blogs
Yechiel Shaffer
The Rabbi of Pikesville Jewish Congregation in MD
Apply for a Blog
Advertisement
Please note that the posts on The Blogs are contributed by third parties. The opinions, facts and any media content in them are presented solely by the authors, and neither The Times of Israel nor its partners assume any responsibility for them. Please contact us in case of abuse. In case of abuse,
Report this post.

Why did Moshe construct another affirmation of Aharon’s leadership through the blossoming of his Staff?

Surely the obliteration of Korach and his Edah was enough?

Rabbi Lord Sacks, in one of his most classic Divrei Torah suggests that the accusations against Moshe & Aharon may have indeed held some weight. This generation was now not entering the land, the dream seemed to be dead, and thus their leadership had failed. The Jewish people’s spirit was as dead as a wood stick, one may suggest.

But that was not the case, this generation may not enter the land of Israel but the next one will.

Like the dry bones Yechezkel envisioned, the dreams of the Jewish people will be renewed with vigor. The fruits of their labor will blossom and bring forth blessing. The long game is being played here, so don’t be fooled by how you perceive the wood, there’s still plenty of life left in it.

These past three years have been incredibly special for me. Through a generous mandate given to me by the board and Rabbinic leadership, I felt a latitude to be able to experiment and try new things.

Rabbi Schwartz’s constant support, for even the most out there ideas, is not surprising because of his incredible giving nature but honestly, we should understand his leadership on a different level..
He was not only always interested in supporting the ideas, he wanted so much to be involved with a childlike enthusiasm.

It was not only his generous spirit that enabled these last three years, but his adventurous one too.

I’ve felt such a deep desire to protect this institution and a yearning for its success. The passion to make this community a priority, in a neighborhood where the competition is fierce, is remarkable and admirable.

This community is heading towards the promised land.

It is community defined by a diversity of ideas and values but what has moved me most over these years, is your deep love and vast commitment for the Jewish people, to the Jewish mission.

Many of you do not realize the essential element of the Jewish revival that took place over the last 3 decades in American Jewry was this Shul.

The 90s were the beginning of a golden age of American Jewry, and perhaps, may I be bold enough to suggest, this blossoming began within these sacred walls. 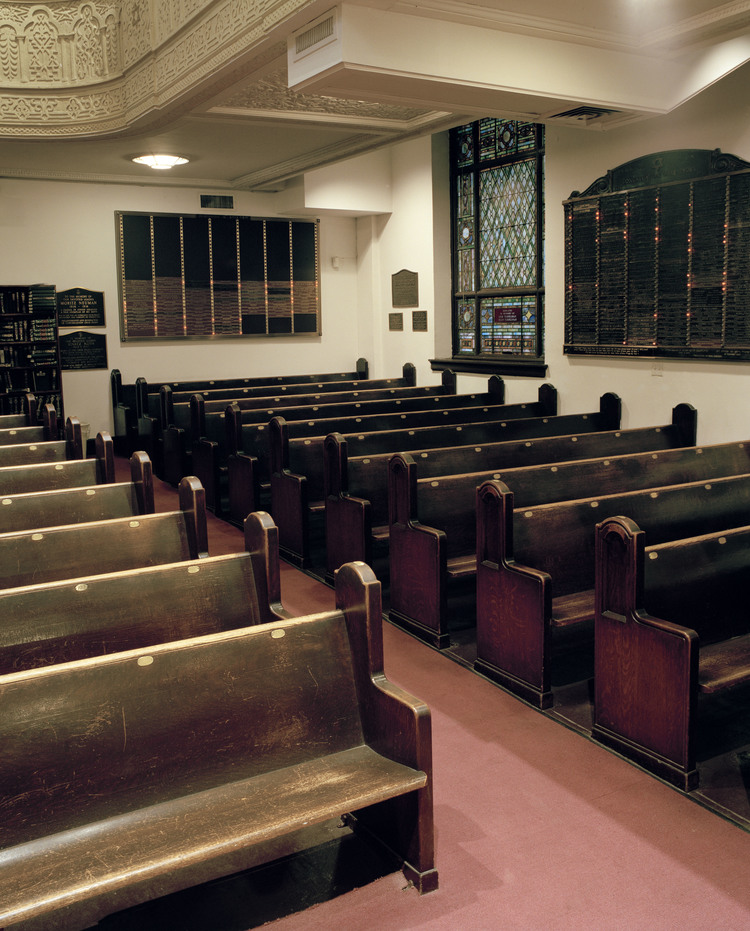 There are hundreds, if not thousands of alumni of OZ across the country, who were motivated by your greetings, quirks and programming.

The Jewish community has blossomed, like the dry stick of Aharon, these past three decades, largely due to this incredible community and its leadership.

By way of conclusion I want to express one final debt of gratitude.

I want to thank Allen Katz, the Gabbai and Program Director of OZ. While maybe it is unusual that I save him for last, let us know that wood only blossoms because there is a Gardner pruning, and watering and taking care of the wood. Nurturing it back to life.

Allen Katz is the Gardener of this community. Any success I may have had over these past years is largely due to his thoughtfulness and absolute reliability.
As my family part ways with this shul, I wish to close with a blessing.

Yehi Ratzon, may it be the will of G-d, that this special Kahal, led by its Morah De’asrah, Rabbi Schwartz, have continued ‘Oz’, strength, as it is said in Your Holy Torah, Hashem Oz Le’amo Yitein, Hashem Yivarech es Amo Vashalom.

G-d is the giver of strength, G-d blesses His people, the community of Ohavei Zedek, with peace.

About the Author
Formerly the Assistant Rabbi of Cong. Ohab Zedek in NYC, and The Hampton Synagogue, Rabbi Yechiel Shaffer is the Rabbi of the growing, young community, Pikesville Jewish Congregation, in Pikesville, MD.
Comments