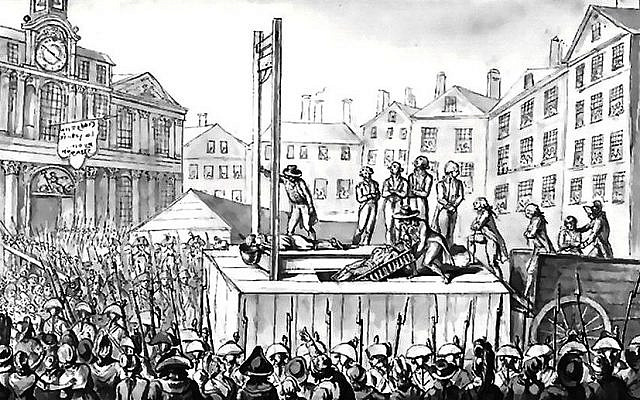 The great villains in history very often have cloaked themselves in a shroud of heroic decency—one of the most appalling aspects of true wickedness, but a hallmark nonetheless. The so-called “Committee of Public Safety” during the French Revolution enacted a hardly safe “Reign of Terror” in which almost 20,000 were guillotined, shot or hanged, some 700 of whom were religious clerics. “Pravda” is the Russian word for “truth,” and also the name of the Soviet newspaper that presided over one of the greatest episodes of constant, endemic and widespread lying in history.

America too has its own institutions riddled with evil, and just like previous incarnations of malevolence, also opting to cloak their misdeeds in feigned morality. It’s common knowledge now that Hollywood, for example, having spent decades lecturing the public about all our failings, is one of the foremost epicenters of child-rape, sexual harassment, deceit, back-stabbing, bullying and arm-twisting, fetishism and deviancy. It should come as a surprise to no one then that the great soap-box sermonizers, pontificating about racism and bigotry, should often turn out to be themselves racists and bigots.

Google is hardly exempt. For years Google has made a great show of its purported commitment to “diversity.” Last week, however, it became widely known that Google’s very own “Head of Diversity,” Kamau Bobb, in 2007 declared in a blog post that “If I were a Jew I would be concerned about my insatiable appetite for war and killing in defense of myself.” Google does though earn real kudos in acting swiftly—booting the Jew-obsessed diversity head from his post on 6/2/21 and reassigning Mr. Bobb to “research.”

Google must certainly feel flummoxed to find too late that some of the sheep in its employ possess fangs and claws beneath the clothing. But they aren’t alone; they’ve got plenty of company. Nick Cannon, rapper, actor and radio and TV host, voiced his own anti-Semitic sentiments in August 2019 on his Youtube channel. ViacomCBS fired Cannon after reviewing the content.

Last year comedienne Chelsea Handler shared content on Instagram extolling remarks made by America’s most unabashed anti-Semite, Louis Farrakhan. “I learned a lot from watching this powerful video,” the comic gushed. Handler was finally constrained to remove the post and issue an apology.

But in fairness to Ms. Handler, Louis Farrakhan has quite a number of admirers among A-listed athletes, artists, and public figures having gone on the record publicly lauding him, including Philadelphia Eagles’ De Sean Jackson and former NBA player Stephen Jackson. And it’s not just millionaire celebrities who sing Farrakhan’s praises, but their fans as well. When another former NBA star, Allen Iverson, recently posted on Instagram a photo of himself with Farrakhan it garnered 100,000 likes. Both the NFL and NBA promote themselves as staunchly opposed to racism, but when their lip-service is stripped away they will quietly and meekly acquiesce to the one abiding prejudice that fails repeatedly to evince even a peep out of either organization: good, old-fashioned Jew-hatred.

However, if one is searching for the most virulent source of anti-Semitism in America, it festers like nowhere else at the heart of the Democrat party. The shocking lurch toward overt and jaw-dropping Jew-bashing having taken hold at the DNC will certainly be a source of puzzled astonishment for future historians. Insofar as the likes of Keith Ellison, Rashida Tlaib, Al Sharpton, Ilhan Omar, et al are concerned, their positions of leadership at one of the two major political parties in the US is inexplicable, bewildering and a clarion call for Jewish-American voters to find another partisan allegiance, and immediately.

Nonetheless, hats off to Google for facing up to their own infallibility and addressing it. Hopefully this is a step toward prudently opting to dial back the holier-than-thou attitude and re-focusing their efforts on where their real concerns should lie: being a better search engine.