Have a little faith that this Dvar Torah is leading somewhere about Jewish values.

I’ve been reading lately a lot of thriller and spy novels, and there’s always at least one spy or evil person who speaks seven or a dozen languages. I’m more than a little jealous.

While my Spanish is usable, and my self-taught Latin not useful at all since I extremely rarely meet a Roman official or soldier in my shopping center in Rockville, my modern Hebrew has been admired by many Israelis for its mixture of occasional modern slang with Biblical syntax and Aramaisms, and my Yiddish, at best, is at least one or two levels below fair. I could never follow a young ultra-Orthodox Yiddish-speaking geek explaining how to fix my Mac. (I couldn’t do it, even if he or she were telling me in English.)

Nevertheless, I could get by with limited exchanges with elderly Jews in Russia, and I can usually follow a Torah-lesson by a European because I often know the subject matter.

Still, in all, as I think Bialik said, “If you want to write poetry you have to love words.” Following his sage insight, this often leads to my leafing through my English, Spanish, French, German, Talmudic Aramaic, Hebrew and Yiddish dictionaries. For Yiddish, the standard work is Uriel Weinreich’s Modern English-Yiddish Yiddish-English Dictionary.

As often happens, my inattentive searches for words and phrases sometimes leads to astonishing results.

In Yiddish (and please forgive my grammar): Words like gotkas (long underwear), chroppen (to loudly clear the throat of phlegm), and pupik (human belly button, but also referring to some anatomical part of a chicken unfamiliar to me — as in at the Shabbat table, “Who wants the fliegel, gorgel, pulka, pupik.”

And phrases: When someone is enjoying some food, you might say, “Mit di eigenen tzainen” (You should continue to enjoy this years from now with your own teeth”; “Tuchiss ofn tisch”— lay your cards on the table”, and the greatest of all, “Mit ayn tuchiss ken me nit tantzen oif Tzvay Chassenes” (With one tuchiss you can’t dance at two weddings). Most certainly a Nobel prize winner for creative, graphic expression.

But what grabbed my attention was the entry for quotation marks – fremdtzeichness (most likely the common term, but also a secondary and no doubt colloquial term gandzfisselech (goose feet). Astonished,this encouraged me to continue my quest particularly for words and phrases that jiggled the mind and imagination and expressed more than the words themselves.

Now we move to the more fascinating issues of content, nuance, suggestiveness of words and images. I begin with the subject about for whom do we stand at various times and places — though the list may appear to many readers to be old fashioned and out of date: a judge when he or she enters the courtroom and the bailiff says, “All rise”, for an ovation after an exquisite performance or speech, when people in important positions in society come into the room — Queen Elizabeth certainly qualifies (we recall Agnon reciting the special blessing for seeing royalty when the King of Sweden presented him with the Nobel Prize), high members of government (I’ve been watching Madame Secretary. Whenever the Secretary of State enters the room, her staff immediately rises.

Some students still stand when a teacher or professor enters the room, more so in Europe than America. At the Jewish Theological Seminary in the 1960’s we stood for the pre-eminent Talmudic geniuses of the generation, Professor Saul Lieberman, z”l, and for Dr. Louis Finkelstein, z”l, outstanding Rabbinic scholar and Chancellor. 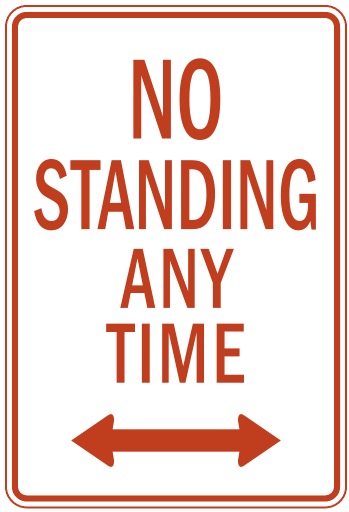 Everyone rises when the Ark is opened and congregants march around with the Torahs. At this point, it is necessary to mention Rava’s insightful, wise, powerful, and biting comment, “See how foolish people are. They stand up for the Torah but not for a great person.” (Talmud, Makkot 22b)

Lastly, we know the words of Leviticus 19:32, “Stand before the elderly.” (The quote is even on stickers on the windows of Israeli buses.) I think this a great status-equalizer, because it does not specify if that older person is a sage, or donkey driver, or plumber, wood chopper, emaciated or in full vigor.

I have met people who have special seats at their dining room table or in other rooms that are exclusively their mother’s or father’s. Nobody other than the parent sits there without specific permission. And I have known people who stand when a parent enters the room. Which brings us finally to Kiddushin 31b: “When Rav Yosef would hear his mother’s footsteps approaching, he would say, ‘I will rise before The Divine Presence which is approaching’”.

There are several things to remember and consider: First, Rav Yosef was blind, so the Talmudic report says he heard his mother’s footsteps. Second, as best as I recall, Rav Yosef was not known as a mystic. And yet, and still, he sensed something, he knew something we ought to pay close attention to, among them: So much of what we encounter is life, if we think with our souls, is much more than what our senses absorb.

The great emotionally-charged and profound statement by Rav Yosef could be an opening for all of us, not only to look around or keep our ears open to, and feel the touch of another human being – but to look beyond, and to listen more deeply, and to seek out the meaning of human contact, and to always remember human beings are made in the image of God.