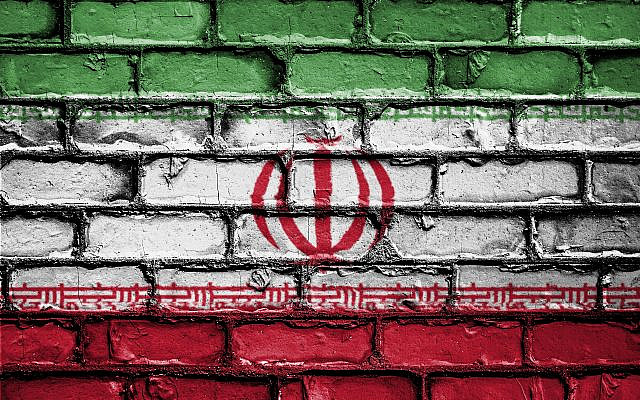 Image by David Peterson from Pixabay

Who is the biggest persecutor of Muslims in the world?

And indeed of all the faiths?

And who is his biggest Islamophobic collaborator among ostensible ‘Muslim’ leaders?

Well I guess it would have to be someone pretty prominent.

And I guess it would also have to be someone who has absolutely nothing bad at all to say about the biggest, most systematic persecution of Muslims in living memory.

Does that sound like anyone we all know and love?

Yes-yes-yes, now how did you guess?!

Now, just imagine being the self-appointed right hand man of God on earth (thanks to the previous Supreme Leader’s notorious theological revisionism) and yet not having a single bad word to say about the utterly hideous and heartbreaking torture, rape and mass murder of untold numbers of Muslim civilisans!

Just imagine being that utterly self-oblivious!

I mean, just cross the most utterly corrupt and plutocratic billionaire fake televangelist in the world with, say, Pol Pot or Genghis Khan, and you’re probably getting more or less close to the mark.

The Supreme Leader seems to have a lot of spare time on his hands, so let’s show you a few highlights from his itchy Twitter thumbs.

This region, not that region!… ERRRRP!

While maintaining their vigilance on the issues of this crucial region, Muslim nations – in particular West Asian countries – should never forget the hostilities of western politicians and leaders against Islam and Muslims.

Well! Would you look at that. All I can see here is, last time I heard, Shady Xi wasn’t a ‘Western political leader…’

The UAE betrayed the Islamic world, but this won’t last long#UAEStabsMuslims pic.twitter.com/VIX2xXZf1x

Some might consider throwing the Muslims of Xinjiang under the bus a pretty epic act of back-stabbing brutality and treason.

Especially when you’re acting like you’re somehow God’s anointed, with the right to speak for every Muslim on earth.

Honestly, he couldn’t sabotage his own cause any better if he tried!

What an utter imbecile.

The enemy seeks to achieve what it has failed to gain through its military war against independent countries by means of infiltrating their education systems and with tools such as the #2030Agenda, and in this way turn the children of those countries into their foot soldiers.

The enemy seeks to achieve what it has failed to gain through its military war against independent countries by means of infiltrating their education systems and with tools such as the #2030Agenda, and in this way turn the children of those countries into their foot soldiers.

Apparently, this utterly unhinged conspiracy theorist has time to spew out these demented, sub-Piers-Corbyn-level rants about climate change, which even David Icke would hesitate to churn out on his ridiculous social media accounts; but has zero words to spare for the plight of the Uyghur. And if the Israeli media, by the way, are running some kind of ‘Zionist Conspiracy’ against Muslims, they’re obviously not very good at it, as Times of Israel (let alone other Israeli outlets!) are doing tons more exposure of the barbaric atrocies the Party are perpetrating against innocent Muslim civilians, than the self-appointed leader of all true and authentic Muslims worldwide.

A believer should never accept humiliation at all. #ImamHussain (pbuh) said, “Never to humiliation.” A believer is not permitted to accept the humiliation of surrendering to arrogant powers and giving in to their pressure and coercion.

A believer should never accept humiliation at all. #ImamHussain (pbuh) said, “Never to humiliation.” A believer is not permitted to accept the humiliation of surrendering to arrogant powers and giving in to their pressure and coercion.

Well as mealy-mouthed, sanctimonious hypocrisy goes, it just doesn’t get any better than this!

This utter moron is talking about not being cowardly and craven, and about the non-negotiable moral necessity of not bowing and scraping and cringing in the most unspeakably nauseating manner, before powerful tyrants.

Remember, I’m doing this stuff so you don’t have to! I mean, ain’t that sweet! Well, anyroad: feel free to have more fun online with this guy if you want. Don’t be too harsh though: I gather he’s got a bad case of fragile masculinity, so try and go easy on him. I’m sure he’ll be very grateful to you oh no wait he won’t though, will he?! OK, well have fun as much as you like then… Why not! 😛

So, let’s not keep feeding the Tipsy Troll of Tehran. (Would we EVER!) Not even if he’s this much fun to bait. In fact instead, to round us off here, Secretary Pompeo sums it all up very well, in his tweet on Korrupt Khameini’s epic toddler tantrum over the UAE’s recognition of Israel:

The world must reject and condemn @Khamenei_ir ’s ideology of hatred. The children of Abraham – Muslims, Christians, and Jews – rejoice at the prospect of peace, while @Khamenei_ir calls for more violence. The U.S. stands with the UAE and all those seeking a brighter future.

The world must reject and condemn @Khamenei_ir’s ideology of hatred. The children of Abraham – Muslims, Christians, and Jews – rejoice at the prospect of peace, while @Khamenei_ir calls for more violence. The U.S. stands with the UAE and all those seeking a brighter future. pic.twitter.com/smON82ruEF

But it gets better still…

And if you’re looking for those betraying Islam @Khamenei_ir , China is seeking to destroy the Uyghurs. Looking forward to your public callout for the CCP’s horrific treatment of those Muslims.

And if you’re looking for those betraying Islam @Khamenei_ir, China is seeking to destroy the Uyghurs. Looking forward to your public callout for the CCP’s horrific treatment of those Muslims.

In the 20th century, evil dictators used to hide out in bunkers and underground lairs.

In the 21st century, they seem to prefer to hang about in the basement with their best buddy, (generally themselves), practically living online.

Well shame on Khameini, seven times over, for his inexcusable idleness and seemingly never-ending deficit of self-control!

Then again, if you look at how Korrupt Khameini treats his own religious minorities, I guess vulture of a feather flock together.

You ever notice how dictators like calling the USA the Great Satan, and Israel the Little Satan?

Well, I have my doubts about that one.

If there’s any absolutely pure evil religious persecutor in the world today whose utter wickedness and loathsome cruelty to Muslims and indeed to people of all faith is utterly unsurpassed, and unparalleled, I’m pretty sure it’s the corrupt dictator running all those hideous, grotty little Gulags of his, in Xinjiang!

If that’s not thoroughly deserving of the name ‘Great Satan,’ (Great Accuser and Defamer) I don’t know what is!

Of course, every Great Satan needs his Little Satan, his #2 Dawg to act as his mouthpiece.

Every Sauron needs his Saruman, every Voldemort needs his Wormtail.

I have to say, this year is an absolute shoe-in.

The 2020 Islamophobe of the Year award just has to go to Korrupt Khameini and Shady Xi!

Because by this point, there’s just no doubt at all about where they stand on the troubling 21st century tendency of absolutely hysterical mass hatred and persecution of Muslims, is there?

And you know what?

Going forward, I think it’s gonna to be pretty damn hard for pretty much anyone on earth to ever beat these guys…

Seems like if anyone in this world cares about religious persecution at all (and of course, every human really, really should do) then all roads lead to Peking!

And no amount of mealy-mouthed hypocrisy from Korrupt Khameinim, or is it Kraven Khameini, is ever going to change that fact.

Let’s be clear that there is no freedom of religion possible as long as the CCP and their cowardly aiders and abettors worldwide are allowed to spread hatred, fake news and evil ideas without the merest shadow of recrimination.

It’s time to fight bad ideas with better ones.

Peking and Tehran know they are in a hybrid civil war.

But the question for the rest of the world, is whether we really know it ourselves, or not?

A lot, no doubt, will hinge upon this question.

No doubt History will disclose the rest.

THANK YOU SO MUCH FOR READING MY LATEST UNITED FRONT ARTICLE. MAY ISRAEL, AND EVERY NATION, AND EVERY FAITH ON EARTH, UNITE IN UNITY AND COURAGE TO BRING PEACE AND HEALING TO THE WORLD!