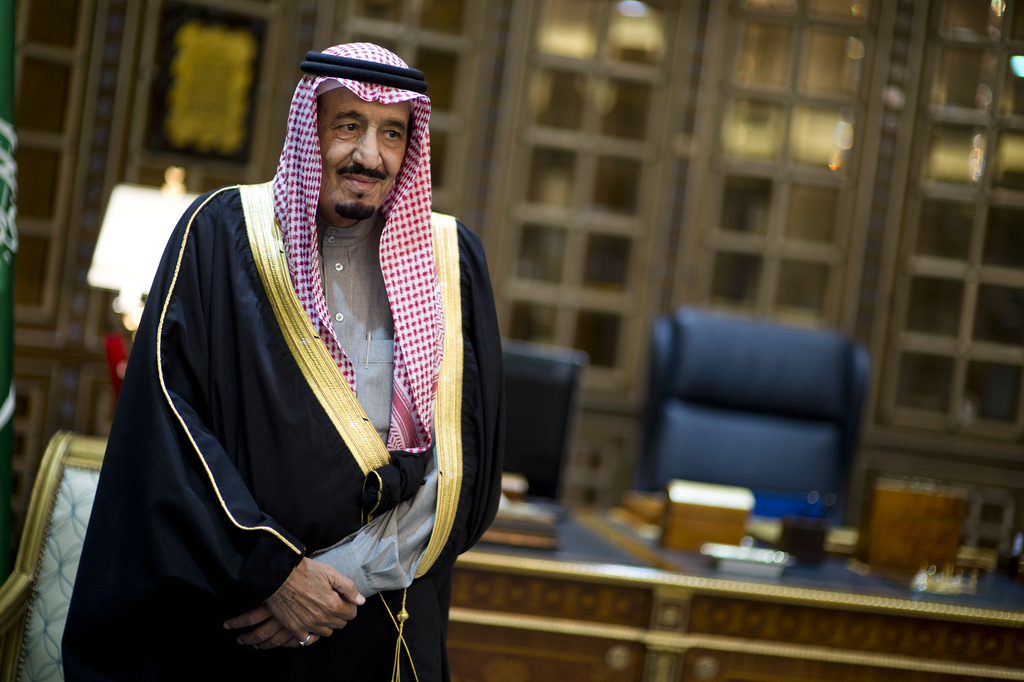 The security relationship between Pakistan and Saudi Arabia seems to be undergoing a reset. Last year, former Pakistani Army Chief; General Raheel Sharif was selected by Riyadh as the commander of the Saudi-led alliance of Muslim majority countries, ostensibly aimed at counter-terrorism. The alliance is meant to essentially target the Iran-backed Houthi rebels in Yemen who are active on the Saudi borders.

Then came the news last week since denied that Pakistan would send a brigade strength of combat troops to Saudi Arabia for deployment along its southern borders in the ongoing conflict with Yemen. Islamabad and Riyadh have had a close security relationship. Not only does the Pakistan army regularly train the Saudi soldiers, experts estimate that there are as many as 70,000 Pakistanis serving across the Saudi military services. Pakistani combat troops have been sent to Saudi Arabia in the past also in 1979 after the attack on the Grand Mosque Complex of Mecca and during the First Gulf War when the Saudis feared an attack by Saddam Hussein. In 2015, Saudi Arabia requested Pakistan to join an Arab-military coalition against the Houthi rebel movement in Yemen. However, the Pakistan Parliament voted to remain neutral in the conflict. Let us see if the Pakistanis are reconsidering their position on joining the Riyadh-led alliance against the Houthis and if so, why is there a churning in Pakistan on this issue and what does it mean for the Gulf region?

What are the factors that have shaped and continue to shape the security relationship with Pakistan and Saudi Arabia?

Pakistan and Saudi Arabia enjoy a very close relationship to the extent that at one moment there was a suspicion that Saudi Arabia is financing the nuclear programme of Pakistan (members of the Saudi Royal Family are the only ‘foreigners’ who are allowed to visit the nuclear facilities of Pakistan). In the 1980s, when Saudi Arabia procured the Chinese CSS-2 missiles, the speculation was rife that this procurement is senseless unless they are armed with nuclear weapons. Hence, it was argued that Pakistan’s nuclear weapons would be made available for Saudi Arabia in the time of crisis. Pakistani troops have also served in Saudi Arabia to afford protection to the Saudi Royal family. Saudi Arabia has recognised Taliban regime and financed Madrasas (colleges for Islamic instruction) all over Pakistan to spread Wahhabism (identified as the main source of global terrorism by the European Parliament).
Today Saudi Arabia is constrained heavily in its fight against the Houthi-rebels of Yemen (allegedly supported by Iran). In fact, there have been instances of serious attacks along the southern borders of Saudi Arabia by the Houthis. Saudi Arabia’s army is incapable of fighting a serious war effectively (forget the Guerrilla warfare). Therefore, Pakistan becomes very valuable in this regard.

Why Saudi Arabia selected General Raheel Sharif as the commander of the alliance of Muslim countries?
It could be regarded as a precursor to Saudi Arabia’s hope of obtaining combat troops from Pakistan in its fight against the Houthi rebels. Although there are some inhibitions inside some quarters of Pakistan over General Raheel Sharif taking over the job offered by the Saudis, there is no rejection/acceptance till now.
There was an ‘anger’ in Pakistan regarding Saudi’s request for combat troops in 2015 not only on substantive grounds (non-meddling in the Saudi-Iran affairs) but also on procedural grounds. The procedure in which Saudi Arabia requested Pakistan to send combat troops to Yemen forced few sections in Pakistan to feel the vassal status of Saudi Arabia vis-à-vis Pakistan.

Would Pakistan send troops to Saudi Arabia? What could be the consequences of such an involvement?
A newspaper in UAE leaked the Saudi-Pak plan to cooperate via troops in combating the Houthi problem which has reached the doors of Saudi Arabia. Defence Minister of Pakistan has denied the reports of such cooperation. Pakistan may be hedging in this arena taking into account the Iran factor.
Even if the troops are sent for ‘emergency deployment’ in Saudi Arabia i.e. to play the defensive role and protect the vital security interests of Saudi Arabia’s territory, the sole purpose would be to extract money via grants and soft loans. Saudis would be happy to do the same, especially when they are getting cheap sources of security at the time of a dwindling economy as compared to the costly Western forces in the region.
The implication of such an involvement of Pakistan would be that it would find itself enmeshed in the Sunni-Shia conflict between Saudi Arabia and Iran. Shias in Pakistan are being already targeted by the Sunni extremist groups and it cannot afford to alienate a large section of its population (Shias hold significant positions in Pakistan Army also) further by entering into such an alliance. But the relations between Pakistan and the Sunni alliance have already deteriorated in the past few years, so it is in a dilemma over its future course of action.
Pakistan is also unsure of gaining gravitas in American calculus as a regional power by what they perceive to be serving the strategic goals of the United States in the Gulf region.

Why Saudi Arabia needs Pakistani troops when it can get mercenary contractors from the West?
One of the reasons could be the diversification strategy on part of the Saudi Kingdom to divert away from their security dependence on the West and look for cheaper alternatives to it. The sheer competence of Pakistan Army in the region could be another factor for Saudi shift towards Pakistan in this situation of war. As discussed earlier, this relationship also goes back to several decades of security cooperation. This close security cooperation makes it imperative for the Gulf to prefer Pakistani troops in the event of a security need.

Repercussions on Iran-Pakistan relationship –
If Pakistan decides to send the troops to Saudi Arabia, it could disturb the relationship between Iran and Pakistan. It is doubtful if Pakistan can afford to lose a significant partner like Iran in the proposed China-Pakistan Economic Corridor (CPEC).
Pakistan became the surrogate of Saudi-Iran proxy war through the sectarian conflicts in Pakistan during the 1990s and this is the real danger that Pakistan perceives to be repeated again, in the case of its involvement in the Yemen affairs.

India factor in Pakistani calculus –
Pakistan is worried about the closeness developing between the Gulf countries and India in the last few years with respect to economic and security interests, especially with the UAE and Saudi Arabia. Pakistan has a traditional policy to isolate India and complicate its relationship with these countries. Contrary to the popular perception, Prime Minister Narendra Modi has managed to penetrate the Gulf region with his skillful diplomacy and secured a strategic leverage vis-à-vis Pakistan in terms of a developing security relationship with the region. Gulf countries have successfully managed to put the predominance of Islamic factor behind the contours of their relationship with India and are managing to cooperate effectively with India as against their traditional position. Gulf countries and most importantly the UAE is seriously looking towards India for defence and security cooperation to signal Pakistan that they may end the monopoly of Pakistani security umbrella in the region.

It would be interesting to see how Pakistan decides to sail across the Arabian Sea to reach the Gulf of Aden through a tightrope diplomacy. Would it be able to prepare an effective solution to escape out of the zero-sum game between Saudi Arabia and Iran?