What do you call someone who kicks over a full bucket of sand, blames you for emptying it and won’t play nicely until you refill it? Or someone who stabs you in the back and tells the world that you made him do it?

Until 2005, the Israeli army roamed the Gaza Strip trying to keep order among people who hated them. Naturally. I would also hate a foreign military keeping me from travelling freely from place to place within an area I considered my own. True, there were places of work for many of the Gazan people in the Strip – on agricultural farms in Jewish settlements. But Israelis were intruders in the hearts and minds of the Gazan population, although this area was also considered by Jews to be a legitimate part of the Land of Israel with archeological findings testifying to this fact.

However, by 2005, the deaths of Israeli soldiers and civilians by terrorist attacks inside and around the Gaza Strip and missile launchings on Israel from within Gaza reached the point where Prime Minister Ariel Sharon decided that the sanest thing to do was to get out of Gaza. About 8000 Israelis were uprooted from the homes they had built and lived in for two years short of four decades, some forcefully. While they destroyed the homes they left behind, they left intact agricultural infrastructure and equipment worth millions of dollars.

More interestingly, Israel signed an agreement with the Palestinian National Authority (PNA) that determined that Gazans were free to use the border crossings to import and export goods and anything they want and need to build up their territory and make it viable economically and socially. Convoys were to be arranged connecting the West Bank and Gaza. In order to make sure that weapons were not among the goods and materials entering Gaza security measures would be installed. But otherwise the border was open, as was the crossing into Egypt along the southern border.

Many Gazans entered Israel to work in various jobs around the country. True – crossing the border entailed security checks that meant that lines were long and tiresome; but every day Gazans left the Strip in the morning to work and returned home at night, ensuring their families of a good income. Given the open borders, many Gazans travelled to different countries around the world: as tourists, for business and to study in universities.

The agreement with the PNA included approval for the construction of a seaport, the first time Palestinians would have had access to independent maritime travel and import-export facilities. During the time Gaza was controlled by Egypt (1948-1967) this was never on the table. Reconstruction of the international airport that had been built in 1998 and destroyed during the Second Intifada in 2001 would also be discussed (note how the airport was built during the Israeli occupation of Gaza and not when it was under Egyptian control).

In 2006, in free elections, Palestinians elected a Hamas majority with 44% of the votes. Fatah won 41% of the votes. This gave Hamas 74 seats and Fatah 45 seats in the government which served both the West Bank and Gaza. In 2007, however, Fatah legislators and supporters were attacked and some killed. Other civilians were also killed and injured. One major result of this Hamas coup was that it gained absolute control over Gaza and the two geographically separate territories now became politically divided as well. 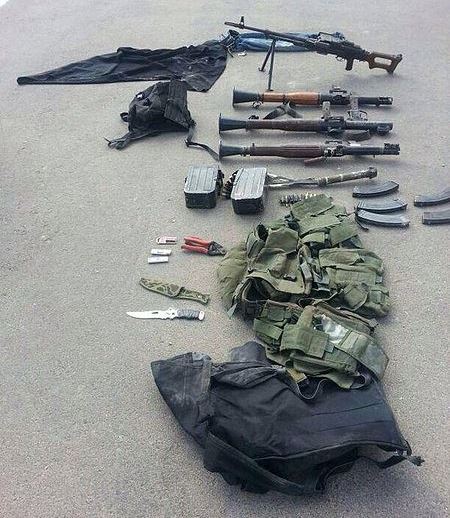 Hamas is a cry baby – and an evil one at that!

So is it not ironic that Hamas is now demanding as essential for ending the hostilities against Israel those very same conditions it had for free in 2005?