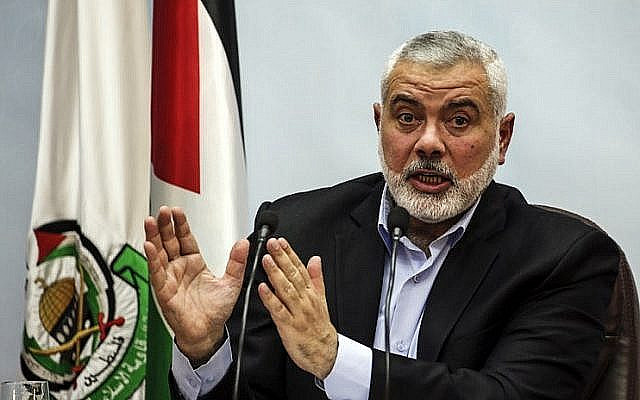 Benjamin Netanyahu and his Likud have benefitted politically from Hamas terrorism for decades. And so it is now, as violence has broken out in perfect time to stall the formation of Israel’s first Jewish-Arab government, which would have replaced him.

Sure, coincidences happen; but usually not. Sure, conspiracy theories are generally nonsense; but they sometimes exist. Sure, it’s important to fight terrorists and punish rioters and no country would tolerate rockets; but let’s not be naïve.

Consider a basic fact that domestic news analysts neglect to emphasize: The first deaths in this current round came when Israel bombed locations in Gaza Monday night, killing at least 22 people including, reportedly, nine children.

It is true that the Hamas mafia that runs Gaza precipitated this with a volley of rockets some of which landed near Jerusalem (causing no loss of life), in a bid to own the Jerusalem unrest surrounding Ramadan. That was not good. But Israel’s disproportionate reaction is the kind of thing you do when you want to start a war.

In the same vein Israel helped bring on that unrest by stepping up security measures and  erecting provocative barricades around the Old City during Ramadan. That inflamed tensions with easily-inflamed Muslim worshippers and yielded riots in which hundreds were wounded by tear gas and rubber-coated steel bullets.

Also in the same vein Israel tolerated right-wing provocateur Itamar Ben-Gvir – a Meir Kahane acolyte whom Netanyahu personally shoehorned into the Knesset – setting up a makeshift street “office” in the combustible Sheikh Jarah neighborhood of East Jerusalem. That’s the place where dozens of Palestinians are fighting evictions by right wing-backed Jewish claimants to several properties in a case that awaits the Supreme Court. The claimants have a good argument: Jordan unfairly confiscated the properties after occupying East Jerusalem in the war that accompanied the post-colonial vacuum in 1948 and temporarily divided the country, until the 1967 war.

But for Israel the issue is dangerous, because many more Palestinians – including East Jerusalemites – would have the same level of  moral claim to properties Israel confiscated in West Jerusalem (and elsewhere) under the problematic 1950 Absentees’ Property Law. Yet no one conceives of enabling that. It  looks like, smells like and quacks like discrimination.

Much better to offer generous compensation all around than to let ultranationalists whip up hatreds and trample on historical grievances.  Much better to instruct the police to back off a little on Al Aqsa, because the Temple Mount makes too many people crazy and Israel needs sanity. Much better, by the way, not to have for years abandoned the Israeli Arab sector to youthful criminal hooligans who are now exploiting the tension to bring mayhem into Israel’s cities.

Unless, again, you want to start a war.

Could Netanyahu really want to start a war? Sure, he’s been feverishly delegitimizing the police, the prosecution and the justice system ever since they  put him on trial; sure, he’s incited against Israel’s Arab citizens for years; sure, he appears to have used his position for personal gain and clings to it with a supervillain’s obsession. But is he not at heart a well-meaning public servant?

Actually, Israeli commentators have been expecting Netanyahu to try to start a war ever since he more-or-less lost the most recent election (the fourth over two years) by a 61-59 Knesset seat count.

His opponents have struggled to translate success into victory because of a reluctance to ally with Arab parties, partly due to Netanyahu’s own anti-Arab incitement. That timidity served Netanyahu very well: as long as no coalition is formed, the incumbent stays as head of an “interim government,”  potentially forever.

Yet in recent days it looked like forever was over. On Monday Naftali Bennett, who would be prime minister in rotation with centrist Yair Lapid, was supposed to meet with the key Arab politician of the moment, Mansour Abbas. They appeared close to hammering out a deal to oust Netanyahu.

The deadly on Gaza that day was certain to spark major retaliation, which predictably came in the form of Tuesday night’s missile barrage against the Tel Aviv area that shocked the country, killed several people and yielded predictions by right-wing commentators that the “change government” had been successfully scuttled. Sadly, it also led to violence between Israeli Jews and Arabs, mostly young hotheads on both sides strangely allowed to run riot.

On Wednesday the Israeli government boasted that it had rejected cease-fire offers, and then proceeded to destroy civilian apartment towers in Gaza. The argument is always that they housed militant leaders (who are given a chance to escape). The militants are everywhere in Gaza. These cynics hide beneath the hospital hoping that Israel might bomb it.

Expect Netanyahu to try to keep this going and for Hamas to lend a helping hand. More barrages against Tel Aviv are coming. The place is a ghost town with a dutiful citizenry clutching cellphones and dependably outraged at the enemy’s barbarism, hardly considering what is going on 100 kilometers to the south.

Hamas and the Israeli right are enemies in an obvious way, but in a more interesting way they are allies in the struggle to prevent pragmatic moderates from dividing the Holy Land into Jewish and Arab states that might conceivably live in peace.

Hamas shootings began shortly after the 1993 Oslo Accords, quickly tempering the enthusiasm on both sides. The Jewish terrorist Baruch Goldstein then carried out the retaliatory  Hebron Massacre that killed 29 Muslim worshippers in the Tomb of the Patriarchs, which in turn brought on a series of Hamas suicide bombings.

Hamas calculated correctly that such bombings would turn Israelis against the peace process and move voters away from Prime Minister Yitzhak Rabin and instead toward the right, whose leader Netanyahu agitated against the peace deal as few have ever agitated.

Netanyahu would appear in person next to the smoldering ruins of each bombed bus blaming the prime minister personally for the deaths – a practice he was to abandon as prime minister himself. Rabin was assassinated in 1995 amid frenzied incitement highlighted by rabbinical rulings that God wanted him to die. So did Netanyahu ascend to power in a direct 1996 election, in a close vote that came after another series of Hamas suicide bombings wiped out an enormous lead by Rabin’s successor Shimon Peres.

Netanyahu lost to Labor’s Ehud Barak in 1999, but under Ariel Sharon Likud returned to power two years later after Israel’s peace offers were met by another Hamas-led “intifada” uprising (enabled by a weak and double-dealing Yasser Arafat).

And Netanyahu returned to power in 2009, buoyed in part by voter disgust over the incessant Hamas rocket fire from Gaza which the government of Ehud Olmert seemed unable to stem after Israel pulled out of the strip a few years earlier (Olmert did try to good faith to negotiate a partition deal). Over 12 years consecutive in power Netanyahu has not stopped the rockets either, but he has certainly arrested all momentum toward peace and partition.

Likud and Hamas are each other’s useful idiots.

Hamas ruling Gaza creates a wedge between that territory and the West Bank and weakens the more pragmatic Ramallah-based Palestinian Authority. It undermines the Palestinian Authority’s strategy, shared by the Israeli center-left, of dividing the land and preventing the Armageddon scenario of a war to the finish with the populations mixed together. Netanyahu has sought his entire career to kill off that two-state scenario. In his first interview with me, in 1989, he argued Israel could forever hold on to the West Bank.

It is also fair to say he’s trying to cling to power long enough to machinate his way out of his ongoing trial on charges of bribery, fraud and breach of trust.

The sudden conflagration offers him a mysteriously convenient and spectacularly well-timed assist. When facing a convenient mystery, ask yourself who benefits. The mystery usually goes away; the convenience remains; the suckers pay the price.

About the Author
Dan Perry is the former Cairo-based Middle East editor and London-based Europe/Africa editor of the Associated Press, and served as the chairman of the Foreign Press Association in Jerusalem. A technologist by education, he is the Chief Business Development Officer of the innovative ad tech company Engageya, and Managing Partner of the award-winning communications firm Thunder11. Follow him at twitter.com/perry_dan www.linkedin.com/in/danperry1 www.instagram.com/danperry63 https://www.facebook.com/DanPerryWriter/ https://muckrack.com/dan-perry-22
Comments