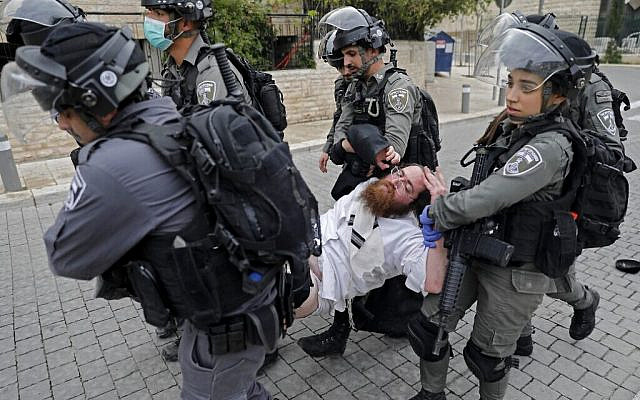 Police arrest an ultra-Orthodox man as they close a synagogue in the Mea Shearim neighborhood in Jerusalem for violating emergency directives to contain the coronavirus, on March 30, 2020. (Ahmad Gharabli/AFP)

The popular political discourse is generally dominated by so-called horse-races, with the focus squarely on personalities and their chances.  Widely ignored are the proposed solutions to the problems of society.

In Israel, this has been taken to extremes in the framing of all recent elections as contests as being between “pro-Bibi” and “anti-Bibi” camps, with the latter now even including some nationalists like Gideon Saar who attract the support of very confused liberals.

This plays into the hands of the incumbent, who is one of the most talented politicians (and one of the worst leaders) to be found in all the land. It is a grave miscalculation for the center-left because it’s clear that about half the people do not care if PM Benjamin Netanyahu is (per the charges) corrupt or (per what anyone can see) a dissembling agitator against the rule of law. Indeed, many Israelis revel in his upsetting of the educated “elites” – much as Donald Trump held onto bedrock support no matter his misdeeds.

It is also another blow to the globally beleaguered democratic proposition because democracy assumes an informed populace discussing and understanding the issues.

And oh boy, does Israel have issues.

As I have written before, Israel must decide whether to continue its West Bank policies and the settlements there. The right has  valid talking points about the Palestinians’ shortcomings but none of them can change the fact that Israel is making itself inseparable from them in a way that will kill the “Jewish state.” Israelis who back the right should understand they are causing this, and many of them currently do not, because it is hardly discussed.

Israel also needs to decide whether to continue on its current path with the Haredim: paying masses of Haredi men for studying religion all their lives, subsidizing their world record-size  families, and allowing schools to not teach a core curriculum of math, science and English. Israelis should know that in voting for any element in right-religious bloc they are gradually remaking Israel into an impoverished country where the majority of men are unemployed and praying dawn to dusk.

The issues have been ignored for a number of reasons:

Yet only persuasion might break the sort-of deadlock between the pro-and anti-Netanyahu camps (one poll this week showed a 60-60 Knesset emerging from the March 23 vote).

The opportunity for moving the political needle is on the Haredi issue, which was brought to front and center by Covid-19.

Recent days have seen a surge of violence between police and protesting hoodlums attached (in some cases tenuously) to Haredi groups. We are told Haredim feel under unfair assault.

But the fact remains that a community with about an eighth of the population accounts for over 40% of the recent weeks’ Covid infections, and since this is mostly in the Ashkenazi sub-sector the disproportion is much higher. And while this partly owes to poverty and overcrowding (itself a result of voluntary underemployment and hyper-fecundity), it also certainly results from insistence on continued gatherings including mass weddings and on various efforts to keep schools open even when the state has shut schools down.

The wider public has been forced into prolonged lockdowns — we are now in a third – because Netanyahu has refused experts’ and officials’ advice to enact targeted closures in badly hit areas which have generally all been in the Haredi and to a lesser degree Arab sectors. It sounds harsh, perhaps, but  the masses of newly unemployed have Netanyahu and the Haredim to thank.

Some claim the violations in the Haredi sector are outliers, but that doesn’t quite seem right. The heads of major yeshivas like Rabbi Chaim Kanievsky are behind quite frequent calls to refuse to close down (yes, he sometimes relents) and we see constant reports of cat-and-mouse games with the police. 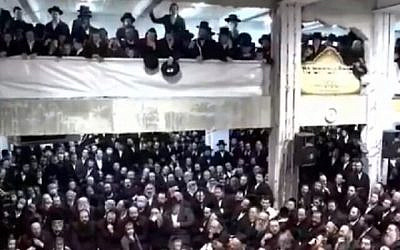 But above all, there is a clear message from the community, even from relative moderates, who tell anyone willing to listen that they view the state as an interloper whose guidance is optional. They must be cajoled and convinced and quite often bought off, by a stream of supplicants who do not waste their time persuading secular troublemakers.

Thus the idea that a seminary student can remain there for life and not only not pay tuition but receive a stipend. Thus the idea that drafting Haredim into the army cannot be done by force (as is the case with everyone else), and that basically they should be exempt.

Haredim may disdain the state of Israel but this behavior amounts to very special treatment  that they would not dare offer any to other place else on Earth. America’s laws are not optional.

The columnist Ben-Dror Yemini wrote in Yediot Aharonot this week that this insanity must be addressed — but added that it cannot be done by coercion. He is wrong. There is nothing wrong with law and order, and the Israeli Haredim’s high-minded obsession with poring over religious scripts at the expense of all else in life (by men, of course, never women) will not be negotiated away. The so-called coercion must begin with a change in the whole rotten edifice of funding, favoritism and exemptions (I have recommended details here).

This cannot happen without the right-wing being thrown out of power – it is directly a product of the right’s long years in power. And that cannot happen if confused leftists vote for Gideon Saar or the mini-me Naftali Bennett.

Saar, seen by some as having “chances” to unseat Netanyahu, is a right-winger who may dislike corruption by imperial prime minister but prides himself on good relations with the Haredim. Given the chance, he will set up a right-religious government and bring in Likud sans Netanyahu; the inelegantly elegant solution will be to run Netanyahu for the presidency, which becomes available this spring and which would trigger suspension of his bribery trial. Thus will the criminal defendant become the moral compass of the nation. 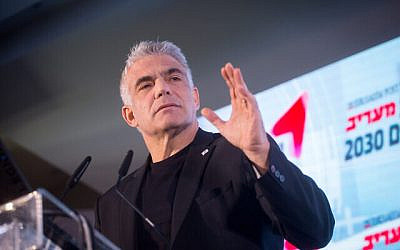 It falls to Yair Lapid’s Yesh Atid party and what’s left of the left to head off this calamity. When Lapid subordinated himself to Benny Gantz in the hybrid Blue and White Party, the result was a pitifully cautious and rather ineffectual campaign. But Lapid has courageously championed reform before;  he was burned a little then, and appears  reluctant now. It is likely that his American advisors, who may understand data but not Israeli psychology, advise him to beware. But if he finds the courage to clearly speak the truth, he’ll attract massive support which could give him a path to becoming prime minister. There is outrage in this country waiting for a voice.

Israel’s hyperactive but under-performing politicians might remember the words of US President Dwight D. Eisenhower: “If a political party does not have its foundation in the determination to advance a cause that is right and that is moral, then it is not a political party; it is merely a conspiracy to seize power.” And in the case of Israel’s center-left, a failed conspiracy at that.