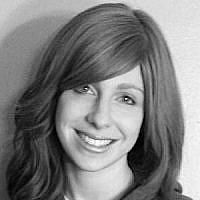 The Blogs
Chayi Hanfling
Apply for a Blog
Please note that the posts on The Blogs are contributed by third parties. The opinions, facts and any media content in them are presented solely by the authors, and neither The Times of Israel nor its partners assume any responsibility for them. Please contact us in case of abuse. In case of abuse,
Report this post.

My newsfeed over the past week was buzzing about the Harvey Weinstein debacle, the Hollywood  mogul that came tumbling down amid accusations of sexual harassment and assault that literally span several decades and across multiple countries. You may have heard about an anti-Semitic article describing his “Jewy perviness” or some op-ed responses that were perceived as being victim-blaming.  There have been loud debates centered around how our culture reacts to sexual assault and choruses of women hashtagging #metoo to show the prevalence and pervasiveness of this particular issue.

The debate between the people who are asking “why would women meet men in hotel rooms and wear revealing clothing” and the ones who are responding “VICTIM BLAMING!!” needs clarification. One can agree that prudence is a good way to go and there is value in modesty, but still disagree that this should be the response to the revelation of sexual violence. It’s like giving someone a band-aid when they have pneumonia. Band-aids are good and helpful and quite relevant to modern society but they won’t make your pneumonia go away. Even if, in theory, they might help mitigate some of the symptoms, they wouldn’t cure the issue and if the source remains untreated then your health would be at serious risk.

The fact is that sexual harassment is an issue that spans professions, communities and religions. The perpetrator is most often known to the victim and oftentimes is a family member. Telling women to change what they are doing in order to avoid being violated is factually inaccurate and at best would only help the particular person making those changes. There will always be someone who is vulnerable and therefore if we are to create a safer, better world for everyone then there is simply no choice but to focus on the perpetrators.

So why don’t we? We pay lip service to the idea of, “yeah, of course men shouldn’t do that,” but then we spend virtually no time discussing how to actualize change. The reason for this is because people believe that it is pointless to try to change male culture. “Men are animals” they shrug. “That will never change”.  It is incredibly insulting to men and even more insulting to G-d in whom man’s image is made.

Before G-d creates man, He issues a startling introduction, “Let us make man.” The Baal Shem Tov says that when G-d says let us make man” He is speaking to man. What fundamentally differentiates man from all other creations is not just his intelligence but his free will, his ability to create himself, and re-create himself throughout his life. Thus G-d “cannot” make man himself, as it were. He can start the process but then hands the project over to man himself to finish the job.

When we declare explicitly or implicitly through speech, action or an egregious lack thereof, that man is an animal, that man is un-changeable, we are engaging in pure heresy. Man is defined by his free will and the full truth goes even further. The very word for man, gever, is the same root as the word gevurah, strength. So does Judaism agree with the Harvey Weinsteins of the world after all? Manliness can be demonstrated by the power you wield over others, how many submit before you?

This question is clearly answered in Pirkei Avos. “Eizehu Gibor HaKovesh Es Yitzro, Who is strong? He who is in control of his own nature.” Power means self-control and self-discipline. Not only is man defined by his free will, he is defined even more specifically by his ability to control himself. Judaism would understand toxic masculinity, then, to be gevura directed outward instead of inward, an attempt to control others instead of controlling oneself. This is the kind of “masculinity” that is too often perpetuated in Hollywood and much of secular culture and it is what creates an environment that is hostile to women. When manliness is defined by sexual conquests and aggressive behavior sexual or otherwise, instead of total control over one’s instincts and urges, it is a perversion of reality. Let’s reclaim dignity for women and men alike by not reducing women to objects or men to their animalistic desires. Men and women are human beings, with free will and created in G-d’s image. It’s time we started treating each other that way.

About the Author
Chayi grew up in New York and now lives in Los Angeles with her husband and kids. She has an MSW from Wurzweiler School of Social Work.
Comments
Advertisement