Seventy-two years and a day.

I have been here for 38 of them. The first Yom Haatzmaut I celebrated in Israel was something especially poignant, celebrating it on Tuval, my new home, with new and old friends. The Israeliness of it, which we all strived to embrace, adopt, and make part of us, was fresh and pure and intoxicating. There was so much promise; a new land, free at long last from the stifling stigma of Apartheid, and the exciting prospect of literally building our home in the image that we wanted. We felt like we were masters of our destiny. 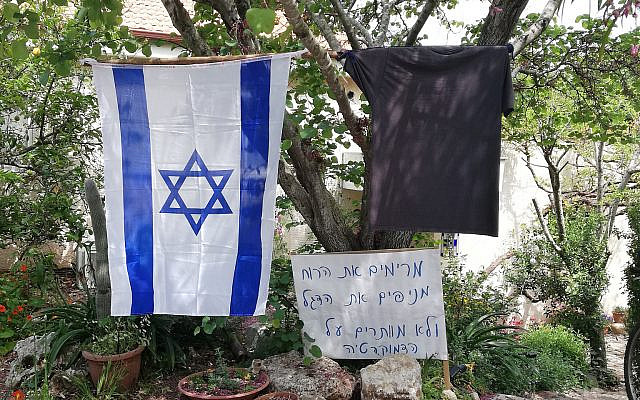 Celebrating independence, not giving up on Democracy. Tuval 2020 (Own photo).

And it was then that I bound my destiny to the destiny of Israel, for now, and forever.
Over time, especially the last ten years, I have watched as my dream is being taken away from me, and my vision being wrenched from my grasp to be replaced by someone else’s. An ugly, racist, bullying vision, of Machiavellian oppression. And I feel haunted, that the Apartheid and supremacist dominance that cast a shadow over my life in my youth, is following me here.

And now, I watch as the country sheds itself of its democracy, willingly, layer by layer, nibbled at constantly in favor of poisonous ideology, infused with false righteousness. I watch, while it incites against 20% of its citizens, Israeli Arabs, casting doubts about their loyalty to the country and their right to participate in its destiny. I begin to feel the hope slip from my grasp, as the country’s leaders, bloated with their sense of privilege and self-importance look down at us, the plebian citizens, with cold disdain now that they no longer need our votes, and decide to form a government no less bloated than their egos with 36 Cabinet Ministers and 18 Deputy Ministers – and two official Prime Minister’s residences, which we, the pleb taxpayers will be forced to finance.

And it is from unexpected quarters that the buds of hope begin to reveal themselves, as the fresh saplings of spring. Twice this year the very people whose loyalty was questioned by the country’s Prime Minister and the majority party, have demonstrated their loyalty through unsolicited and voluntary acts of selflessness. They show, in the most unequivocal manner one could imagine, not that they share our fate, but that our fate and our experiences are one. 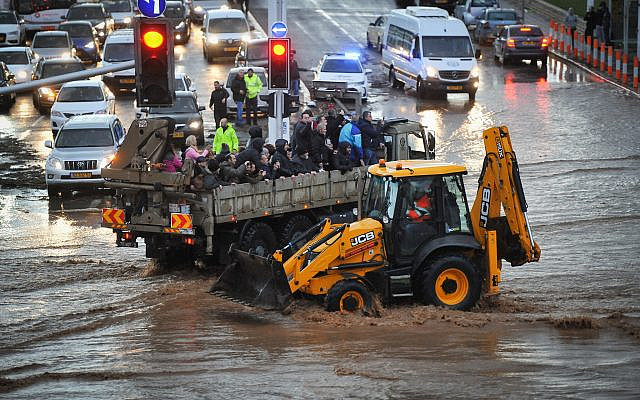 The first instance is the floods in Nahariya this past winter. Of their own accord, upon seeing the plight of people in their neighbor city, tens of residents from Mazra’a, Sheikh Danun, Kfar Yasif, and Meilya, all heavy tractor and front end loader operators, came to the rescue, transporting people and lifting them onto their balconies, working through the night, non-stop. They then proceeded to clear the streets of silt and residue, some transporting sandbags to shore up the banks of the river. For thirty-six hours they toiled, in self-allocated shifts, with no expectation of gratitude. Just a simple act of humanity and solidarity.

The second is in this current crisis. Doctors, nurses, orderlies, and responders work around the clock, hardly going home. They work double shifts and speak to their families on video calls, afraid to go home so as not to infect them. For six weeks, they have stayed away, dedicating all their time to their mission (it is far more than just a job right now), to save lives and care for the comfort of their patients. Among these dedicated heroes a large proportion is Israeli Arabs, who have volunteered to work in the Covid units at personal risk, sharing the burden. The most moving scene was of an Arab nurse on duty during Pesach, reciting the Haggada to Jewish patients in the Covid ward. If that is not the most fundamental expression of one fate, I know not what is. 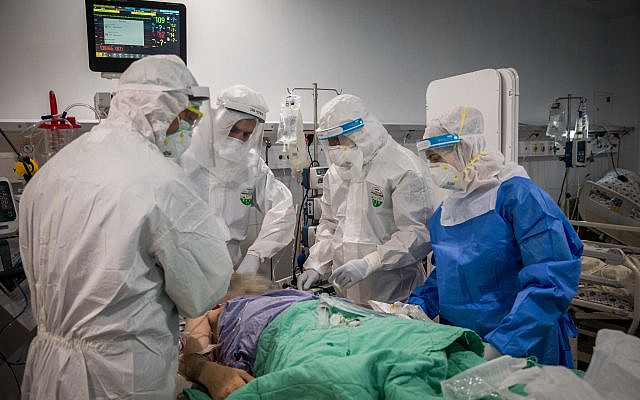 For the first time, many Israelis recognize that we have more in common than that which separates us. That the amorphous “they”, is actually “you” and “we”. And for the first time, Israelis are viewing positively Israeli Arabs, their kindness and their empathy, and recognizing it with their gratitude.

From here, stems my hope, a new hope. That such actions of integrated existence and humanity will drown out the racist, divisive rhetoric of the politicians. And, perhaps we will be more amenable to the concept that Arabs in Israel can and should not only be allowed to, but invited to participate in leading this country and determining its future.