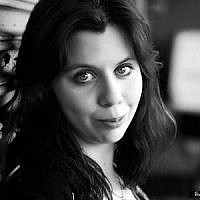 The Blogs
Lianne Hikind
Apply for a Blog
Advertisement
Please note that the posts on The Blogs are contributed by third parties. The opinions, facts and any media content in them are presented solely by the authors, and neither The Times of Israel nor its partners assume any responsibility for them. Please contact us in case of abuse. In case of abuse,
Report this post.

These times are so troubled, filled with loss and heartbreak and true sorrow. The nation of Israel has lost three of its own in a horrendous terror kidnapping and killing by Palestinian terrorists . Eyal, Gilad and Naftali , and is now facing the constant rocket fire. Also an Arab boy Mohammed Abu Khdeir from Jerusalem was murdered  by revenge seeking Jews who have hurt our hearts by defaming the name of our nation. My heart was broken when I heard the news of three boys, confused and stricken by the thought that someone could murder innocent teenagers in cold blood. I was sickened by the mere thought of the celebrations of people in Gaza, for how can you celebrate the kidnapping of children? We did not celebrate, we were horrified at the thought of our people killing a child as all civilized people should be horrified at the thought of children being murdered.

And now our beautiful tiny country is under attack once again, as the terrorist organization Hamas which has full control and authority over the Gaza strip reigns terror into the holy land. With 500 rockets since last week, Hamas shows that not only is it not interested in peace, it does discriminate between Jew and Arab. Hear me in this, Hamas does not care who it hurts as long as it hurts and instill fear into the people living in Israel whomever they may be. I call for those who declare that Hamas or Fatah are peace partners to stop lying to the people and to recognize the threat that we face. The people of Israel are under attack, and not just from rockets. The attacks come from Diplomatic and Political sources as well. This cannot continue, people of conscious must stand up and defend the truth.

Whenever Israel is attacked, you hear a lot of talk about that Israel should exercise restraint, and yet this is not and cannot be a time of restraint. Please if you can name one country that would allow its civilian poplulation to be attacked and would do nothing. What would Putin or Abbot or even Hollande do in such a situation?. Well i pray those countries never have to make that choice, I condemn anyone who tells a country that it is not allowed to defend itself and its people from terror.

Hamas controlled Gaza is launching rockets to land all over Israel, and when as Israel retaliates to protect its people it seems to expect no recourse. And pro Palestine supporters are putting up pictures from Iraq and Syria with the hashtag #Gazaunderfire. The truth seems to be of little importance to them as as opposed to helping Palestinians,  their real mission seems to be about vilifying the state of Israel.

And so I say please, spread the word and tell the truth. Help the only democracy in the middle east and the home to Jews, Muslims, Christans and others. Use your words and your actions and defend this beautiful country as she is attacked from all sides. For we must all stand up for what is right and for what is just.

About the Author
Lianne is a student at Suny Albany studying political science with a global concentration, with a minor in Business.
Related Topics
Related Posts
Comments